If Granada, Nicaragua is in your travel plans, have I got a tip for you!

You need to add Casa San Francisco to your to-do list, most preferably as a place to stay… or even just to grab a drink or a dish at the delicious restaurant (if it happens to be already booked full). This gorgeous, ethical, boutique hotel is an absolute institution in Granada, and missing it would be a big mistake. Here’s why. 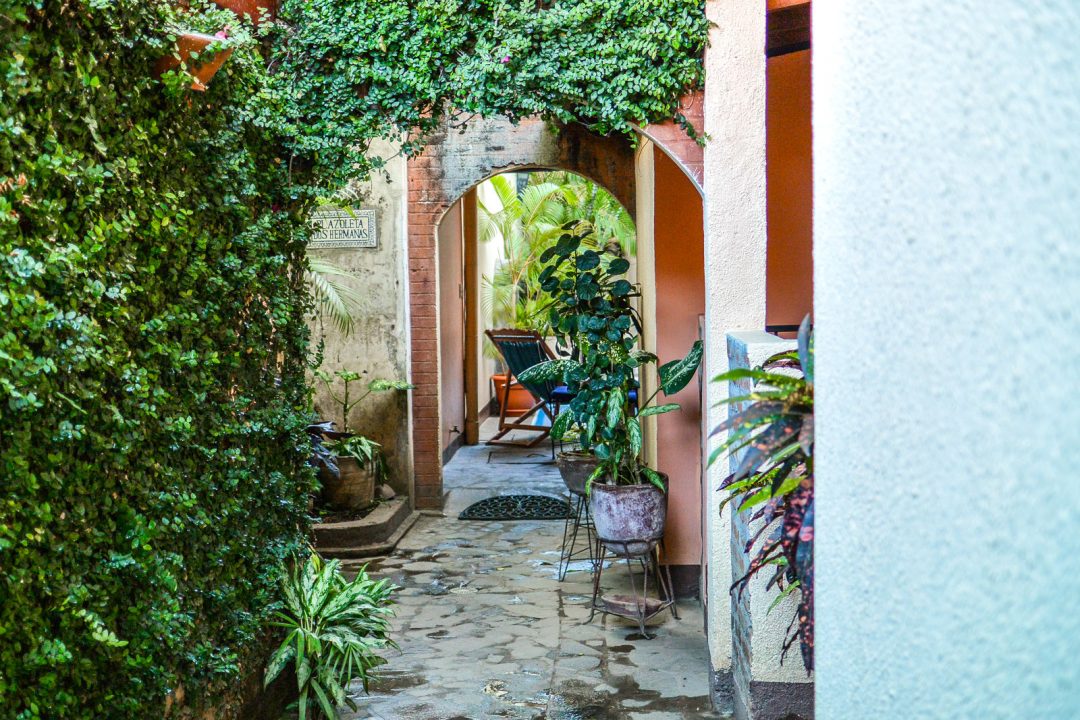 Sterile, plain chain hotels are not really my cup of tea. My preference? Colorful elements, unique details, and a playful vibe. Casa San Francisco fits that description to a T.

Casa San Francisco is, without a doubt, a small hotel with a big personality. 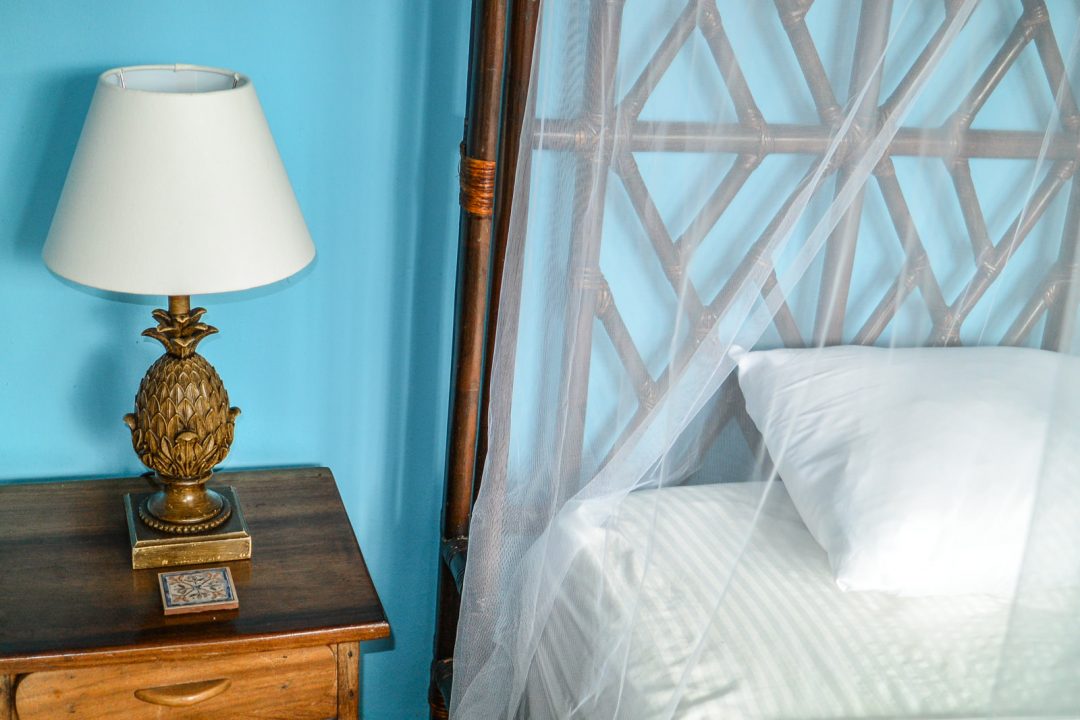 Each room is different, dressed up with little details from around the world while remaining undeniably local. My room, in particular, was exactly how I’d want my house to look someday: ornate, bright, and welcoming. I’d call it: interesting and story-filled without feeling like a museum. 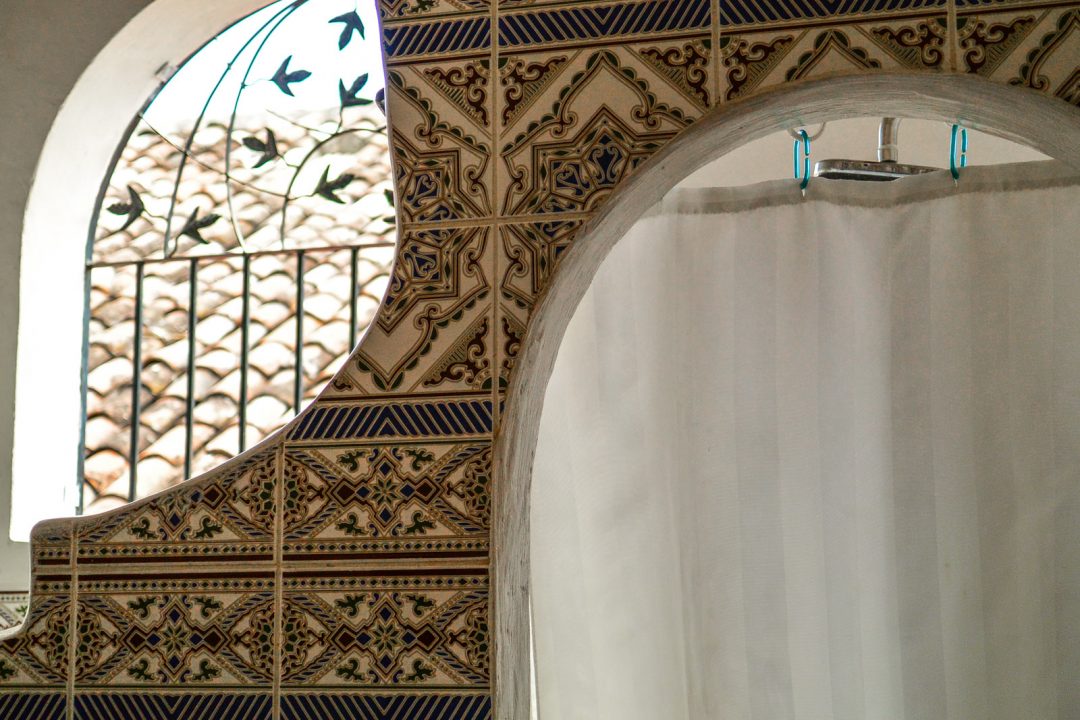 The bathroom was especially memorable, with an open window to hear the birds chirping, bright tiling, and a special silhouette (who said showers need straight lines?) 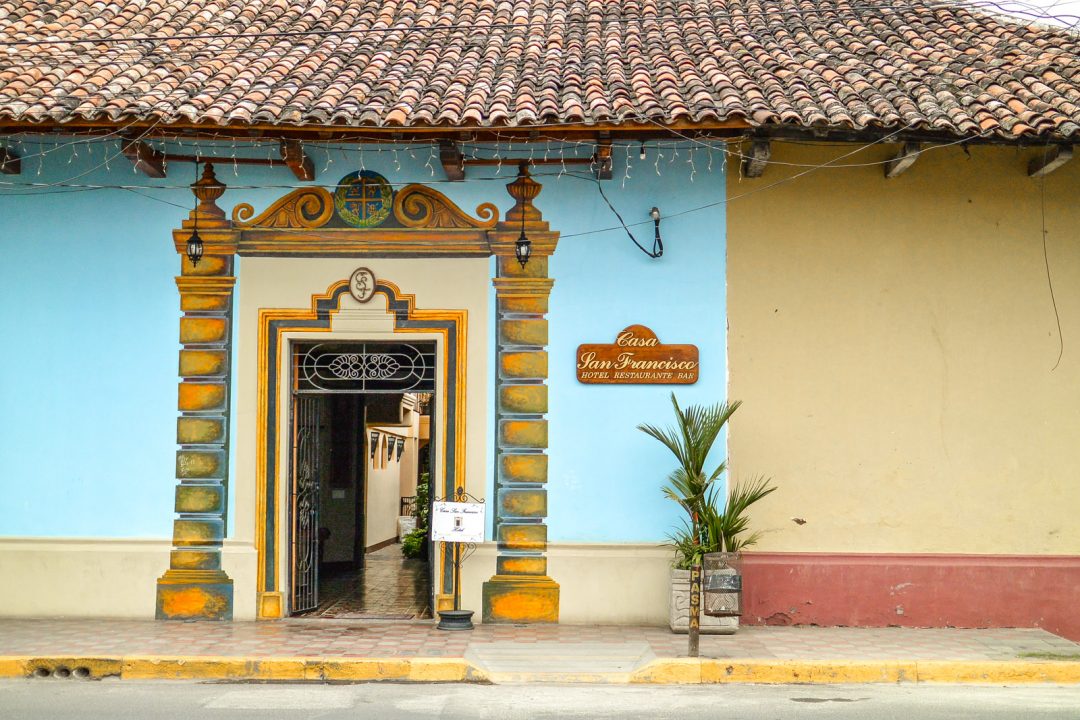 Casa San Francisco has been around for a while and seems to be THE place to be for expats and visitors. I often saw groups gathering in the evening outside these front doors, on the sidewalk, chatting, hanging out. 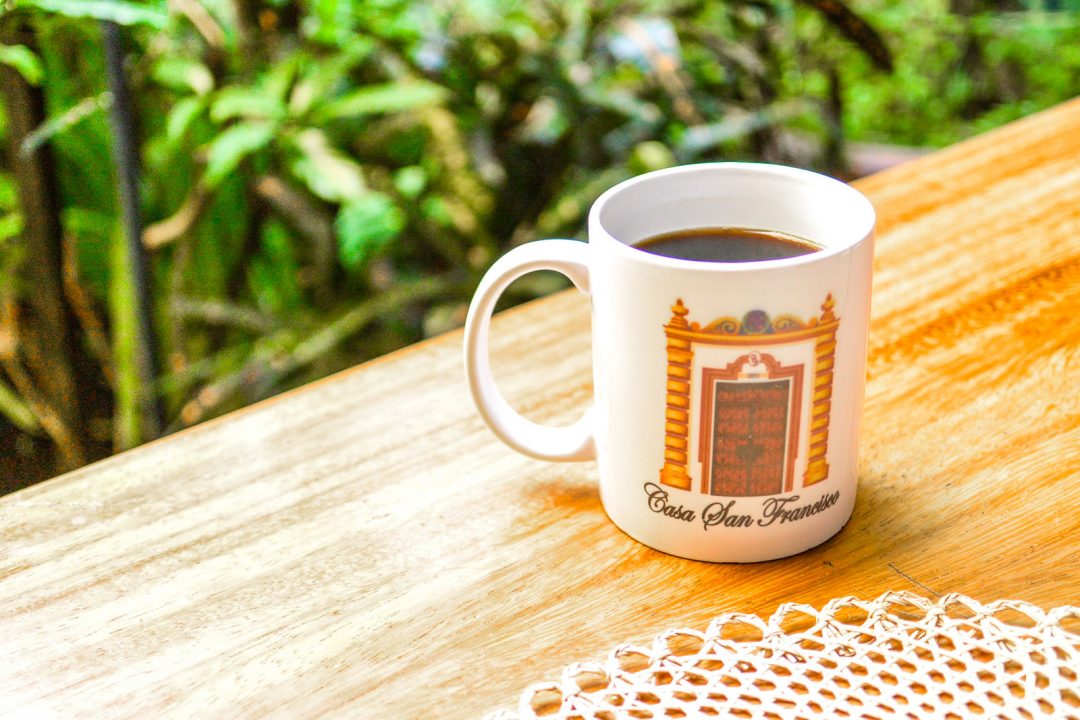 In the morning, guests tend to take long (delicious) breakfasts, lingering over coffee while chatting to one and another and to the owner. 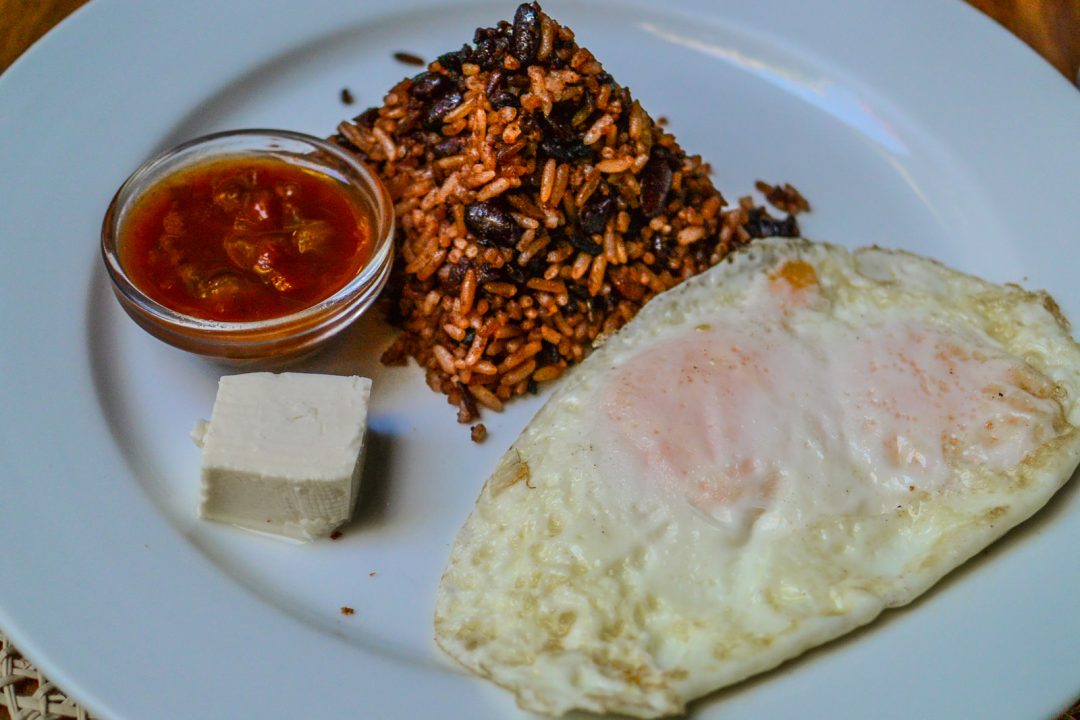 I wasn’t the only fan of the breakfasts; every guest (and restaurant-visitor) raved about the food. 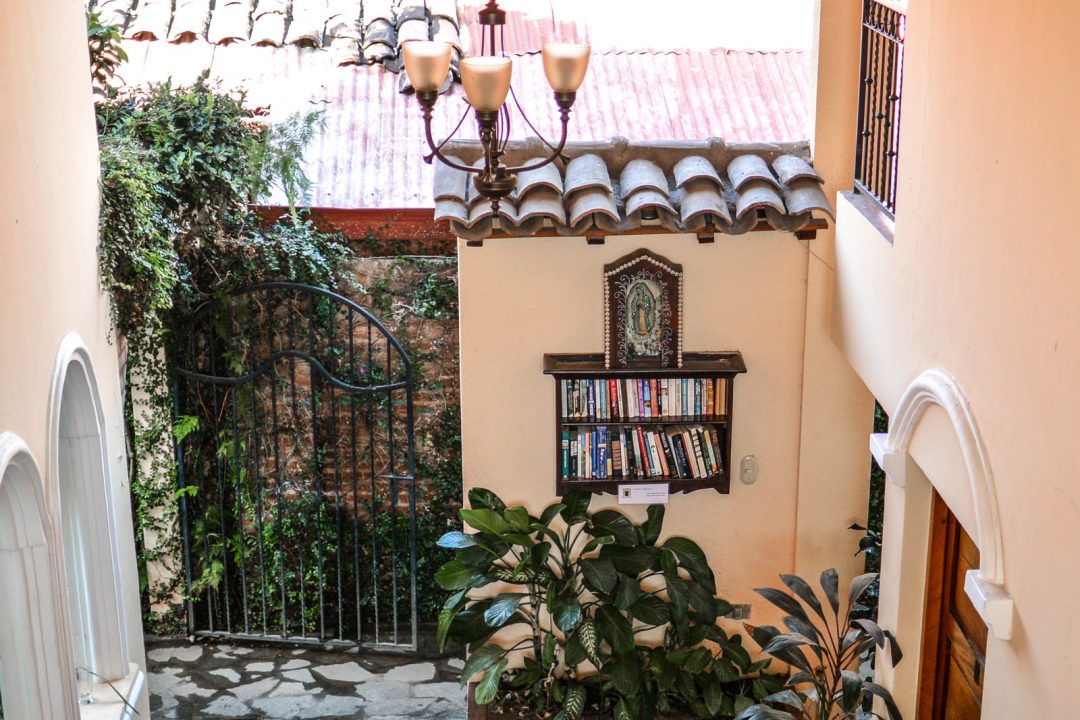 How cool are the Casa San Francisco sisters? One of the sisters, Terry, recently taught herself filmmaking and created this award-winning movie about former guerilla fighters and victims finding peace and forgiveness in Sierra Leone: Journey From War To Peace from Terry Leary.

The other sister, Nancy, regularly opens her home to visitors on the Granada Colonial Home Tour, whose proceeds entirely benefit the children of Granada through a public library project (Biblioteca Puedo Leer) and scholarships at the Sacuanjoche International School. 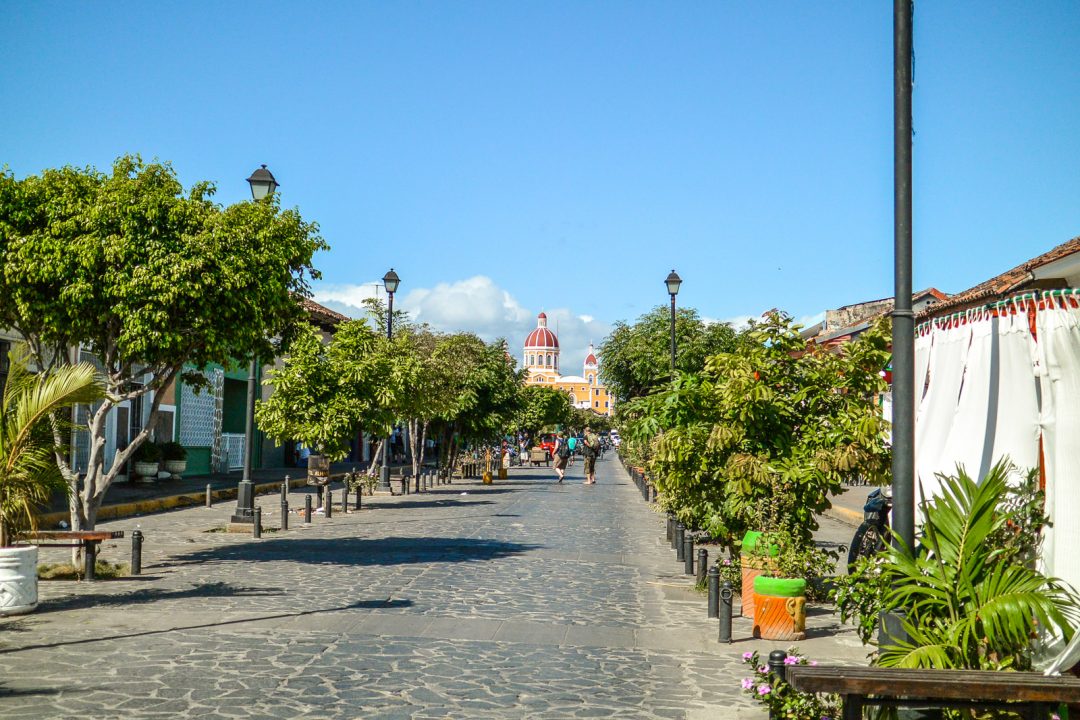 Casa San Francisco is literally in the heart of Granada, while far enough from Calle Calzada to avoid the neverending noise (and drunken tourists).

The hotel is walkable to everything (and convenient, too), whether you want to visit Mombacho Cigars, get your drink on at the aforementioned Calle Calzada, or get some yoga in at PURE.

Speaking of PURE, if walking isn’t enough for you, you can get a free gym pass to PURE from the front desk. I absolutely love this concept and wish more hotels would adopt it: instead of squeezing in a small, ill-equipped gym, let guests take advantage of a “real” workout nearby! 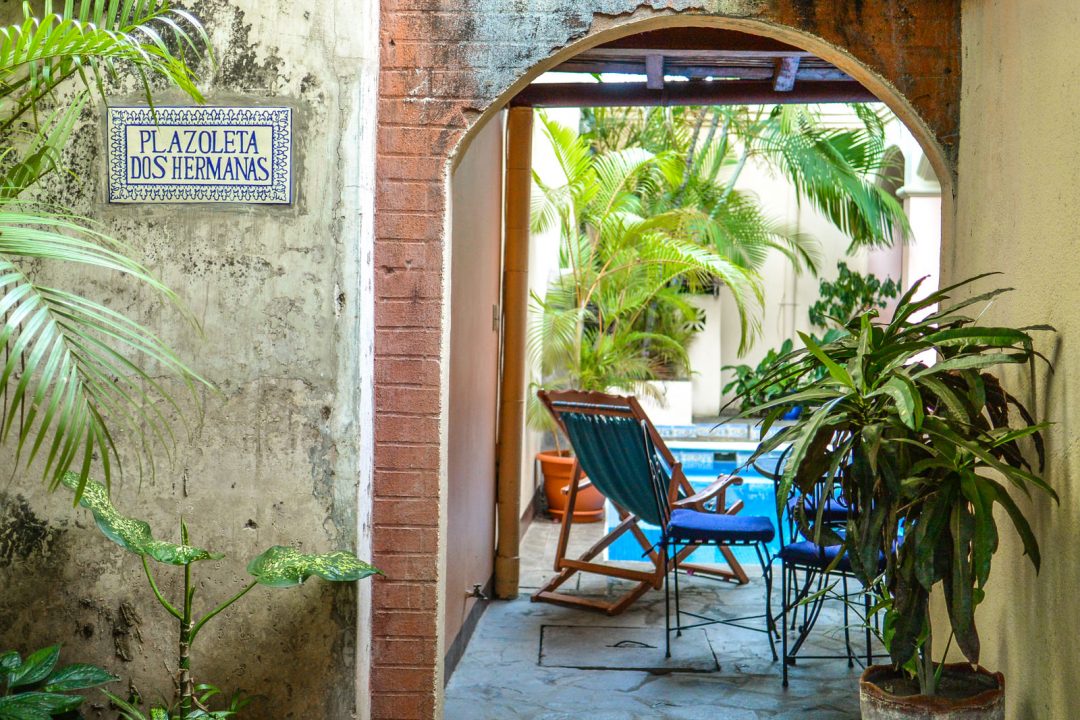 Luckily for Casa San Francisco guests, stepping into the courtyard feels instantly more comfortable. As compared to the street or sidewalk temperatures, I’d go so far as to say it feels a good 10 degrees cooler within the hotel. Maybe it’s just my imagination, or maybe it’s the work of the fountains and plants, but the courtyard is definitely where you want to be to wait out the hottest bit of the day.

Add to that the pretty plunge pool, and relaxing poolside chairs, you’ve got the perfect midday escape.

“Just do it” wifi and spaces 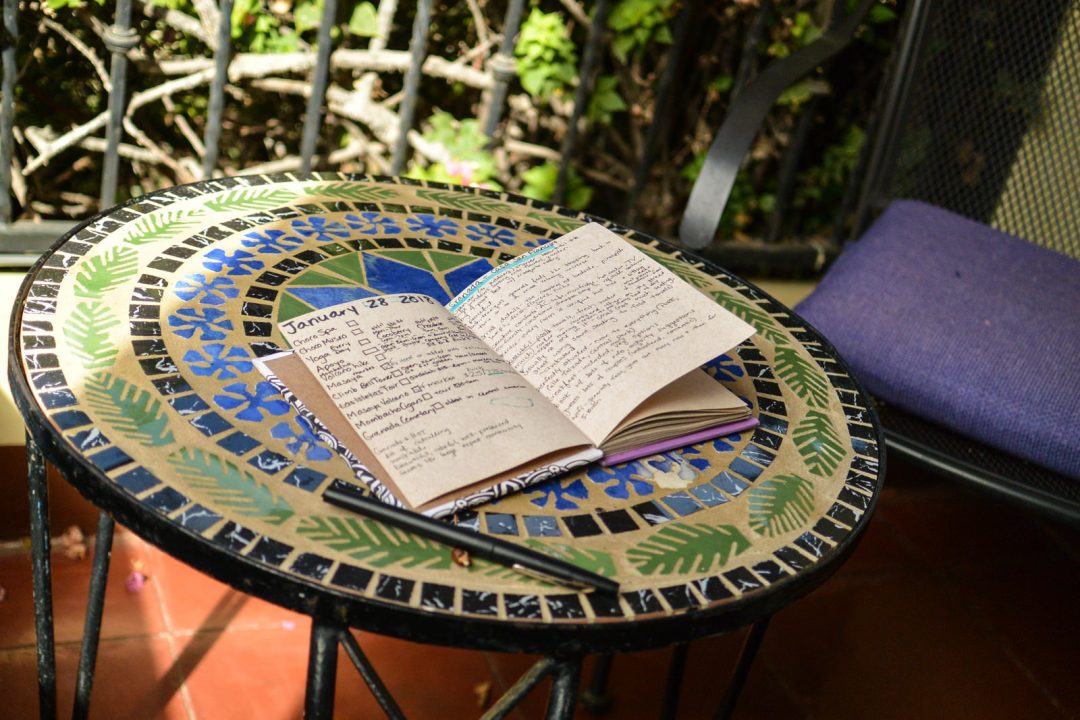 I hope you don’t have to connect, but if you’re in love with your work like me, you probably will. At Casa San Francisco, you can get on and get whatever you need to do done and get off without messing around with different networks and slow connections.

Of every hotel, restaurant, and cafe I visited over 2 weeks in Nicaragua (and that’s a lot of places), Casa San Francisco had BY FAR the best wifi.

Aside from the fast wifi, I also found Casa San Francisco great for getting other work done. I felt especially motivated to write, with just the right amount of ambient noise and plenty of inspiring spaces. 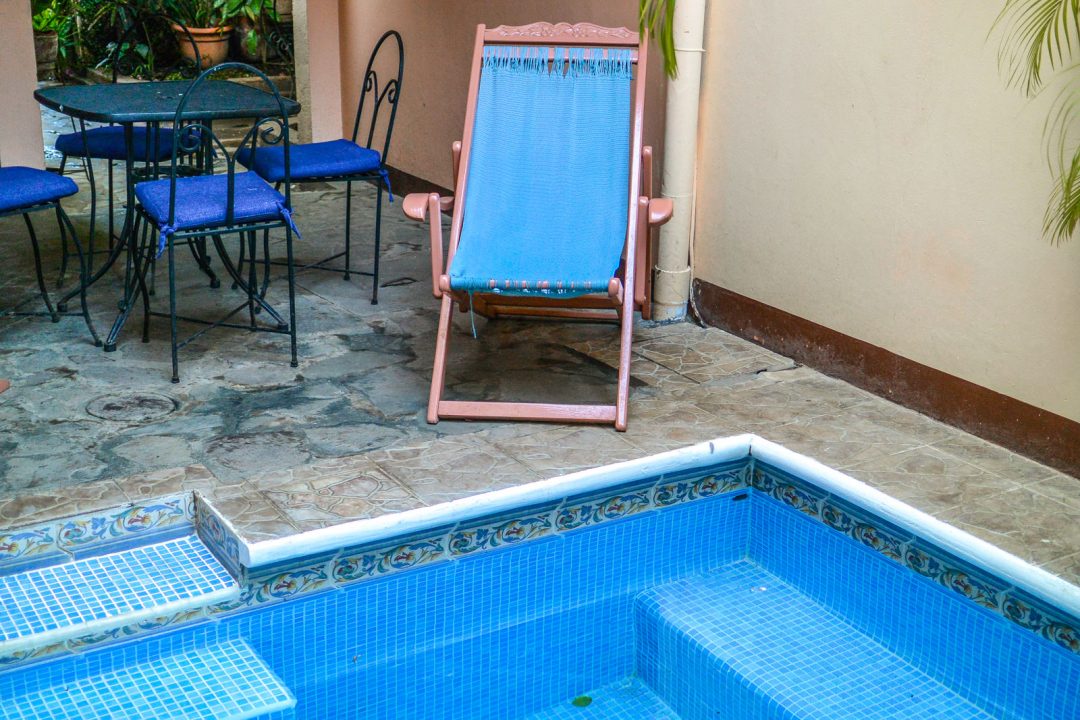 Sometimes boutique hotels, especially in restored colonial homes, can feel a bit stuffy. I’d describe that asthetic as being built for looks rather than for comfort. That’s not the case with Casa San Francisco. While beautiful, every aspect feels comfortable and inviting. 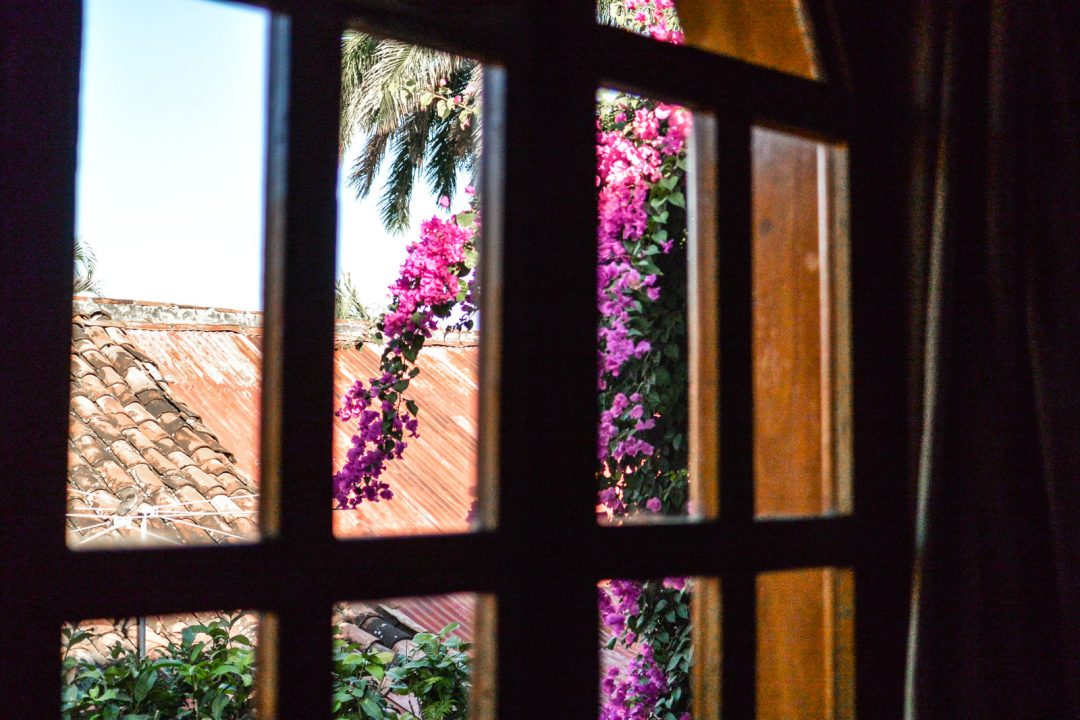 The presence of bright, colorful flowers everywhere you look (including from my room window) felt particularly homey, beautiful, peaceful… all at once.

Every room has its own sitting area, but there are also several common area options that seem to literally beckon you into sitting, relaxing, enjoying the lovely hotel and its offerings. 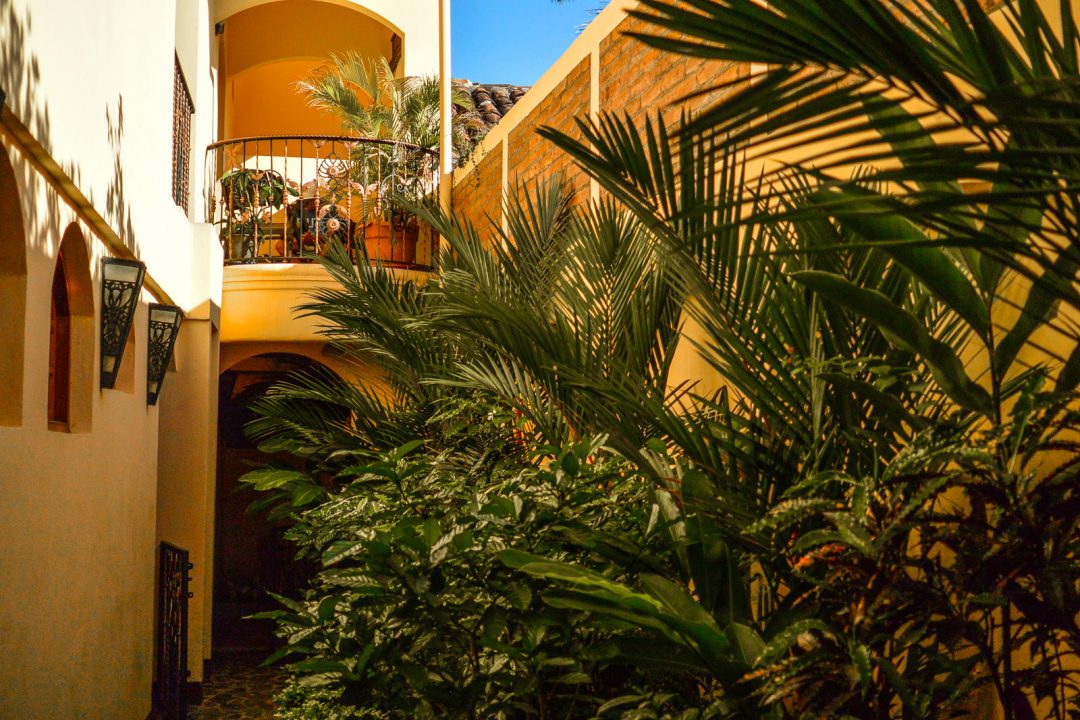 In 2018 and beyond, I’m focusing on ethical travel and choosing hotels that reflect this mentality as well.

Casa San Francisco was the perfect choice to start out my year (and life!) of sustainable, ethical, conscious travel. The hotel supports several social projects in Granada, as well as waste separation, recycling, and the sustainable use of water and energy within the hotel.

Beyond just marketing jargon (greenwashing is far too common in the tourism sphere), Casa San Francisco has very difficult-to-obtain Rainforest-Alliance certification and is also a contributor to the Center for Responsible Travel.

You can book Casa San Francisco on their website, or through Booking or Agoda, with rates starting as low as $55 a night.

Pin it for Later: Where to Stay in Granada: Casa San Francisco 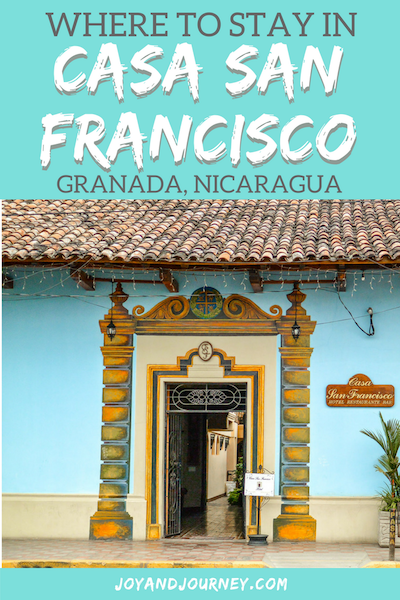 While I was a complimentary guest of Casa San Francisco, all of my opinions and suggestions remain my own.