In almost exactly two and a half years, we have moved in Mexico FIVE times.

This is a pretty ridiculous number in itself, but even more crazy considering our last 3 moves have been with our own furniture (enough for a fully-furnished 3-bedroom house)… and that I really hate moving. Like, I have an irrationally intense, anxiety-producing hatred for moving (this is even more ridiculous considering we’ve lived on 3 different continents over the past 5 years). Shouldn’t I be over this by now?

But I digress. Back to our moving situation.

First, we moved to the Angelopolis neighborhood of Puebla (from Rio de Janeiro, Brazil). We stayed here for just a few months. 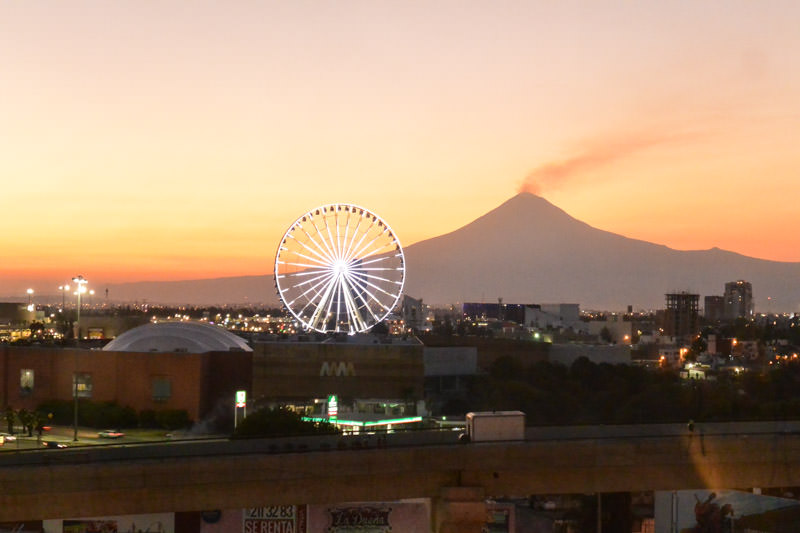 view from our apartment in Puebla

Then, we moved to Mexico City, to the neighborhood of Polanco, where we lived for nearly a year.

view from my old apartment in Polanco, Mexico City

Next, we moved back to Puebla, this time to the Vista Marques neighborhood in Lomas de Angelopolis. 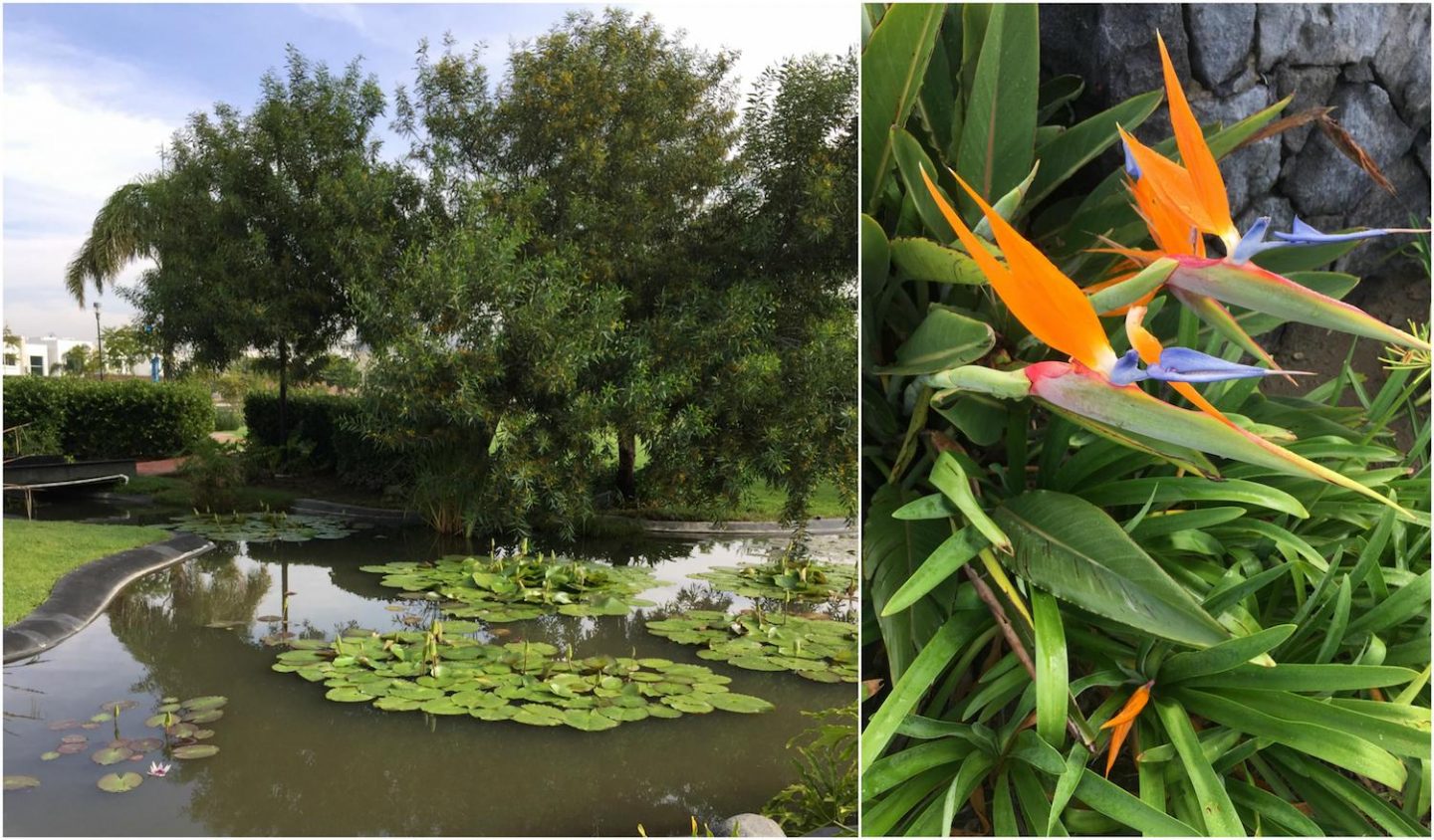 view of the park right next to our “cluster”, Vista Marques, in Puebla

A year later, we moved again, within Puebla, within Lomas de Angelopolis, and within Vista Marques… just to a new house.

Now, for our fifth move, we have left Central Mexico, the region that was our home for two and a half years, to the west coast of Mexico. We’ve left the mild temperatures and reliably-perfect weather of central Mexico for sun, fun, and beach vibes in the vacation hotspot of Puerto Vallarta. 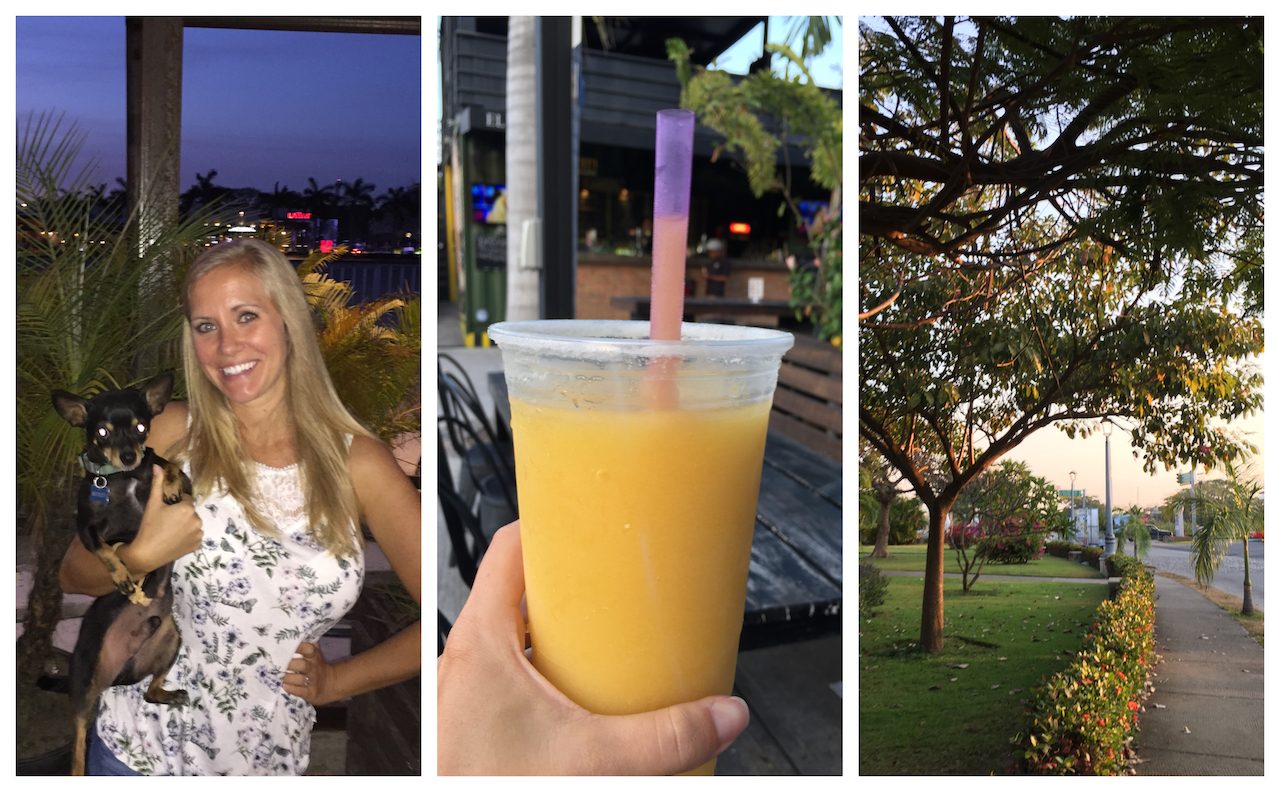 our neighborhood in PV is super dog-friendly, has lots of cool restaurants and parks, and is VERY walkable

Why We Moved from Puebla to Puerto Vallarta

While we loved the convenience of living in Lomas de Angelopolis in Puebla, we both knew it wasn’t a forever choice for us. Still, though, we turned down several other opportunities to move elsewhere, as we were pretty sick of the tumult and chaos that comes with moving (especially abroad, especially especially in Mexico).

But when an exciting new job opportunity arose for my husband (to work in the travel and tourism sector), we thought long and hard, debated the pros and cons (mainly, the humungous and intimately-known con of moving again to somewhere new and the uncertainty and stress that comes with it), and eventually accepted and hoped for the best.

We were almost immediately crushed.

Basically, all the potential negatives that we’d considered came true. Aside from having our furniture lost in an intense fire (knock on wood, it could still happen), everything that could go wrong, did. 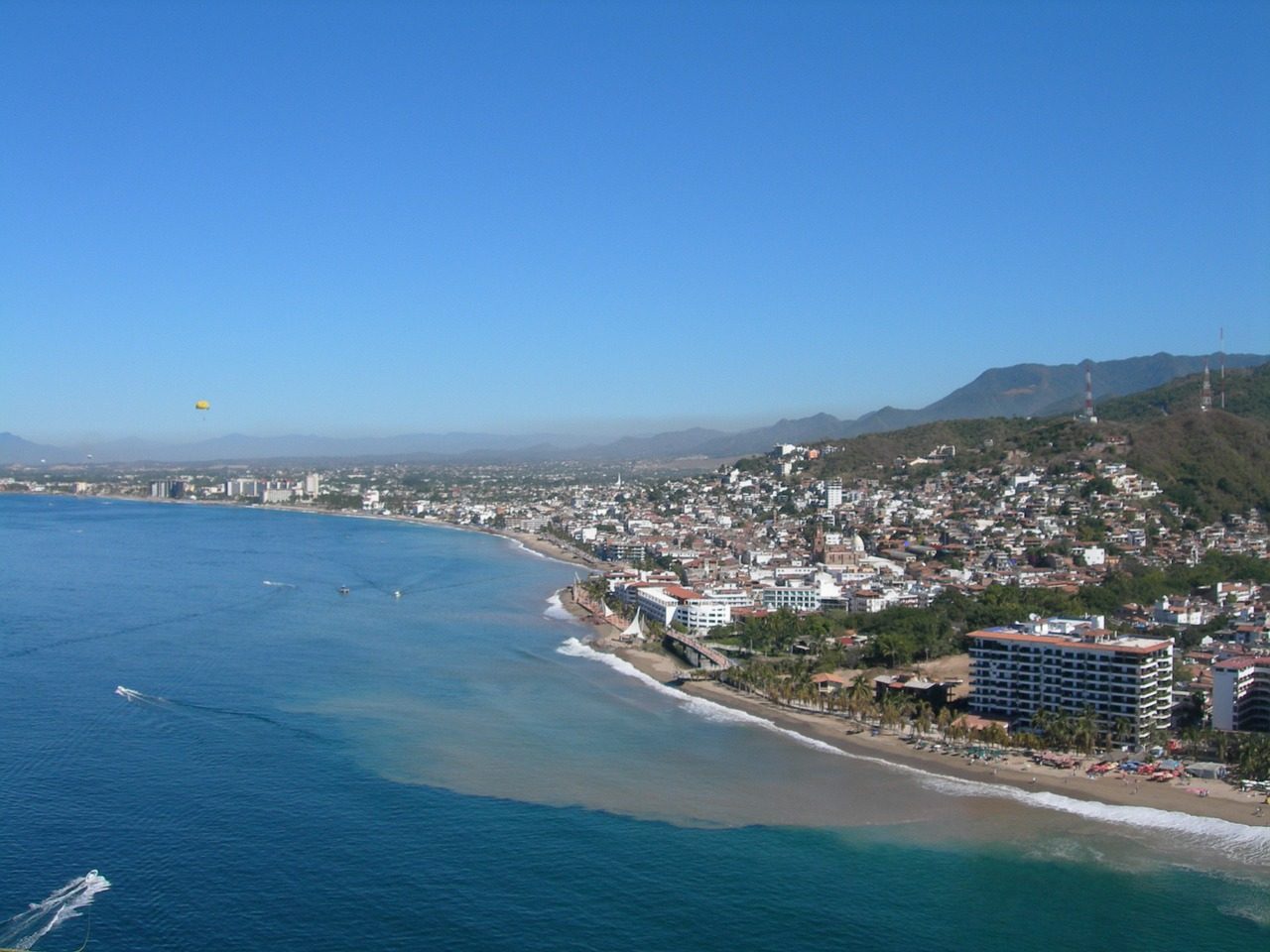 The move was a clusterf*ck of disaster to the highest degree.

From happening with less than a few week’s notice (the new job needed hubs to start ASAP), during my Mastermind retreat while I was away in Mexico City and San Miguel de Allende (shoutout to the peeps who were there and talked me off a metaphorical ledge of literal mental breakdown), to having our moving company cancel THE DAY BEFORE they were supposed to come pack up all of our furniture and move it a 12-hour drive west, after they’d already confirmed and accepted our large deposit, of course.

Luckily, hubs found a new moving company in record time, got the furniture successfully packed, and sent it all west. Even my plants!

But the stress was far from over.

The Puerto Vallarta property situation was an entirely different ballgame compared to Puebla or Mexico City. Because it is a popular vacation town, with the majority of visitors staying for weeks or months, most previously unfurnished apartments have been converted into short-term and Airbnb rentals. Finding something unfurnished (yet mold-free and updated in the last century) was near impossible. Finding a property agent that cared enough to give us so much as a call back on relevant properties was even tougher (why bother with year rentals when you’ve got pricey short-term vaca rental fish to fry? Or they’re just unprofessional jerks. Not sure).

Between starting his new job immediately (stressful enough as it is), hubs was running around town looking at places – for double what we paid in Puebla – that my father would sum up as “flophouses”. He finally, miraculously, found a condo in our price range: 3 bedrooms, 2 bathrooms, in a secure complex with a pool. SUCCESS! 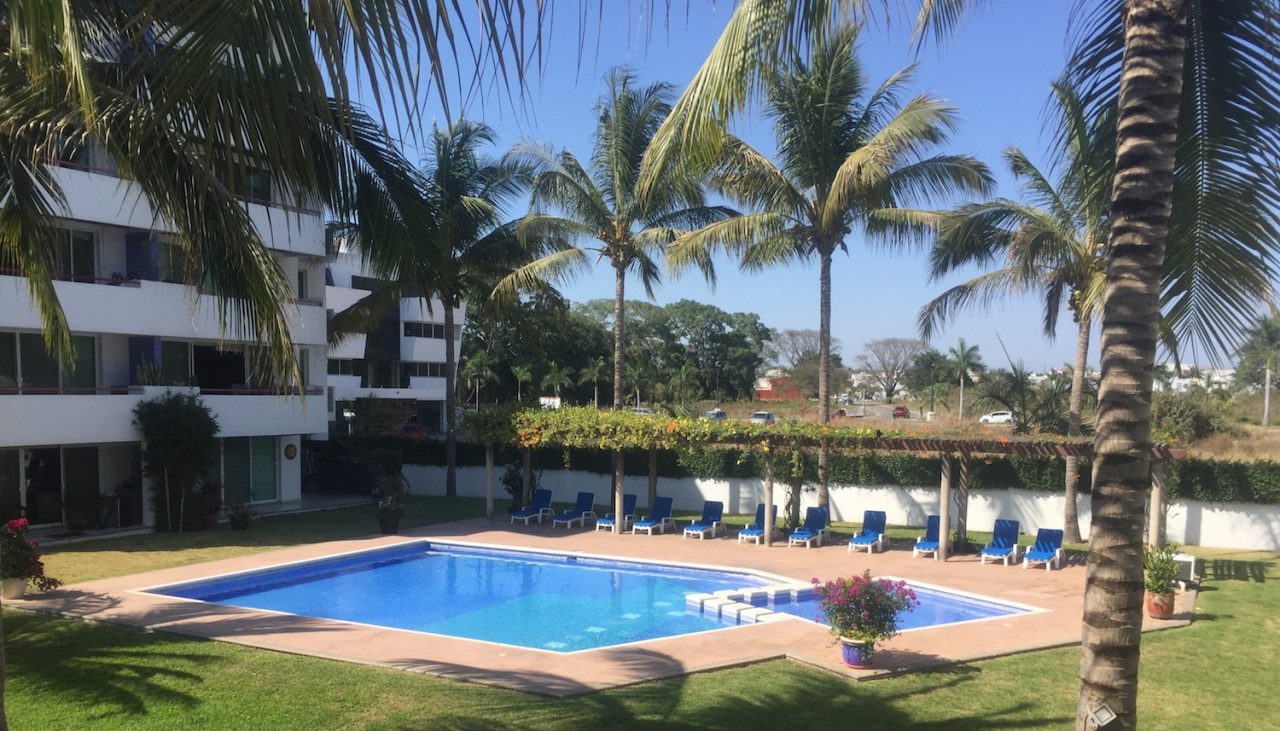 The cherry on top was having our new landlord decide – again, the day before we were supposed to move in, during the high holiday of Easter Weekend, after we’d already moved in our furniture – that we’d have to delay our actual physical move in by 4 days… leaving us scrambling to find a hotel during the busiest time of year, as we OF COURSE declined the landlord’s sleazy offer to stay in his costly, priced-per-night alternative rental while ours sat empty for no reason.

If that was the cherry, then the icing must have been the apartment not being ready when we did, finally, move in (including having no running water, repairs unfinished, broken glass in windows, and no working slider doors, all of which we’d advanced the owner money for weeks in advance so he’d finish the repairs in a timely manner).

unpacking is the worst. It’s especially the worst when there’s no running water and the slider doors don’t work.

And the sprinkles on the top had to have been the thousands of termites that swarmed out of the walls and towards the light for nearly a week until our (very unsurprised) landlord finally sent the exterminator. Do you know what kind of a nightmare living in a tornado of termites is? I DO. Do you know the creepy crawly feeling that there are thousands upon thousands of little living beings chewing their way through your walls? I DO. Do you know what it feels like to live with all your furniture shrink-wrapped and spend your nights spraying clove oil into a multitude of holes and waiting by light fixtures with aerosol spray to stop the critters in their tracks before their chew their way through your saved-for, dreamed-for, of course ALL WOODEN furniture? I sure as shit do. 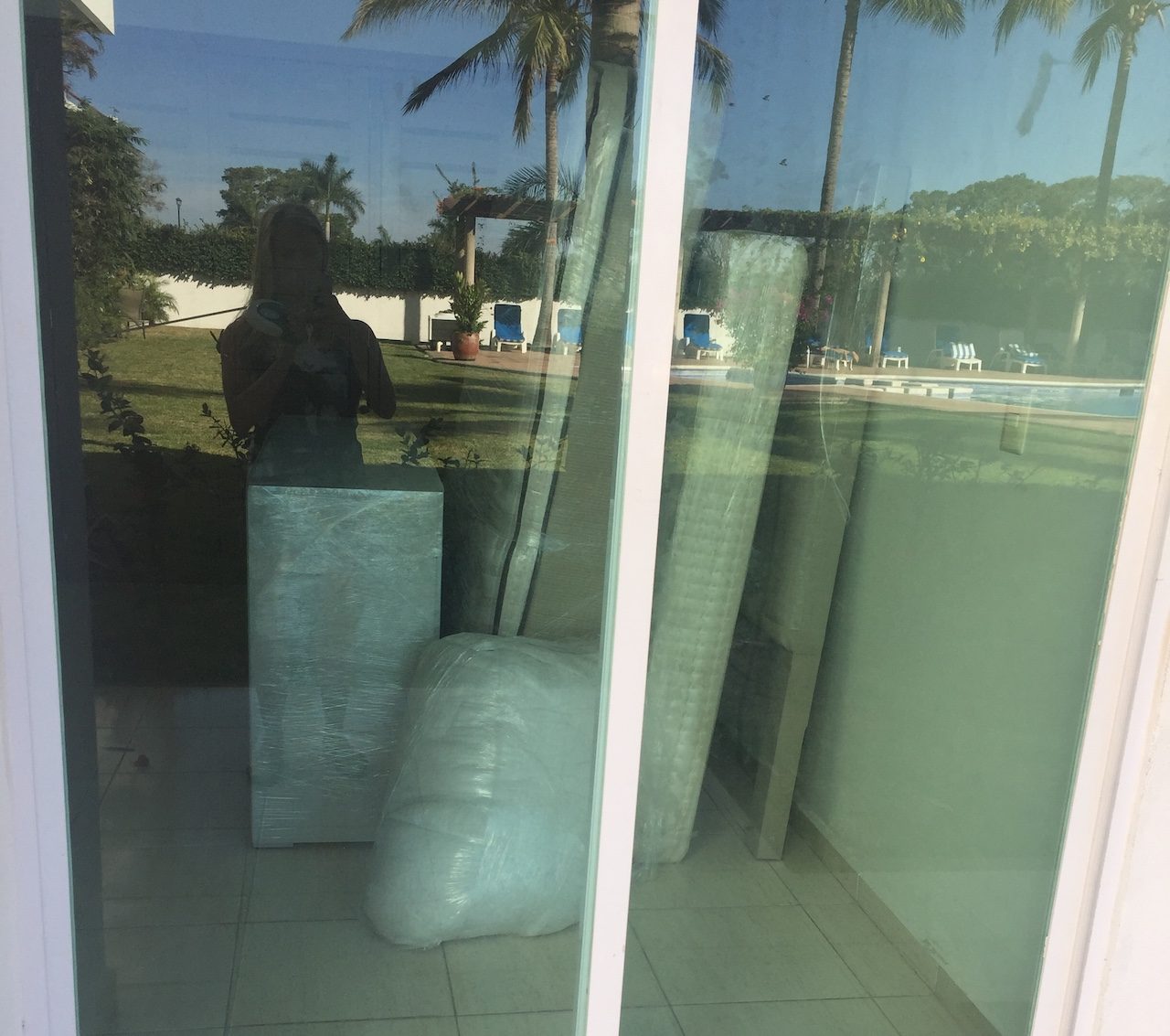 Did I take this photo after our furniture was in but before we could actually move in? Or because the glass sider door was still broken and un-openable? Or because our furniture had to stay plastic-wrapped to protect from termites? So many issues, it’s hard to tell. Or remeber.

I’m definitely feeling this expat life some days more than others. When we were panicking over finding a place to live that wasn’t filled with mold or the exterminator was drilling holes in my walls and pumping them full of poison (something he’ll return to do pretty much every month, for the foreseeable future, including tomorrow), I can’t say I wasn’t wishing to be somewhere else, or for any of my past landlords who didn’t knowingly rent me a house full of bugs that could destroy most of my belongings. But at the same time, I truly choose my life abroad every day.

While living abroad (especially in a place like Puerto Vallarta where people vacation!) looks all fine and fun and dandy, don’t think for a second that any of us expats aren’t dealing with our own issues as well. No matter what social media might be selling you. Aside from being far, far away from most of our friends, family, loved ones, (and Taco Bell), there’s a whole load of problems and headaches and bureaucracy and difficulties that come with it. Also, in our case, apparently termites.

I know every lifestyle, every life, comes with its own particular pros and cons. The danger is in comparison, especially when that comparison involves social media because let’s be honest I took exactly zero photogenic photos of any of those thousands of little termite guys, and how do you photograph a moving company canceling or a move-in date getting postponed? The negative things usually aren’t up on Instagram. You will, though, be seeing a ton of photos of the pool in my complex (which I’m in love with and my wifi reaches – when it’s actually working – so I literally worked from the pool today) and Puerto Vallarta in general (which is also a major LOVE LOVE LOVE so far).