A year and a half living in Rio de Janeiro as an American expat lady left me with some fond memories, more than a few regrets (I should have spent more time on the beach!), and more than a few moments that still leave me shaking my head and laughing. If I could travel back in time, and tell just-coming-from-Bangkok-me a few things… these would be it!

You will gain weight. 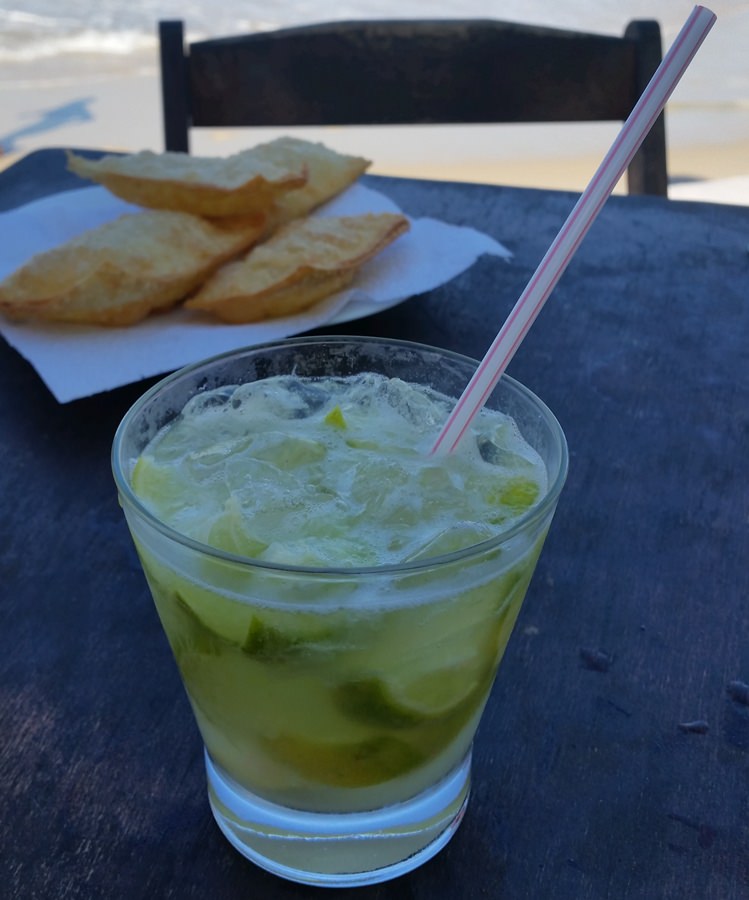 cheese salgados and caipirinhas: the lunch of champions (also the fast track to gaining a pound a week)

It doesnt matter if you seem to eat the same as everyone else.

A churro, salgado, and juice everyday = an extra 10 pounds of flab for you, even if it somehow translates into firm but curvy bodies for everyone else.

You should NOT have “just one more” caipirinha. 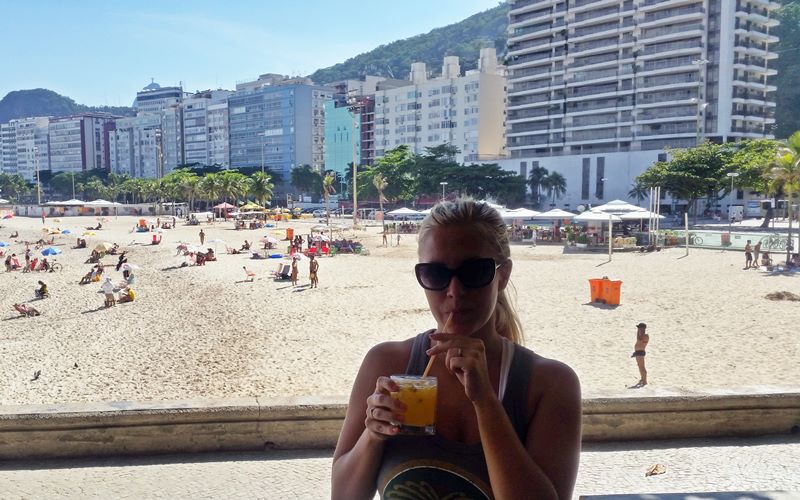 If you’re second guessing me, I dare you to do it. And tomorrow when your head feels like it’s splitting in half and your stomach is rebelling and trying to dispel all the sugary, limey, cachaca-y mess you’ve given it… you won’t ask again.

Everyone else will always be wearing less than you at the beach and FLAUNTING it. 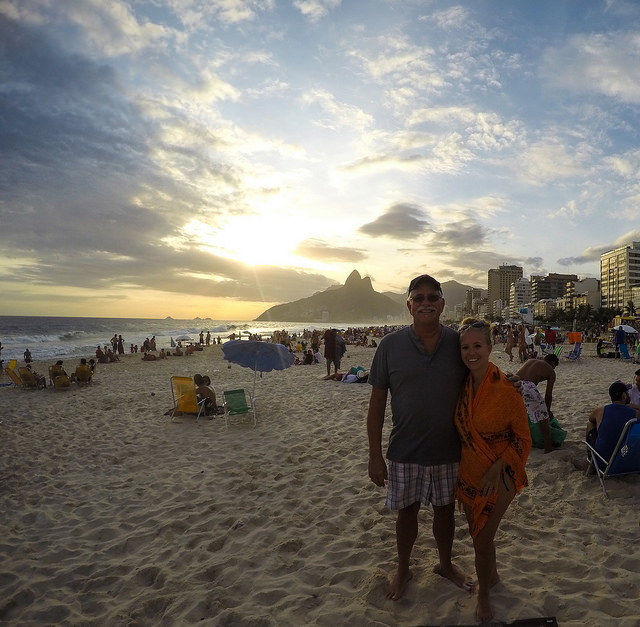 with my dad on Ipanema beach – how cute is he?

Even that 75 year old grandma. In the meantime, you’ll be struggling to keep yourself canga-covered for as long as possible.

You will be the worst dancer at the party. 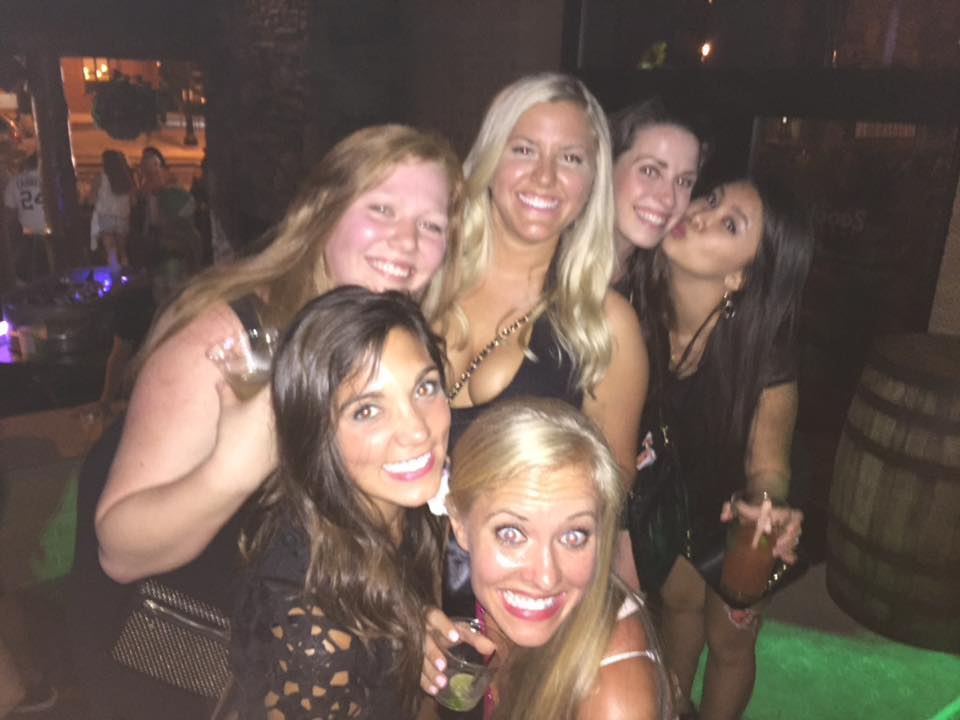 I don’t have a photo of me Samba-ing, because I suck and wouldn’t want that documented. Instead, here’s a photo of me looking totally insane at my bachelorette party. You’re welcome

Without fail. You will never be able to samba, it doesn’t matter whether you throw away thousands of reais into lessons (unless you’ve been blessedly gifted with ridiculously more innate rhythm than the average American Jane).

You’ll love the women’s only car on the metro.

For the most part…

But you won’t understand why there are consistently dudes in there if the cop isn’t hauling them out. And it will piss you off.

You’ll have to strategically plan your haircuts to coincide with trips outside of the country. 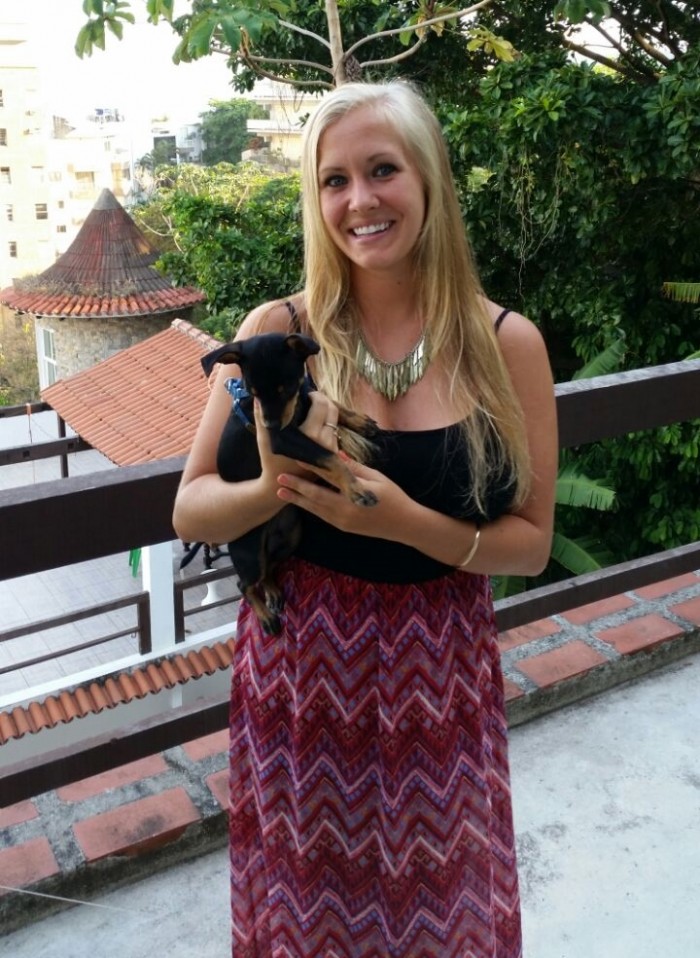 long and stringy was my only hair option

No one will know how to cut your thin/fine/naturally blonde hair. Step AWAY with that straight razor!

Save yourself pain and agony (or your fiance cutting your hair in the shower with a pair of cheap kitchen shears), and just get a haircut every time you’re in the US.

The struggle is real with Portuguese. 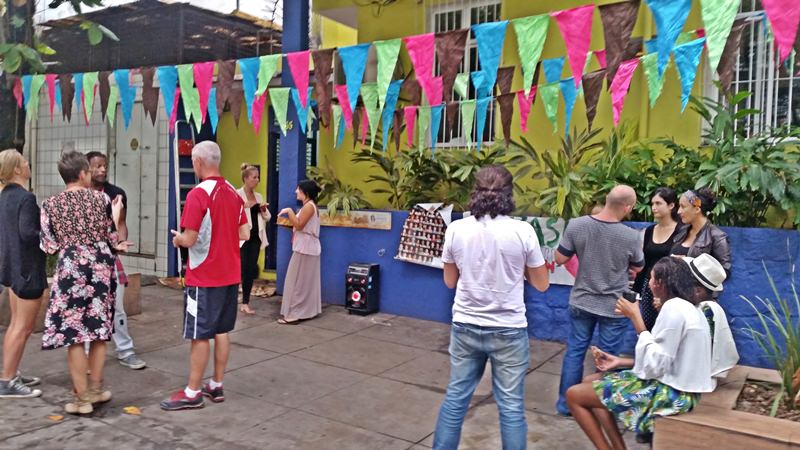 outside the language school where I burned hundreds of dollars and failed miserably at Portuguese (my fault, not theirs)

Your dad will always want to come visit and for once doesn’t encourage you to move back to the US. 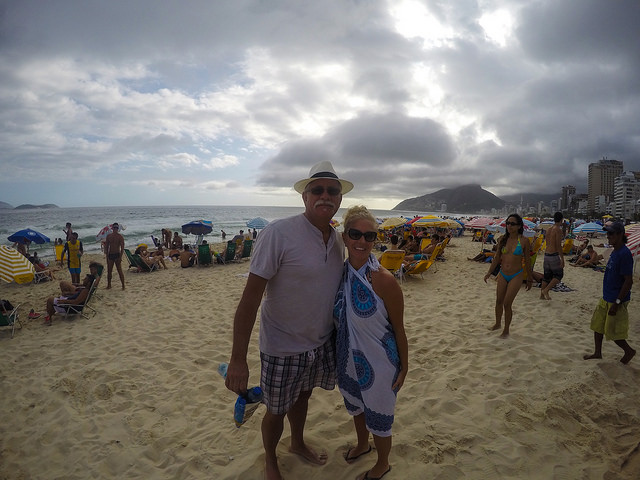 … the lady to the right of us

If you haven’t been to Brazil, I’ll let you in on a not very well kept secret: the women are absolutely stunning and wear almost nothing on the beach.

You WILL be constantly hit on everywhere you go. 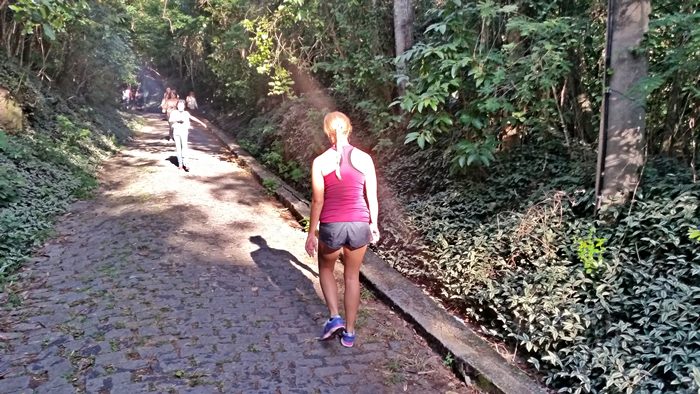 Even when you’re sweaty and gross

It doesn’t matter how mediocre you think you are everywhere else in the world. Machismo is alive and well in Rio, and almost every man you come across will feel fine and pleased to tell you exactly what he thinks of your ass/body/face. From 7 years old to 97 years old.

You don’t think you could ever get bored of flattery and attention from guys. 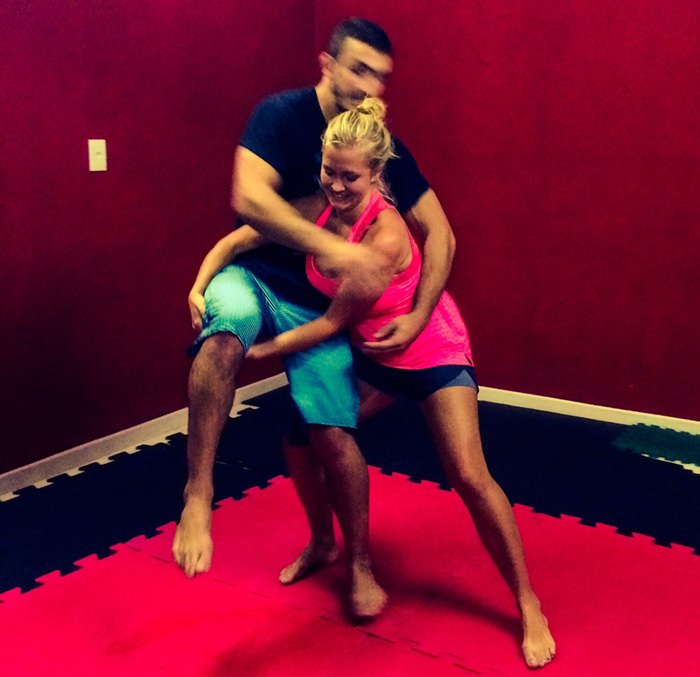 learn self defense to combat all those grabby-grabbers

Until you do. An hour later.

You’re still sick of it, a week later when you vow to never leave the house unless your hair is back in a greasy ponytail, your face is makeup free, and you’re as covered as possible. The key is to try and look as unattractive and unappealing as womanly possible.

You need to stop being on time.

You NEED to just give in and enjoy the lateness. Everyone will always be thirty minutes to three hours late. Stop stressing and embrace the lax time attitudes. And always tell everyone at least 30 minutes BEFORE you plan to have the main dish ready at the dinner party.

Everyone else back home will assume you practically live at the beach.

You’ll feed into that fantasy, and never tell anyone it’s overrated and you only go on weekends with friends because
1. the sea is super wavy and sometimes dirty (especially Copacabana)
2. it is hot as FUCK and humid on the beach
3. the sexual harassment is out of control 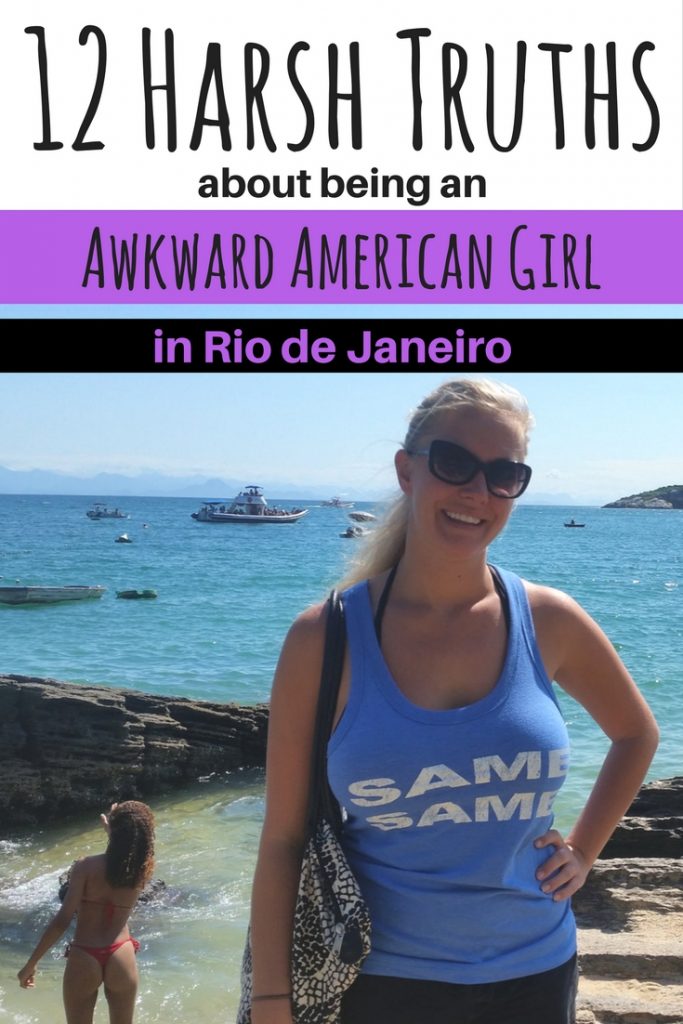 Did I miss any harsh truths?