I tried my hand at European low cost flying for the first time this month. I really jumped in head first, scheduling FOUR Wizzair flights in less than 3 weeks (yes, I’m crazy). But with Wizzair (or any low cost), comes some crazy connections and long layovers.

My very first Wizzair flight was Belfast to Katowice: with an overnight, 9 hour long, Katowice airport layover. Because I’d be taking the next leg to my main destination the next day, I passed on sleeping in the simple yet clean Katowice airport, and went for a snooze in the nearby Hotel DeSilva Inn.

I wanted to be refreshed, rested, and ready to rock my first day in Haifa.

Full disclosure: What I REALLY wanted to be on my A-game and unjetlagged in order to eat as much falafel as humanly possible…. while not looking like a stinky hot mess that’d gone 30+ hours without a shower or a bed. I’d be seeing my husband for the first time in over the week, I wanted to look cute. Keeping that magic alive, my friend!

So, why is a stay at Hotel DeSilva SO much better than sleeping in the airport when you’ve got a long Katowice airport layover with Wizzair? Or Ryanair? Or any other airline that saves you a TON of money but puts your mind, body, and soul through the wringer?

You get a good night’s sleep. 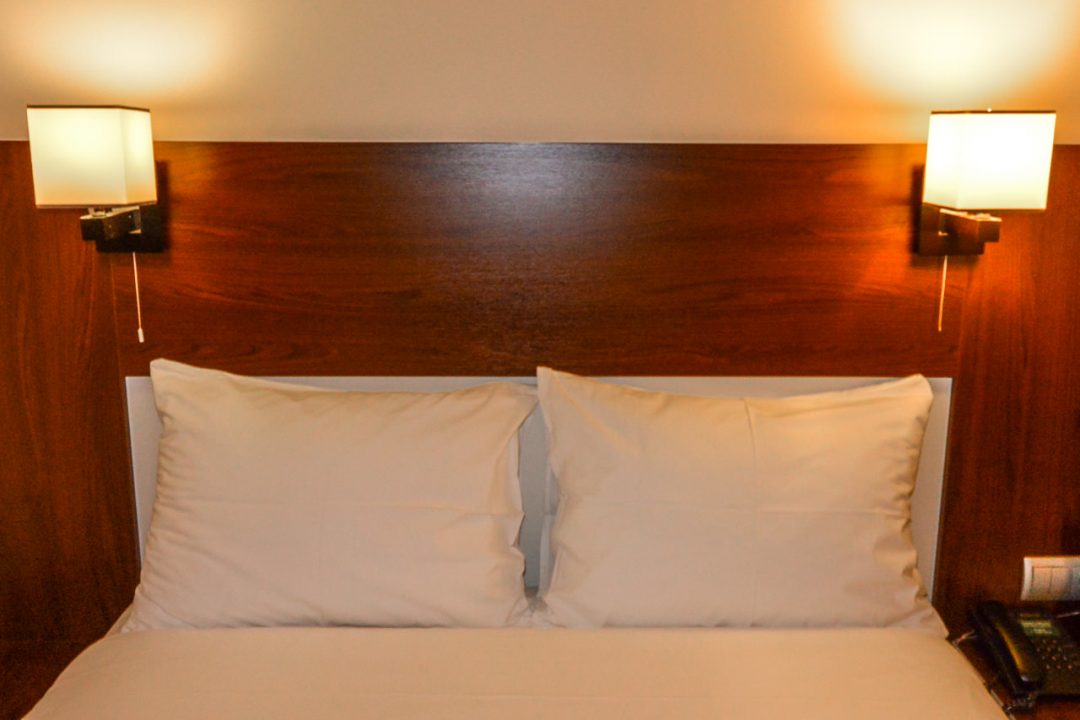 I don’t sleep well on airplanes, and I’ve found low cost airplanes are the worst both in terms of comfort and noise.

I get downright cranky when I’m low on sleep, so catching up on some Zs is an absolute necessity if I’m going to arrive to my destination in my typically bright and cheery mood.

You get to SHOWER! 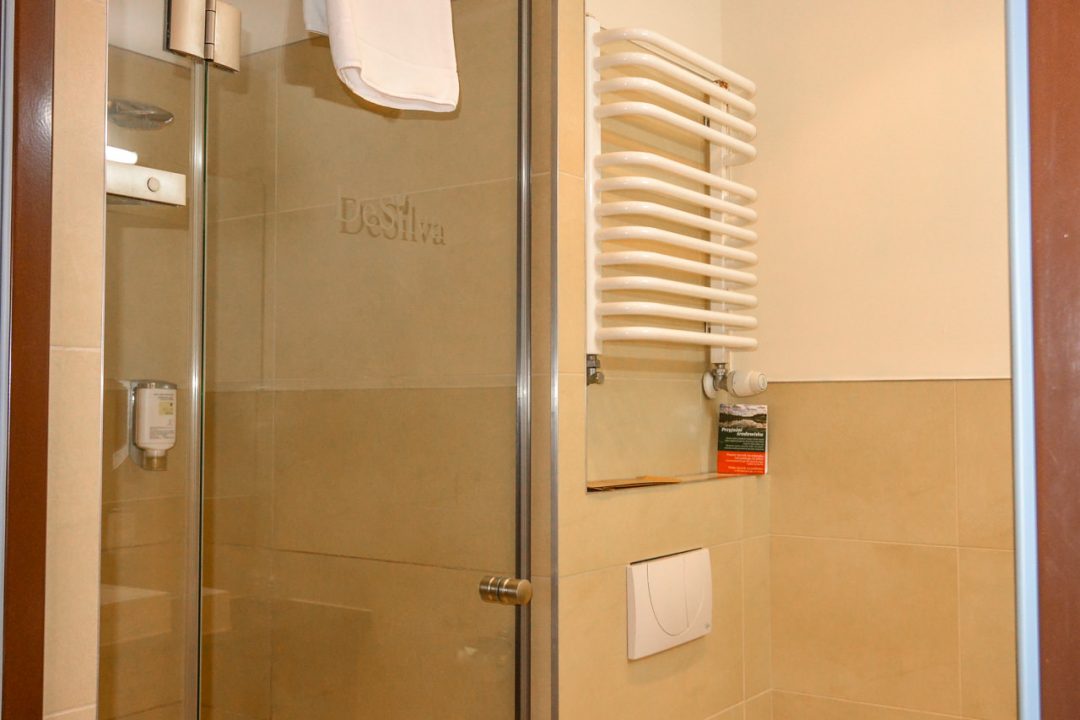 This might be my most beloved aspect of forking out some cash for a hotel instead of riding out the night in the airport. I hate feeling dirty and plane stink is REAL. Hours of other people’s exhaled air (and sneeze, and cough, and fart) molecules have been bumping up against your skin. You want to wash that ish off ASAP.

You can take the airport shuttle.

Hotel DeSilva is just a few minutes from the airport, but you don’t need to bother with wrangling a taxi. The hotel has 24 hour shuttle service. You can either call reception (0048 32 393 88 88) for the shuttle to come for you, or let the hotel know your arrival details in advance. Easy peasy and SO nice to simply pass through border control and walk straight to your shuttle!

You’ll have fast check-in and check-out.

There’s nothing worse than visiting an airport hotel — or a motor motel while road tripping — and having to wait for slow check-in staff. Or when there’s one staff member to check in 70 people at peak flight arrival rush hour (here’s looking at you, random Sao Paolo nearby airport hotel).

From the time I stepped in the lobby door of the hotel until I was in my guest room upstairs was probably less than 5 minutes. I provided my name, a credit card for incidentals, boom it’s done. It was in the middle of the night and still there were several staff members on hand.

You can order 24 hour room service. 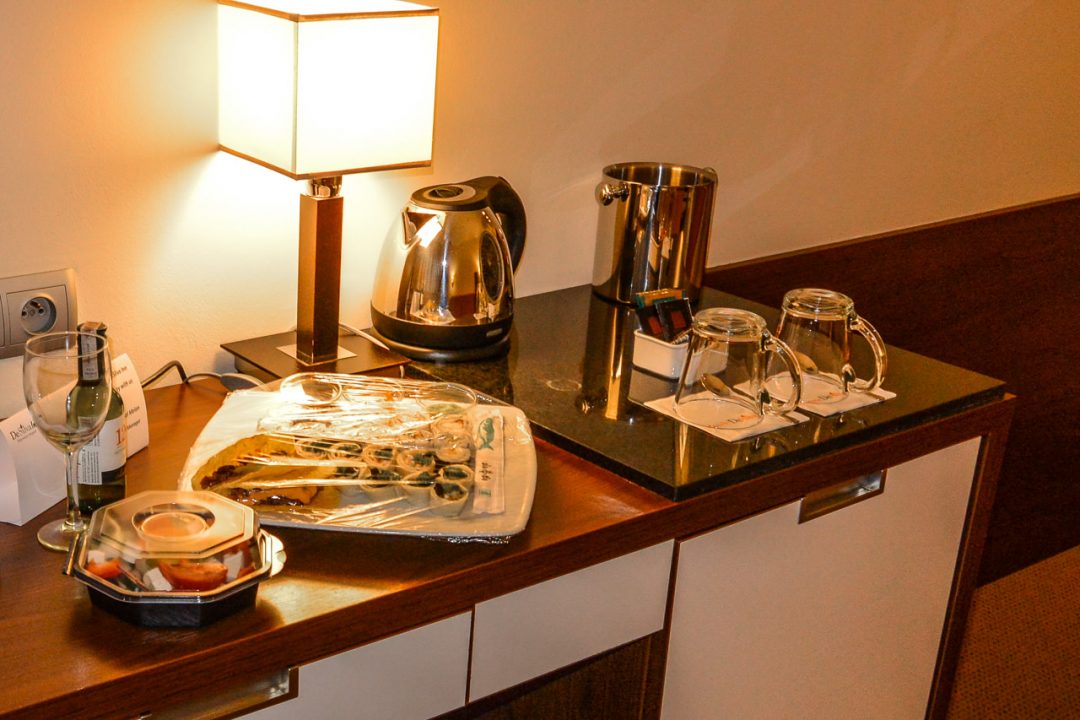 If you’re arriving after a late flight (like I was), the last thing you want to do is figure out where to get food and how to get there. Luckily, you’ve got a plentiful room service menu to choose from.

The breakfast is badass. 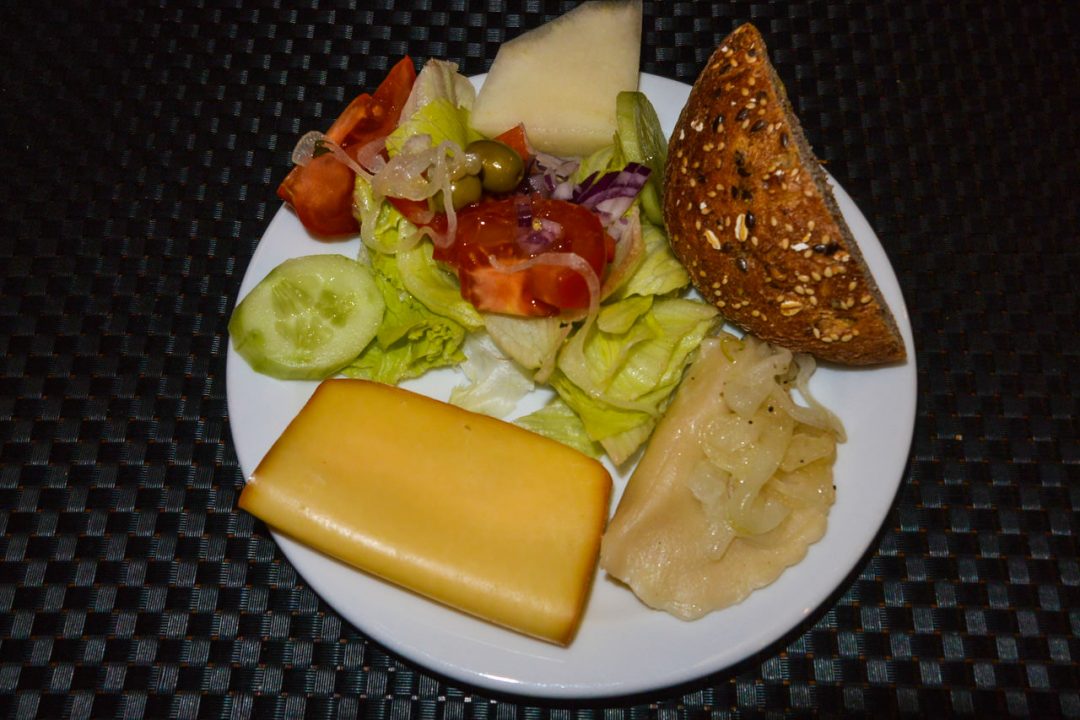 I didn’t have high hopes, but I was absolutely blown away by the breadth and depth of the breakfast. There were tons of fresh veggies, fruits, many different kinds of cheese and bread, and standard cereal and yogurt fare, in addition to Polish standards.

THIS is the way to start your day. 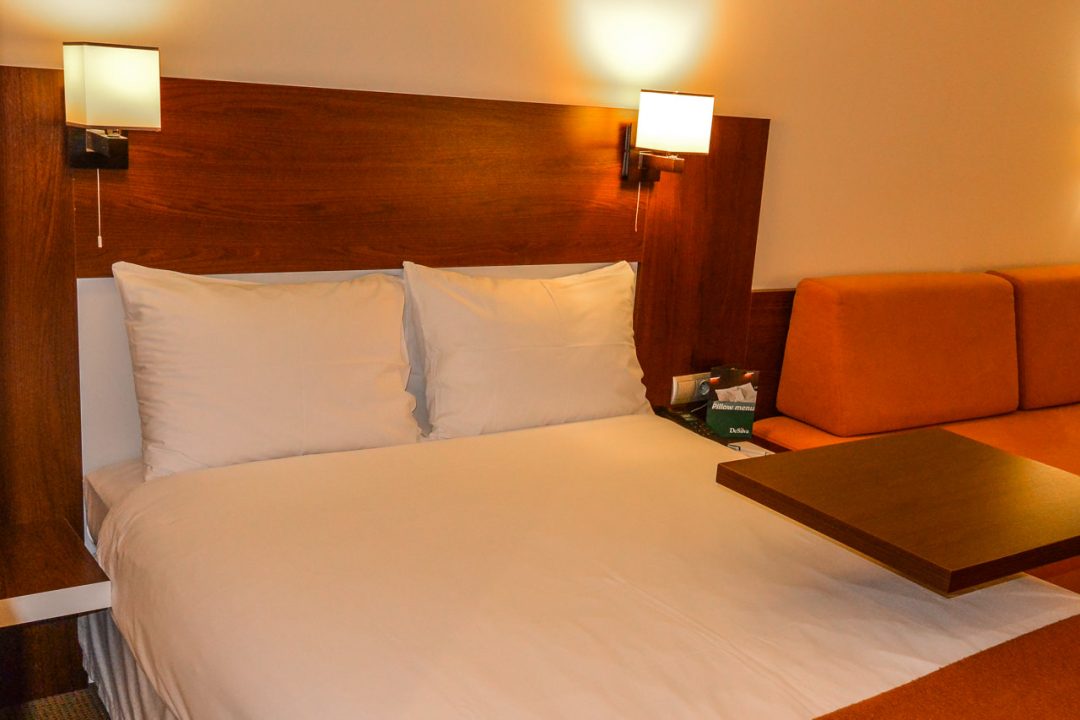 If you know me, you know I’m thrifty. Hence all the crazy layovers I’ve endured over the years (and continue to endure for the sake of savings).

Compared to taking a “better” flight, or even staying in the airport and wasting money on snacks, and definitely compared to taking a taxi to other, further out hotels: a Katowice airport layover stay at Hotel DeSilva (starting at 50USD per night) is a great money saver. And because each room comes with a couch, you could realistically have two or three people sharing (if you’re going on a group trip) and REALLY save some cash.

I’m SO thankful I made Hotel DeSilva my Katowice airport layover crashpad. I had a restful — though short — sleep, a refreshing morning shower, and I arrived to the airport (and later, my destination) clean, refreshed, and in an awesome mood. Salad for breakfast will do that to ya! 😉

You can book direct on the hotel’s website here, or Hotel Desilva Inn is also available for booking on Agoda. 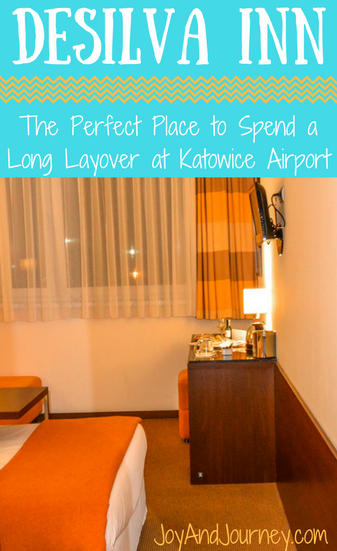 How do you handle long and/or overnight layovers?