Thinking of going to a hospital in Rio de Janeiro? I’d first suggest trying to treat your issue at your local doctor’s office, before letting it progress to where you need to visit the hospital.

I was shocked by the poor service, subpar sanitation standards, surly attitudes, and outright lies by the staff of Copa D’Or Hospital in Rio de Janeiro when I had to visit the emergency room in October. If anyone has alternate suggestions – please let me know!

If you’re wondering about what a hospital in Rio de Janeiro is like, and what to do and what not to do, read about my first-time experience below. If you have any questions (or advice!) please feel free to comment or email me!

Before going to the hospital, I called to see what I needed to bring and to confirm that people there spoke English. The hospital I chose was also recommended as a partner hospital for my insurance provider.

Upon arrival, the attendant didn’t speak English. Through miming, we were able to figure out we needed to get a number for service.

After a fairly short wait (around 10 minutes), we were called up. Though there was an English speaking attendant available now, and we were the only English speakers waiting, that’s not who we were directed to.

The woman helping us didn’t speak any English, and when it came time to discuss symptoms, she directed us to the male attendant who spoke English, who then would yell over to her the answers in Portuguese. Pretty embarrassing to have your personal symptoms yelled out across the lobby. That was the first indication that medical confidentiality doesn’t exist here, even in Rio de Janeiro at a private hospital.

After another wait, we were brought to a cubicle with another nurse who again wanted to know my symptoms again and who also didn’t speak English (why couldn’t the attendant give the list of symptoms to this nurse?). Eventually they brought a girl who they said could speak English (but actually couldn’t), so we ended up using GoogleTranslate, but I worried about miscommunication.

The nurse took my temperature with a thermometer, which I was surprised didn’t use a disposable plastic sheath. After sticking it in my armpit, she spritzed it with a bit of alcohol and threw it on the desk.

Finally, a doctor came. And she spoke perfect English (HALLELUJAH).

For the third time, I relayed my symptoms. The doctor peered into my mouth with her iPhone (no penlights apparently), poked and prodded me a bit, and announced that it looked like I had a kidney infection and that I need an IV of saline (even though I’d been drinking a ton of water).

I was brought to a room full of chairs, and sat in one. The room was disconcertingly full of patients receiving IV fluids, and doctors discussing their cases with them. There are not seats for guests, so if you have a partner accompany you to the emergency room, they need to stand for the entire 7+ hours. Private rooms apparently aren’t a thing, even at this overly expensive private hospital.

An assistant came and took my blood, and then another came to start my IV – in my wrist. It was one of the most painful IVs of my life. 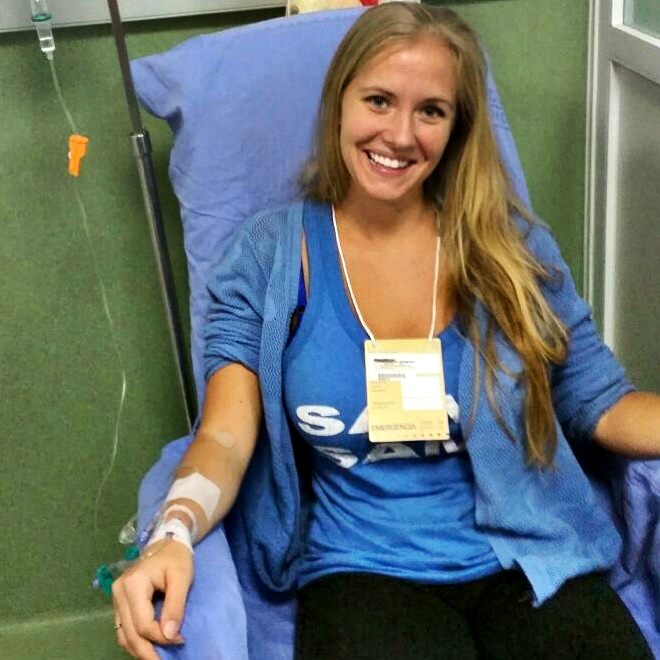 I noticed that few of the staff wore gloves, and the ones that did didn’t frequently change them, especially from patient to patient. Having worked in hospitals for years, I was struck by the blatant disregard for the spreading of disease (especially in the ER, when so many people are quite sick).

I was brought for a CT scan of my abdomen and back (in which the instructions were in Portuguese and none of the staff performing the scan spoke English. After two tries they turned the prerecorded instructions to English – apparently you’re supposed to hold your breath!). Contrast dye was used – the girl injecting it spilled one syringe full everywhere, and then eventually got it right after another assistant came in to help (not wearing gloves while touching my IV site).

I was returned to my chair, when I noticed that the chair dropcloths aren’t changed in between patients. Right then the doctor delivered some awful news to a women in a wheelchair in the middle of the room – I guess private rooms can’t even be spared for sobbing patients.

Asked to provide a urine sample, I did and then sat waiting in my chair for 10 minutes for someone to collect it. When it was collected, my name badge wasn’t checked and the assistant didn’t label it.

After everything, the doctor confirmed that I have a kidney infection, and discharged me. The only treatment I received within the hospital was an IV of saline – nothing for pain and no antibiotics. I was instructed to go out on the street and buy some antibiotics. At 11pm at night.

I was double charged on many of the items (2 drips of saline when I received one, two contrast dyes though one was spilled by an employee and only one actually used on me), in addition to medical tests that I never received results for and doubt were performed. When I was ready to check out, I pointed out the problems which were ignored.

I was also told that my insurance claim was denied, which was repeated by two different staff members until the one that spoke English changed his story and said “Your insurance never answered”. I’m totally guessing here but it seems obvious they didn’t even bother to contact the insurance. When I asked for an English bill (which I know they provide as they are a partner clinic for my insurance), I got a snappy “We are CARIOCAS. This is RIO. We speak PORTUGUESE”. 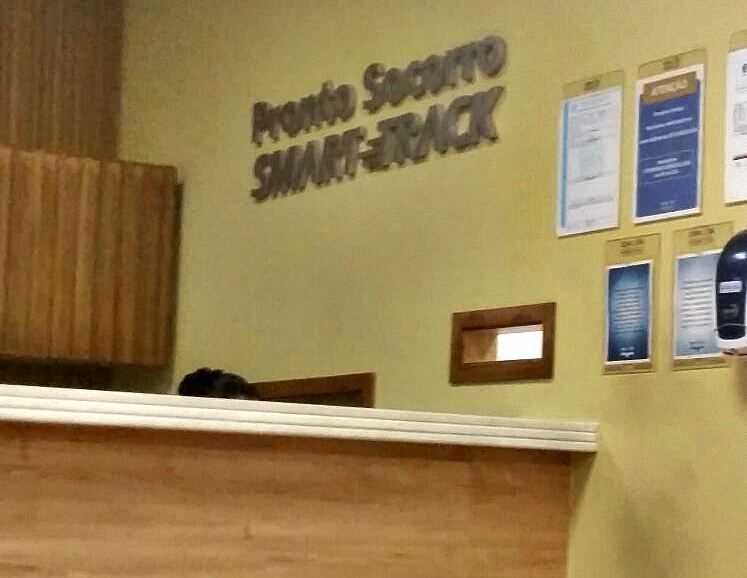 I listed a lot of complaints above, which I feel are warranted. At a private, international hospital, a certain level of service is respected and PAID FOR – no matter where it is in the world. Further, this is not a tented clinic in the Amazon. This hospital is supposed to be one of the best in Rio de Janeiro – the city where the Olympics will be held in less than a year. The hospital asserts that its staff speaks English and that they work with insurance providers – that’s not what I experienced. I also experienced a very, very substandard approach to hygiene and cleanliness. Even clean hospitals are a fertile ground for bacteria and disease. When cross contamination is as frequent and routine as I experienced in the Rio hospital, most patients must leave sicker than they come in. 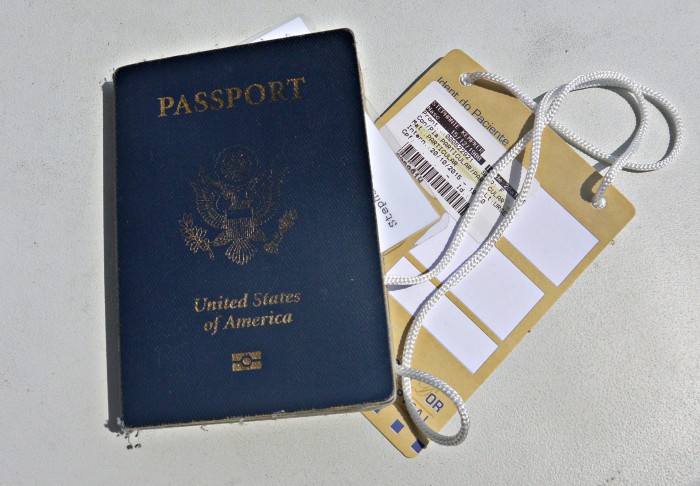 If you’re coming to Rio, be sure your health is in order. I wouldn’t go back to that hospital if you paid me.

**I’d like to point out in advance that I don’t expect or demand that anyone in Brazil should speak English. BUT when I chose medical treatment providers, I’d prefer to speak in my native language to avoid miscommunication. If you are a private hospital (and charge accordingly), and claim that you have English-speaking staff, it is then your responsibility to actually have English-speaking staff**

Do you have any experience with foreign hospitals?