Mexico City gets a bad rep without reason. Whether due to the never-ending smear campaign by the American media or your Aunt Doris’s tall tale of her experience with the drug mafia in DF in the 1970s, don’t let outdated misinformation keep you from visiting one of the top cities in the world (yes, seriously). 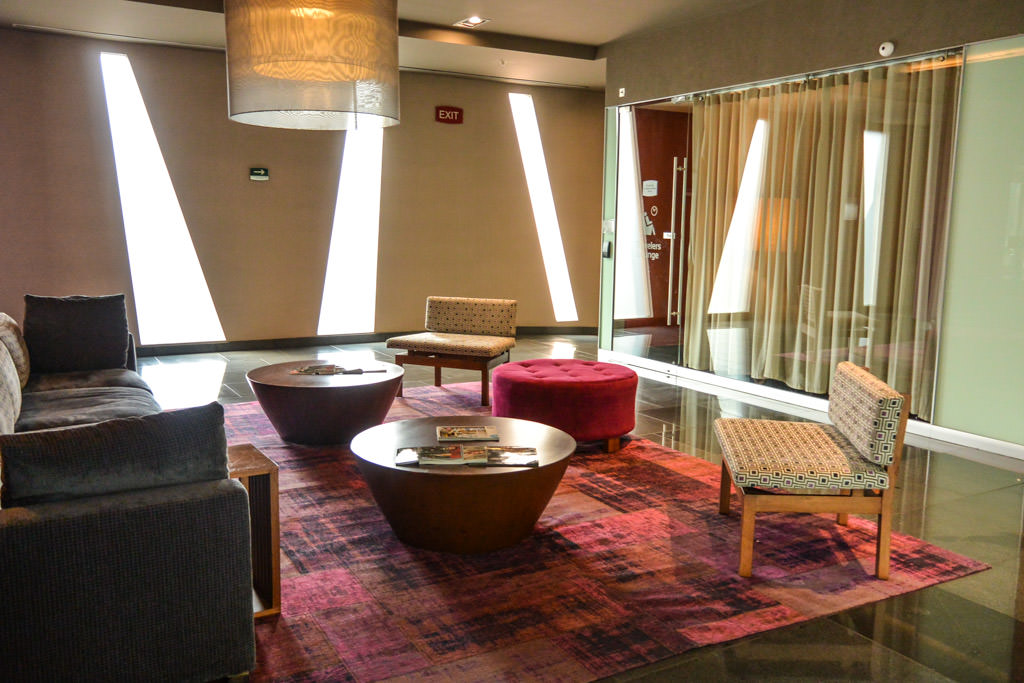 Hotel rates are set ridiculously low in Mexico City in the wake of the earthquakes, especially in the upper price bracket. Estimates suggest that somewhere around 20% of tourists have canceled their upcoming travel plans to the city (without reason – read on for that).

If you book your travel plans now, you can grab many high end and boutique hotels for HALF their usual price. Don’t believe me? Take a look.

Come to Mexico City, now, for an affordable luxury vacation that your budget wouldn’t usually support.

Have no fear, Mexico City (and Puebla, and Oaxaca, and surrounding earthquake-affected areas) are safe for tourists to visit. Trust me, I live here (and have stayed in all 3 areas in the past 3 weeks). So do it!

Much of the damage has been repaired, and the continuing efforts don’t really have any impact on tourists. In fact, if you were living under a rock and not aware of the news outside of your bubble, you probably wouldn’t even know an earthquake happened, let alone two!

While it won’t affect your vacation, it would be insensitive to pretend that there isn’t still rebuilding and renovating of private dwellings and some historic and cultural buildings (especially in Puebla), and that people are continuing to pour money into solving problems the earthquake caused. Especially in the smaller, lesser-known villages that experienced more extensive damage and received less aid.

Fortunately, tourism dollars can help everybody by injecting money and rejuvenating the economy. 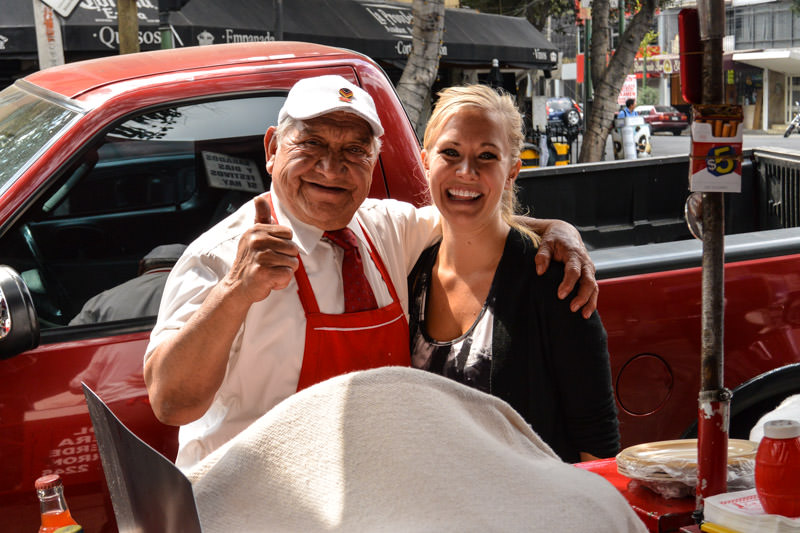 Unless you’ve been on a seriously strict media diet (good for you), you know that the Mexican culture and people have been unfairly targeted by the presidential administration, government, and the media as villainous scapegoats for American problems. Be one of the “good Americans” and demonstrate your appreciation for Mexican culture and heritage.

Don’t have any appreciation? Even more reason to take a visit and see what’s what. I promise, it won’t require much effort on your part. All you have to do is show up: you won’t be able to resist the incredible cuisine, seemingly endless art offerings, and welcoming hospitality.

4. Stick it to Trump 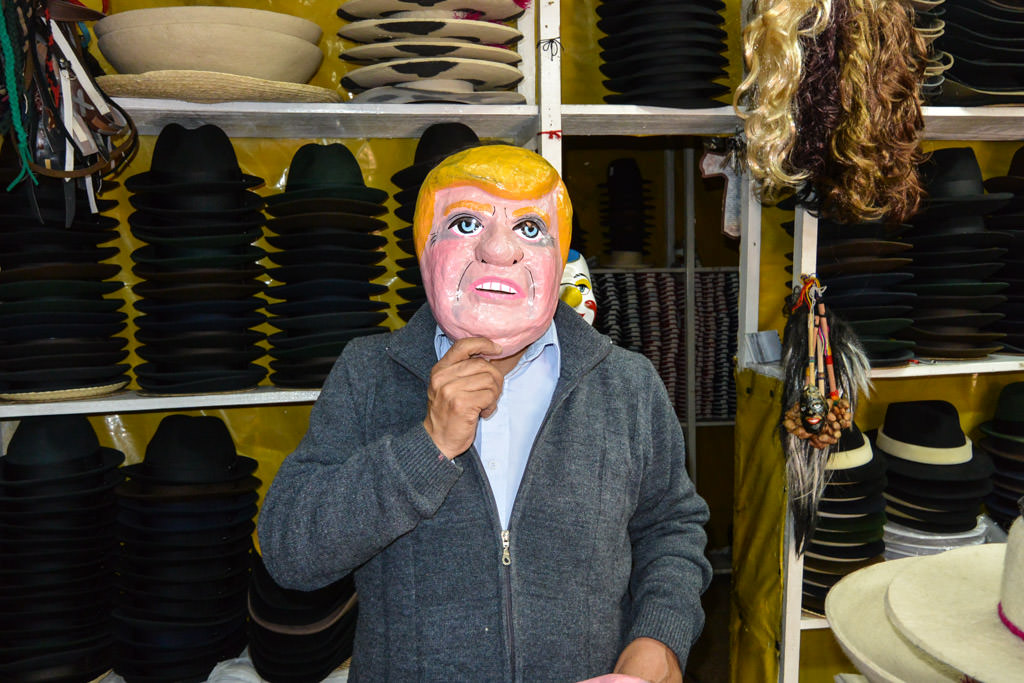 Mexico isn’t full of bad hombres, or rapists and drug dealers. It’s a country full of people wanting what’s best for their families, just like the United States.

All it’ll take is a short visit for you to be singing the praises of Mexico (and its people).

From the random guy who came up to my table at a restaurant and offered to help me order (not knowing I speak Spanish), to the frequent shouted greetings of “Welcome to Mexico!”, to the seemingly endless patience offered in response to my heavily accented Spanish… I have never, ever experienced a kinder or more congenial culture (and I’ve been a LOT of places). Locals regularly go out of their way to help tourists and make them feel welcome.

Show the Donald you know what’s really “fake news”, and check out Mexico City to see for yourself… and then go home and tell all your friends. 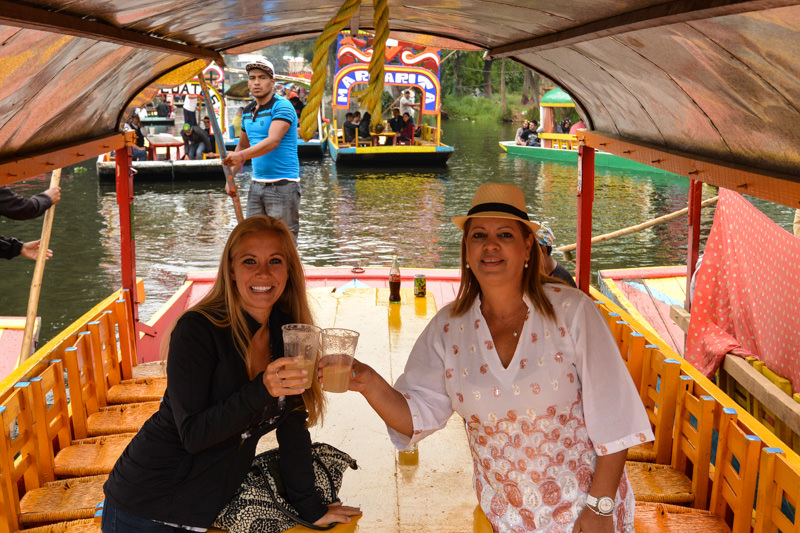 Yes, every country has its criminals (even the US – gasp!), and every city has its sketchy side (even American cities – double gasp!) but if you’re coming to Mexico City or Puebla with good intentions, you’re really all set. In Mexico, you need to go looking for trouble if you want to find it. It’s in Mexico’s interest to keep tourists safe (actually, it’s even in the dreaded “mafia”‘s interest but that’s a story for another time.)

I feel safer in my stomping grounds of DF (especially the neighborhoods of Polanco, Roma, Condesa, and the historic center) than in ANY major US city. As a dedicated solo female traveler, you know I keep it real and tell it like it is when it comes to safety. And if you don’t trust me, trust my overly safety conscious security expert husband (that’s actually his job: he worries about security in Mexico FOR A LIVING).

Want to read more about Mexico? You should! Check out all of my articles about this incredible nation

Pin it for Later: 5 Reasons You Should Visit Mexico City RIGHT NOW 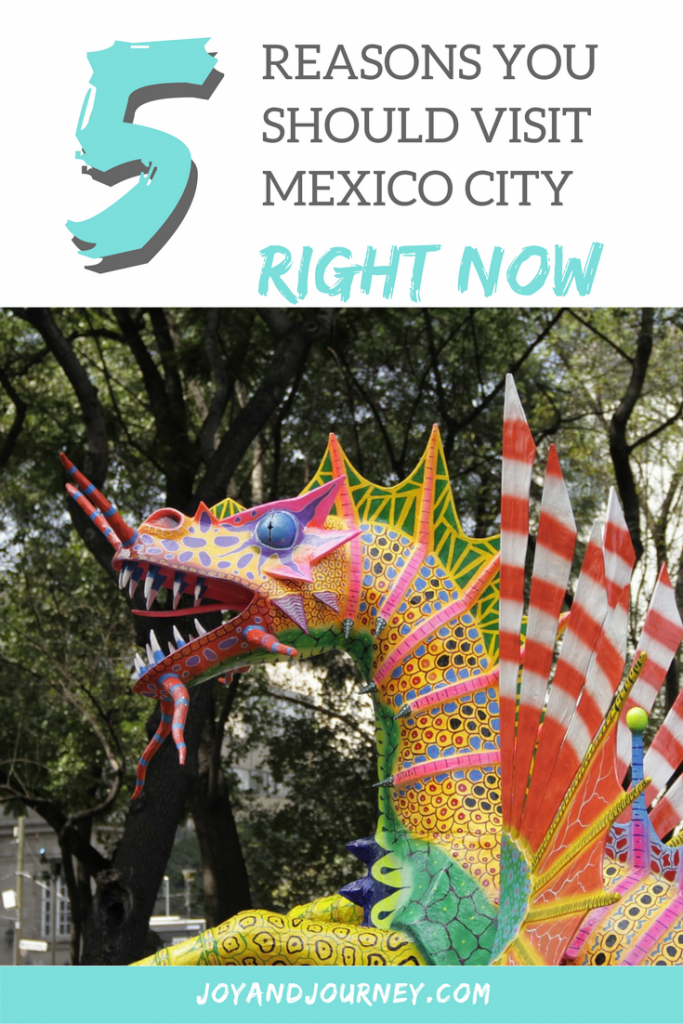 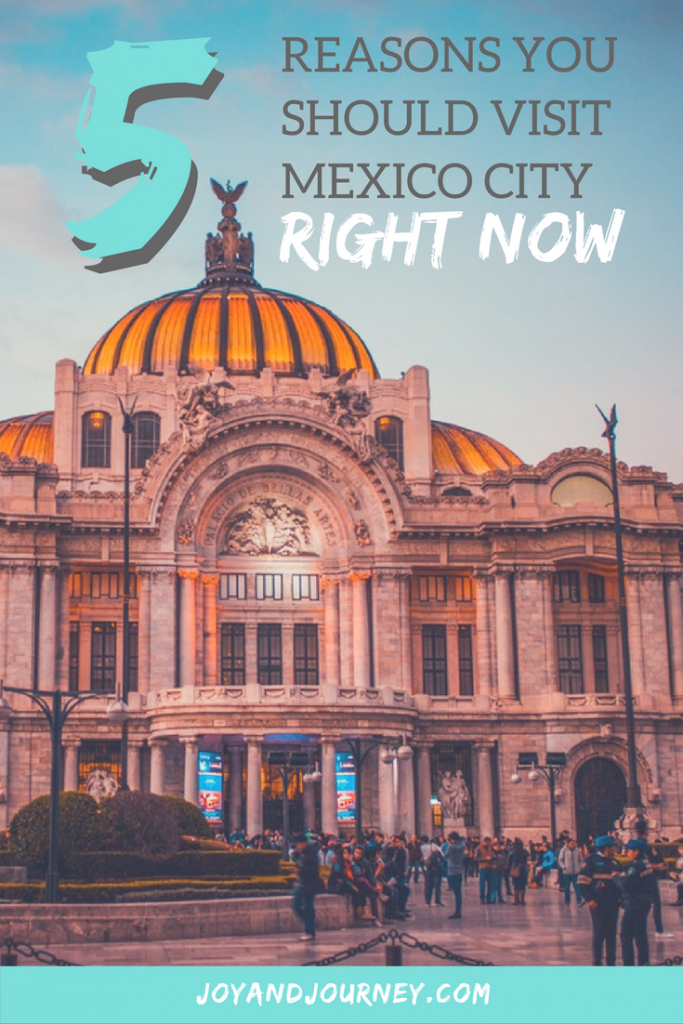 If you have visited Mexico City – what did you think?

If you haven’t visited Mexico City – why not??