I’ve been in Mexico for 3 years, and during that time, I’ve traveled internationally MUCH more than domestically.

I’ve only visited 9 Mexican states, and taken 12 or so domestic trips TOTAL.

What was I thinking? 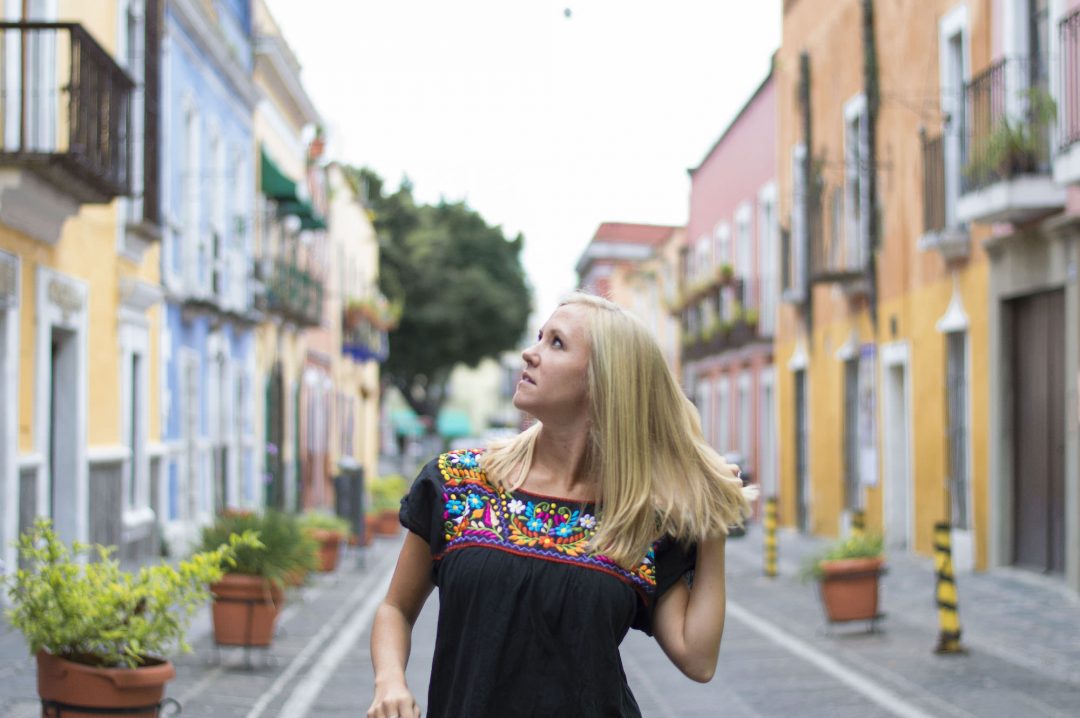 I’ve spent so much money and so. many. hours. on planes (and always coach, always low-cost when possible, meaning uncomfortable AF), waiting in airports (thank god for that priority pass), taking Ubers, taking buses, and why?

I know most people think of Mexico as Cancun: Beaches. Parties. Tequila. Tacos. And sure, you can get all that (and for cheap).

But at the same time, I live here: I KNOW BETTER. I know there is SO MUCH MORE to Mexico.

I KNOW that Mexico is seemingly impossibly, almost ridiculously culturally, geographically, culinarily, climactically diverse. I KNOW I could experience almost anything I’m looking for internationally within the very borders of my adopted home country.

And yet, I wandered around Europe, popped into the Caribbean, spent months in Central and South America, the US, and even a bit of Asia (I’ll excuse that, as I was getting married, but then again I COULD HAVE DONE IT IN MEXICO with a thousand times less stress)… why?

Why go to Europe – for the food and the pretty buildings? 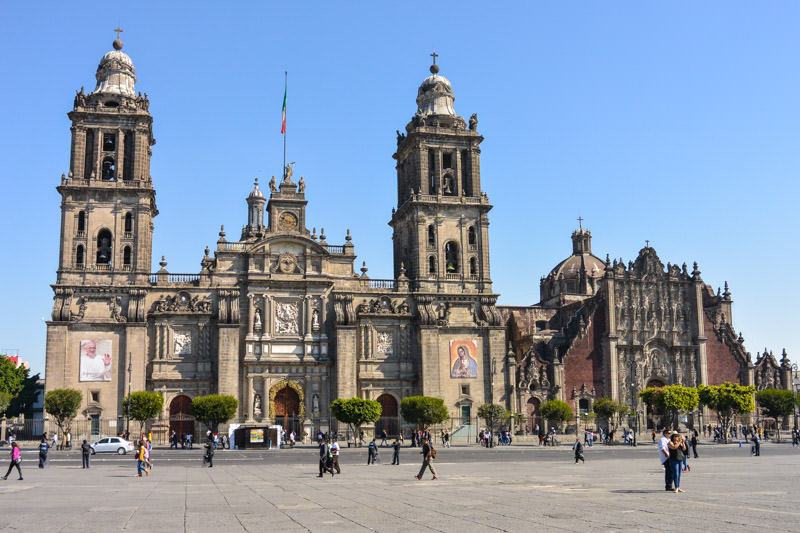 Just an hour from me, there’s a city famous for its Italian heritage, including cheese and pizza. And Colonia Roma and Condesa, smack dab in Mexico City, look like they’ve been lifted from Europe themselves… not to mention the historic center of Mexico City, with this stunner of a cathedral. Europe what?

Why go to South America – for the wine and ruins? 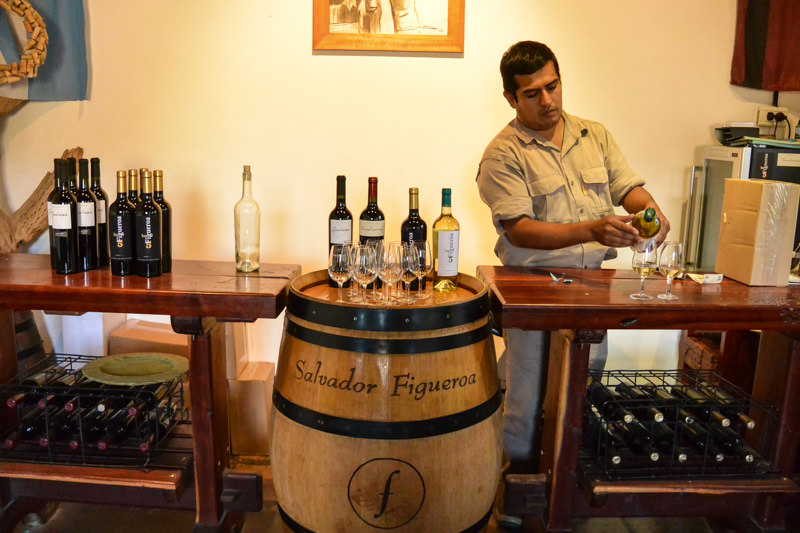 (this is the only photo in this entire post not from Mexico. I need to get to Baja, STAT)

Baja makes some pretty damn good AND inexpensive wine (I should know, we buy cases of it every time we hit up Costco), and it’s also near some gorg beaches (and WHALES!)

As far as ruins, for goodness sake, I live right outside Cholula, which is the oldest still-inhabited city in the ENTIRE Americas, complete with its own set of pretty well-preserved ruins (and a pyramid you can actually climb). Teotihuacan is a few hours drive away, and have you heard of Chichen Itza? What about Palenque?

Why go to Central America – for adventure activities? 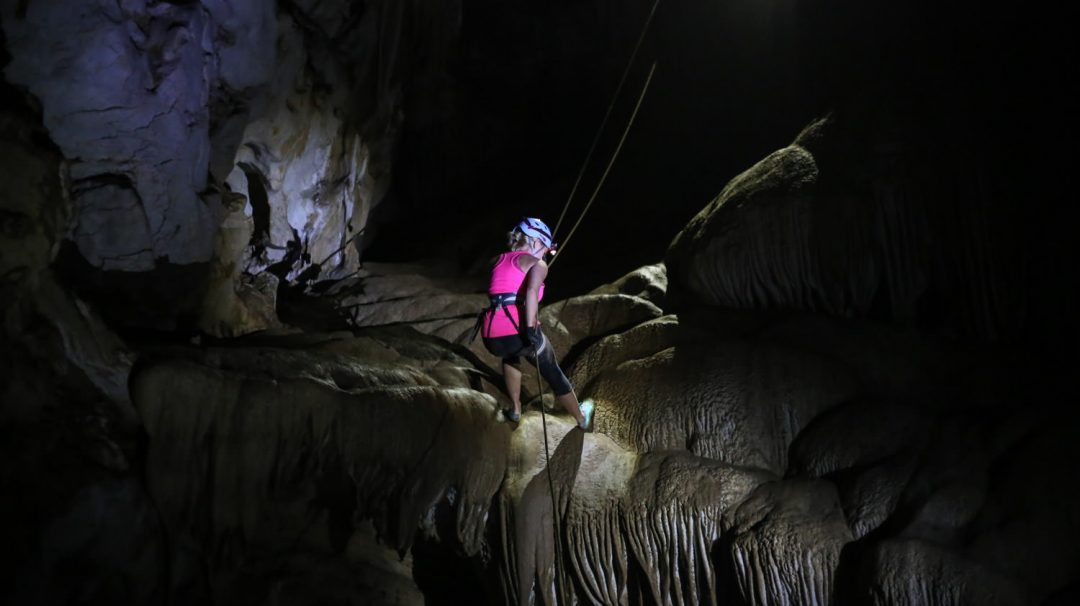 Just a flight away, using Tuxtla Gutierrez or Villahermosa as homebases, I can be in Mexico’s center of adrenaline. Rappelling, caving, flying (yes, seriously), hiking, bouldering, getting down on some via ferrata (or should I say up?), and probably a bunch of things that I’d sooner crap my pants than try.

Why go to Panama or other biodiversity hotspots – for cool animal sightings? 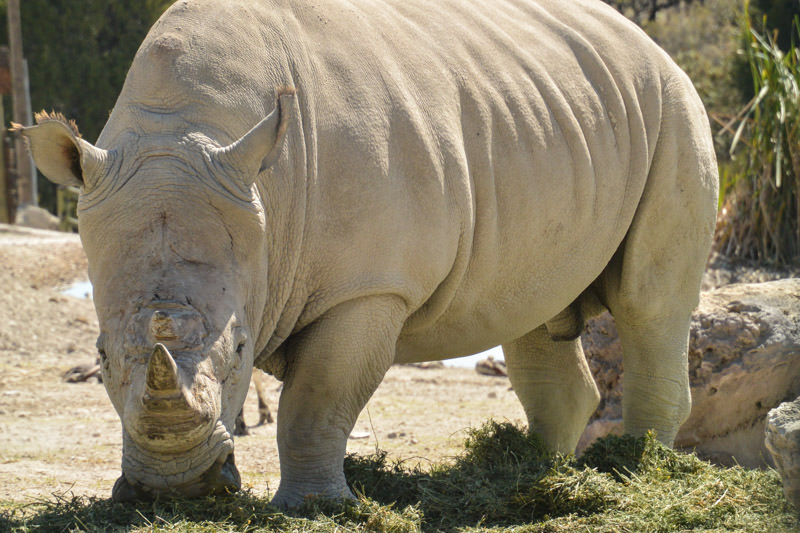 Maybe not. There are over 1500 species of animals (the good stuff: amphibians, reptiles, mammals… though birds are okay too) in protected areas ALONE chilling, hanging out all protected and natural, for respectful animal-lovers like you to do some sighting. In the Sian Ka’an biosphere, you can see all the cool cats: pumas, ocelots, and jaguars. Along with monkeys, tapirs, deer, and boars.

What else: a ridiculous number of whales (supposedly the best place in the world for whale watching), a ginormous butterfly migration, a firefly forest (how trippy).

And just a little ol’ drive from my humble abode, you can check out animals from all over the world in a free-range “Safari“, like an un-zoo for people who are a bit ambivalent about zoos (including myself), who think they do important stuff (including breeding and education and preservation and research) but aren’t sure about the ethics of keeping wild animals behind bars.

Why go to the Caribbean – for beaches? 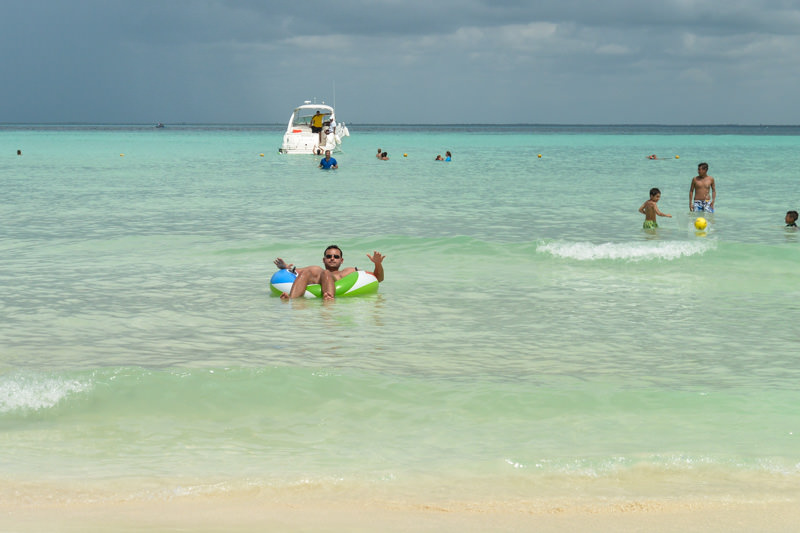 And don’t even get me started on beaches. Whether I’m after a walkable, gorgeous, Koh Phi Phi, tourist-y vibe (Isla Mujeres), hipster central (Tulum), surfing (Puerto Escondido), bargain barrel prices on stuff-your-face get-wasted all-inclusives (Puerto Vallarta), or sooooo much more: Mexico is the beach place of your dreams, for half the price of anywhere else. This country has got almost TEN THOUSAND kilometers of coastline: Pacific, Caribbean, Gulf of California, Gulf of Mexico. Guaranteed someplace around that nearly 10k of coast has the exact vibe (and price point) you’re after. 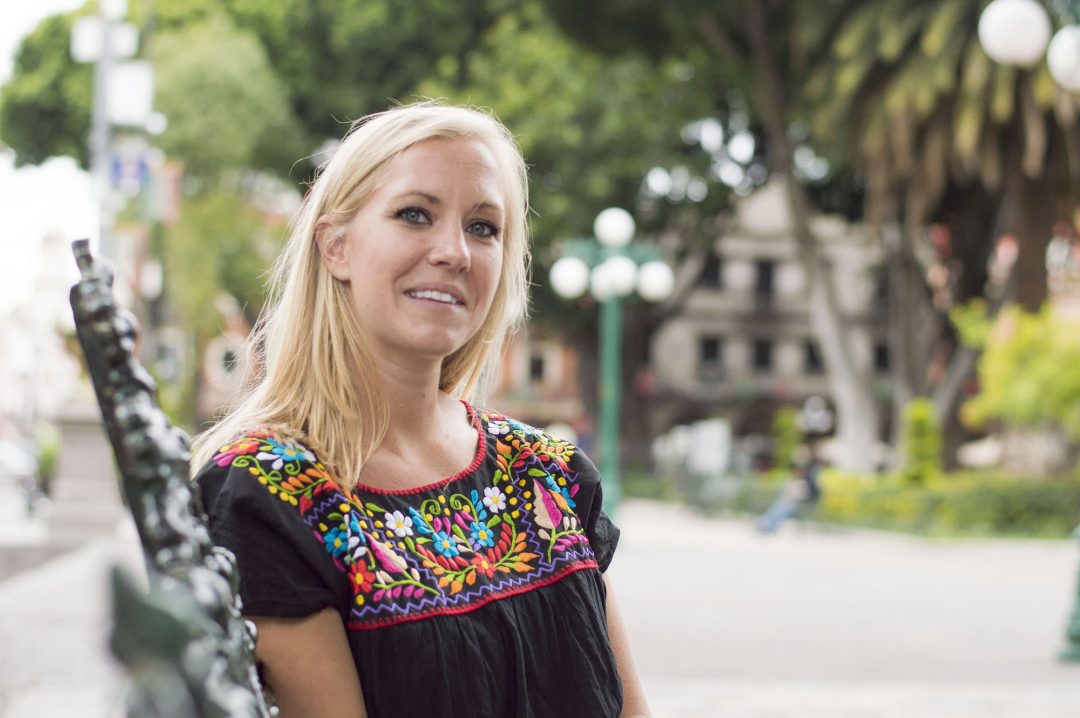 I don’t know what’s been blocking me these past few years. Maybe there’s an innate aversion to exploring where you live, a desire to see something new (although not making sense because we’ve just discussed how very effing diverse Mexico is, there’s always something new to see!! like one of the 20+ states I haven’t made it to), and let’s be honest: maybe a desire to check some new countries off that huge and looming list of all-the-countries-in-the-world.

Let’s get down to it. 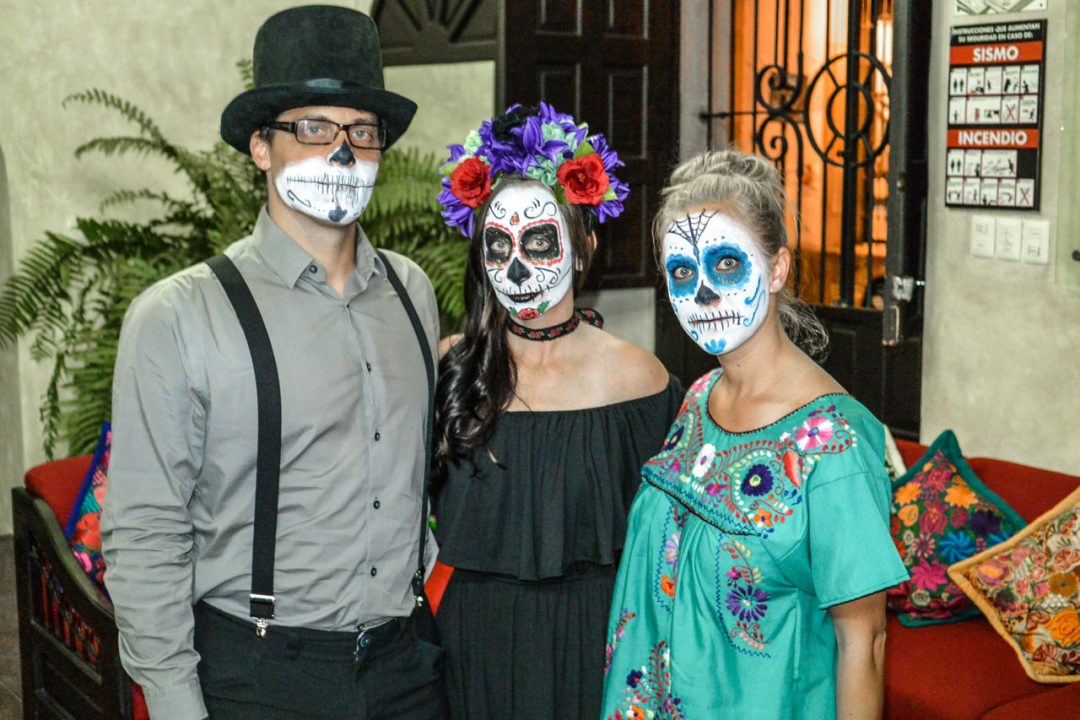 And you can hold me accountable. You’ll be able to stay updated (on a soon-to-be-created post) on where and when I’m visiting, and afterward, how the visit went. If you’re passionate about one of the Mexican states, shoot me an email or comment! Tell me what’s cool, what I shouldn’t miss, and where I find the best damn vegetarian food (or someone who would be into making me something sans-chicken broth, no-lard, and minus meat).

My number one resolution for 2018: SEE MORE OF MEXICO! 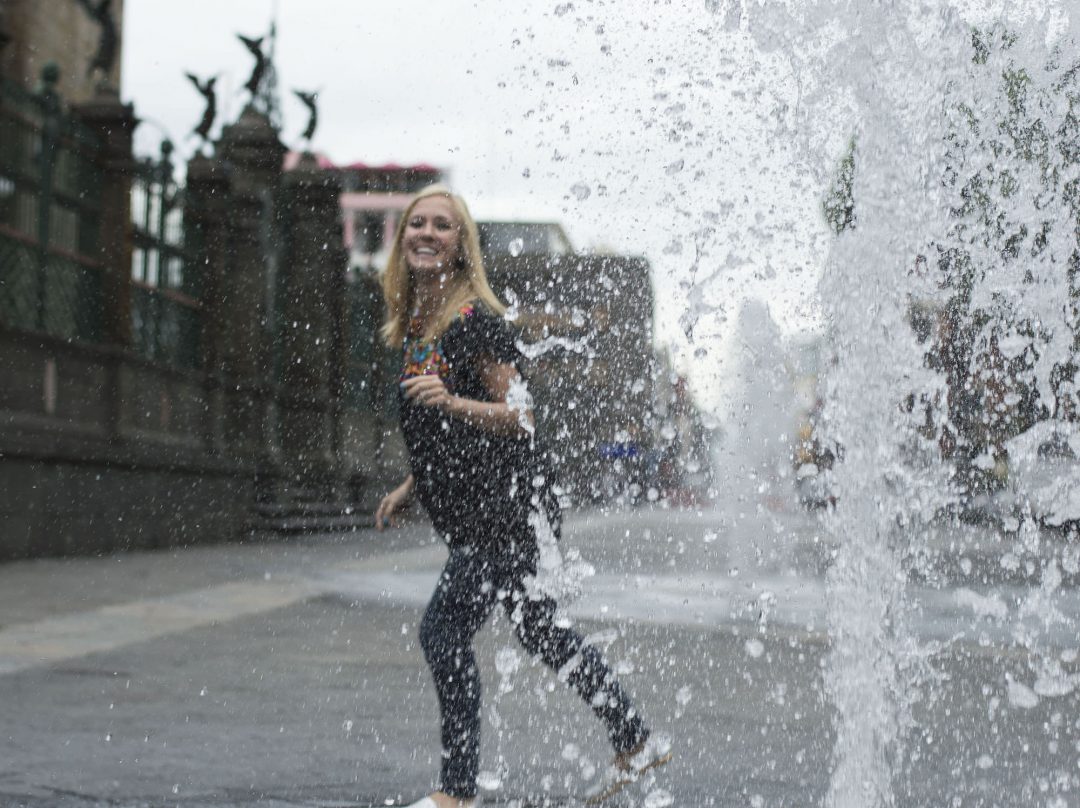 Maybe yours should be, too!

Especially if you’re an American (and by that I mean, live ANYWHERE in the Americas), Mexico is likely just a flight away for you.

I want to reiterate how inexpensive it is for tourists (especially compared to other trending vaca spots), incredibly safe (don’t believe what you see on the news: Mexico cares for and looks out for its visitors, both for financial reasons as the tourism industry is huge and because these are damn good people here), and so easy to get around (Mexico is going to spoil you re: buses and you’ll never be able to take a Greyhound again, this shit is COMFY).

I’ve got my first new-state trip next week!