My husband and I try to keep our relationship exciting. We were engaged in Rome, married on Koh Tao, celebrated our first anniversary in Acapulco, and this year, we decided to make Valentine’s Day extra special as well, by whale watching off the coast of Cabo San Lucas with Cabo Expeditions.

While I was a bit nervous setting such high stakes for Valentine’s Day (what if we went out and didn’t see any whales?), I later realized I had nothing to be concerned about. 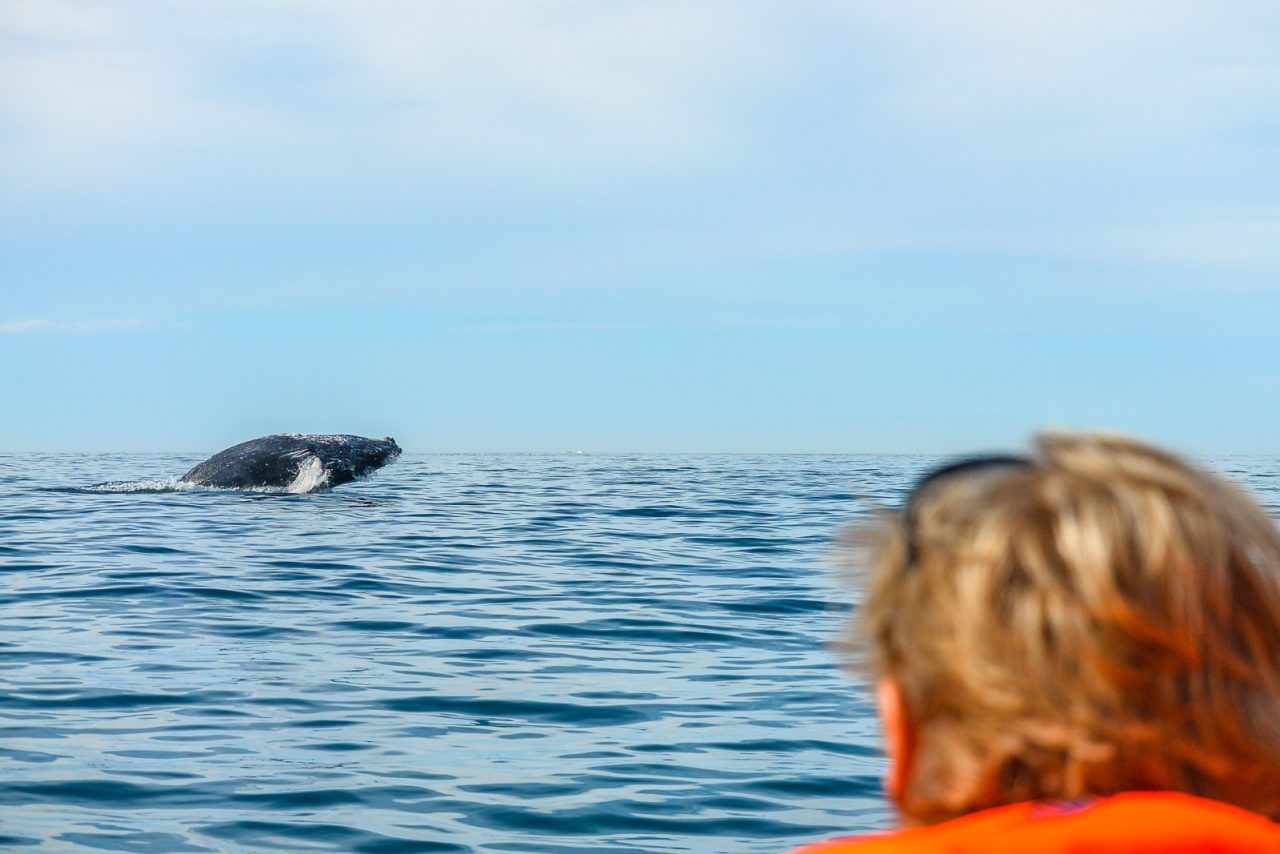 Hands-down, this was the most exciting and memorable Valentine’s Day of my entire life, and it was absolutely magical seeing so many whales (including a mom and baby!) swimming, slapping the water with their fins, and even breaching.

If you love whales or are interested in sea life, whale watching in Cabo is a must-do activity for you. Even better if you plan it to coincide with a romantic anniversary or holiday (in which case you should definitely stay at Casa Dorada)!

What Happens on a Whale Watching Tour with Cabo Expeditions

After being picked up from our hotel (and picking up other guests), we made our way to the Cabo Expeditions office to pay any outstanding amounts and to be organized in groups. We received a short pre-tour briefing, about whales and safety information, before walking down to the port and onto our boat.

After boarding, we suited up in life jackets, received more safety info, and were on our way! 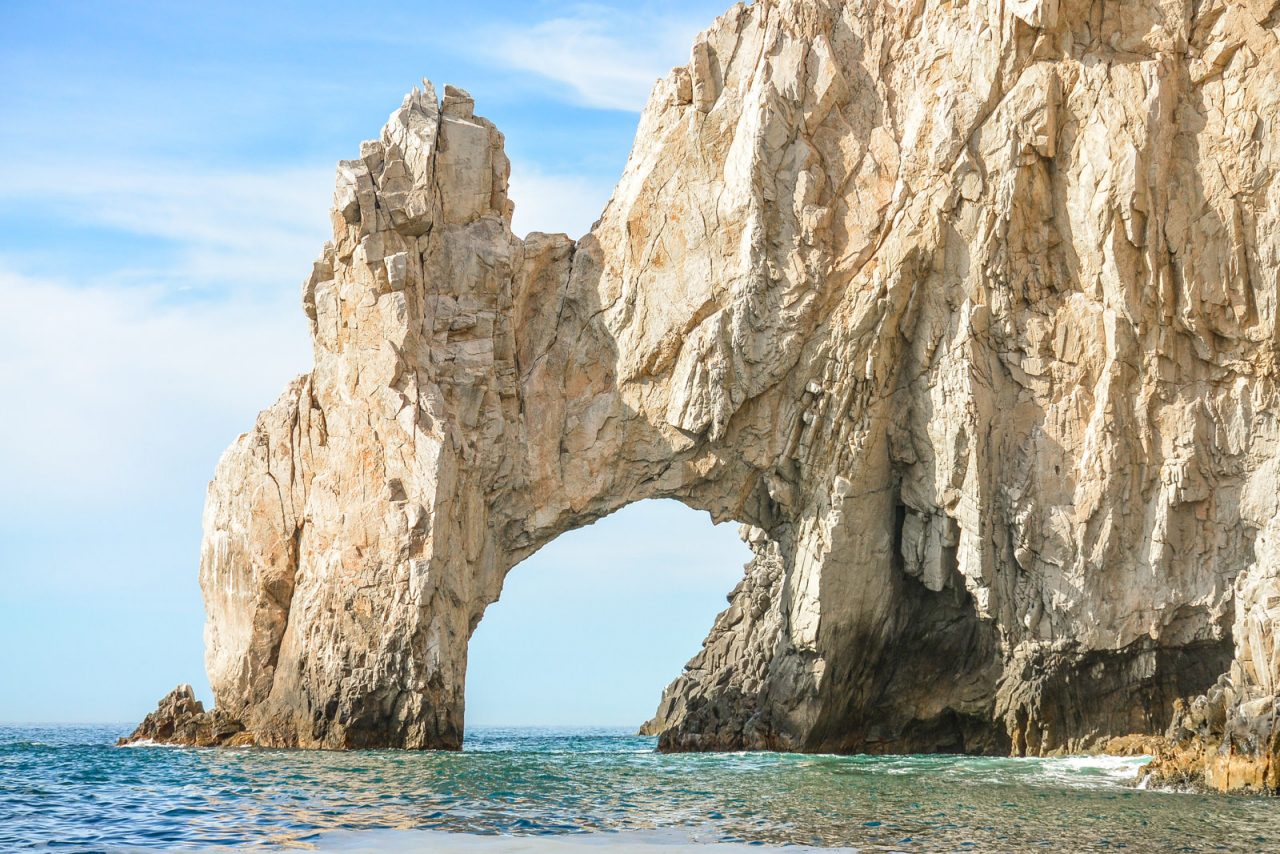 Before heading into the open ocean, we stopped by the famous Cabo Arch to take a few photos and to see sea lions and birds. 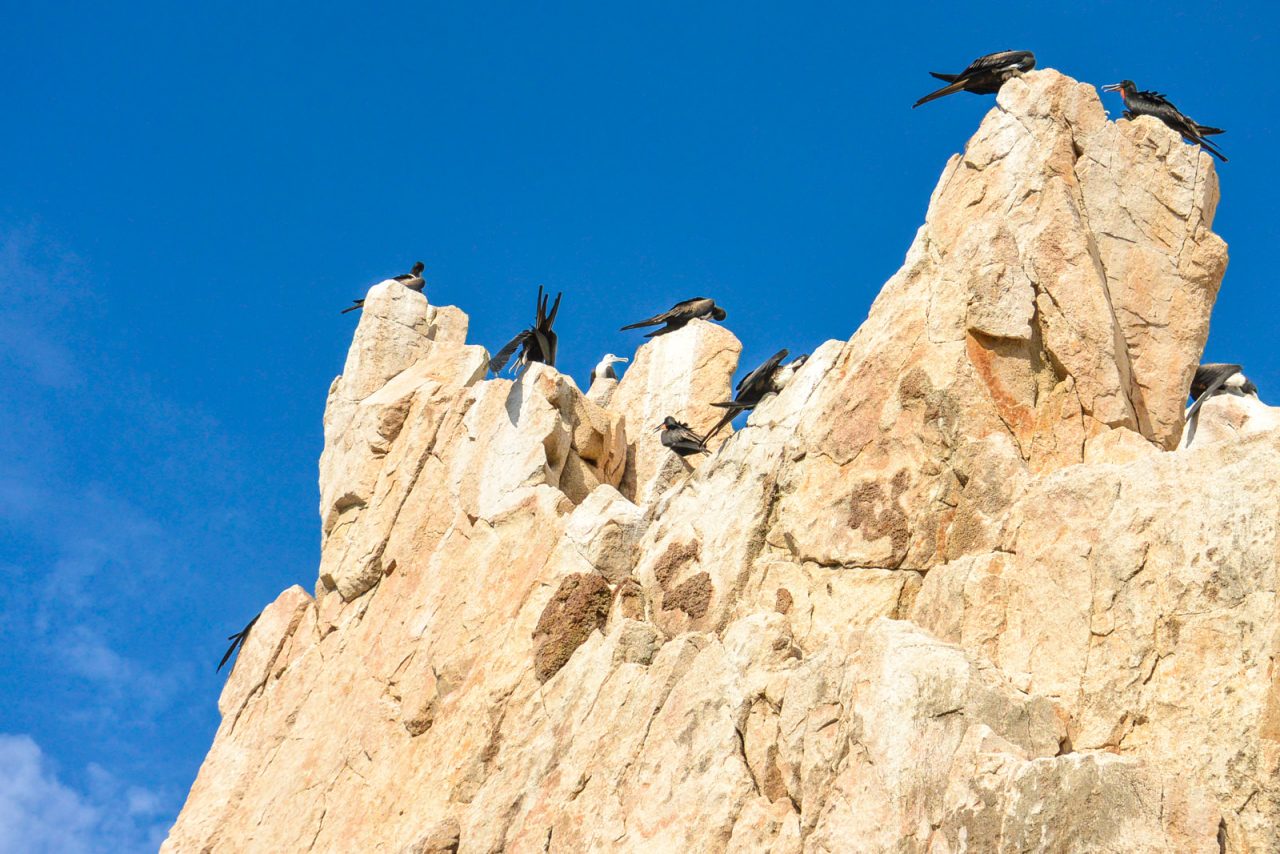 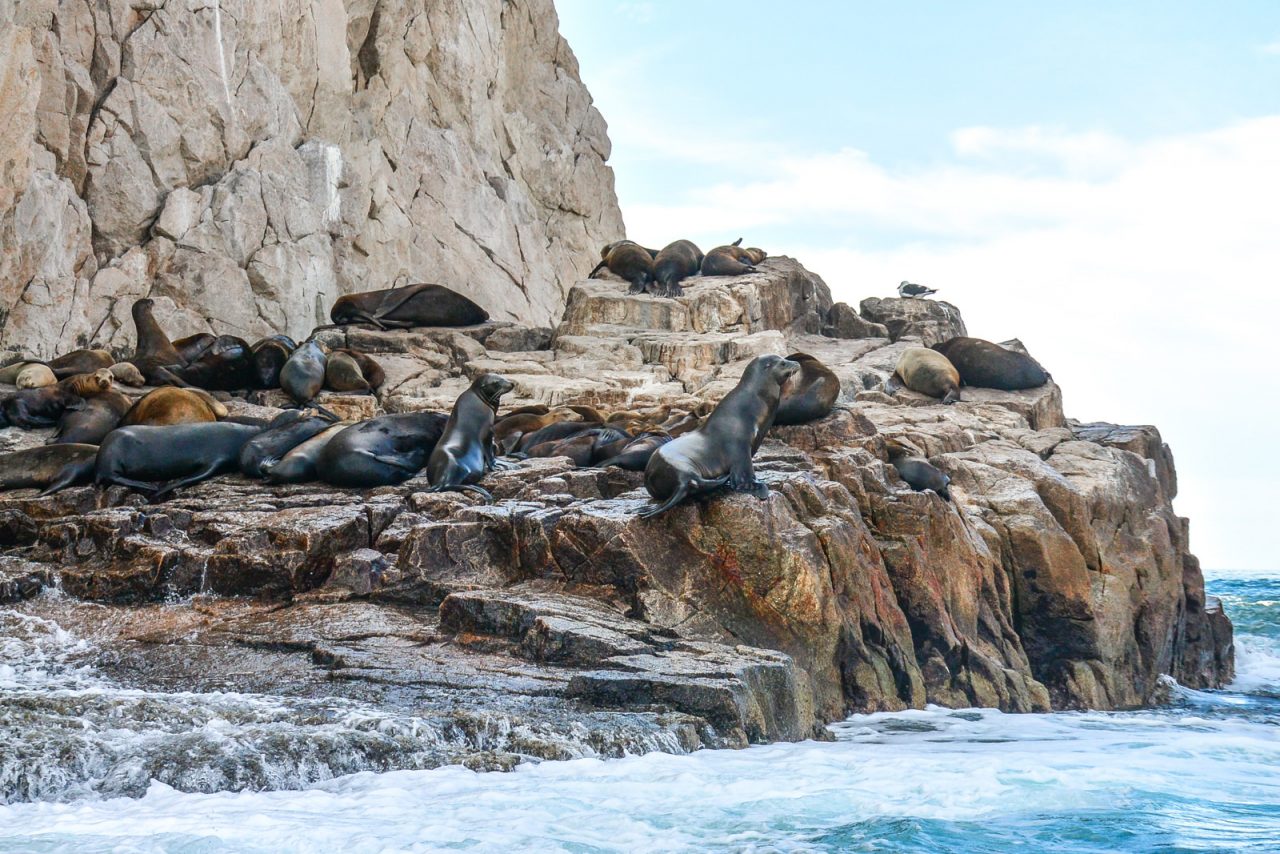 After that, it was whale watching time! The Zodiac boat doesn’t really buffer you from bumps, so be sure to hold on tight. 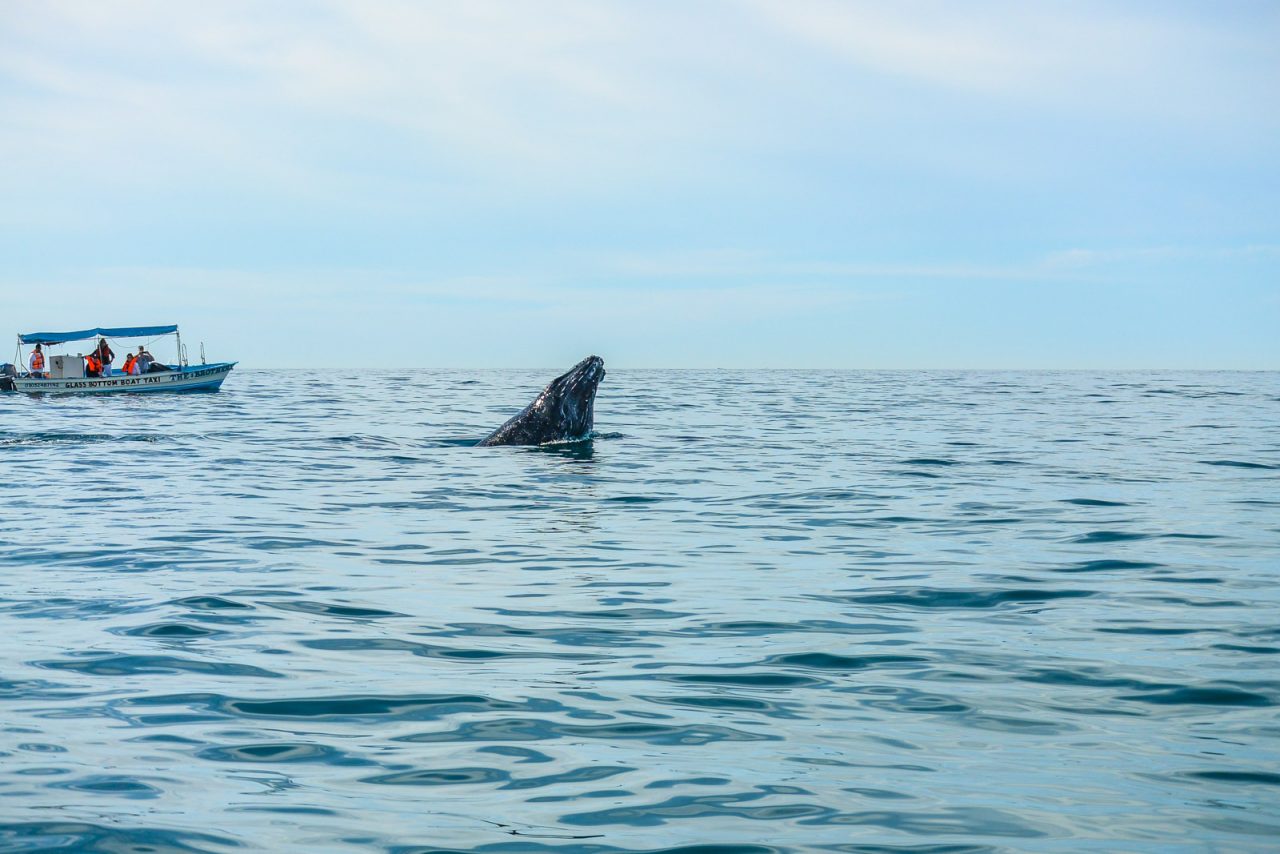 When the captain would spot a whale, we’d follow along if he/she was on a mission and moving quickly (at a respectful distance), or stop and watch (if the whale was breaching or playing around).

What to Know Before You Go 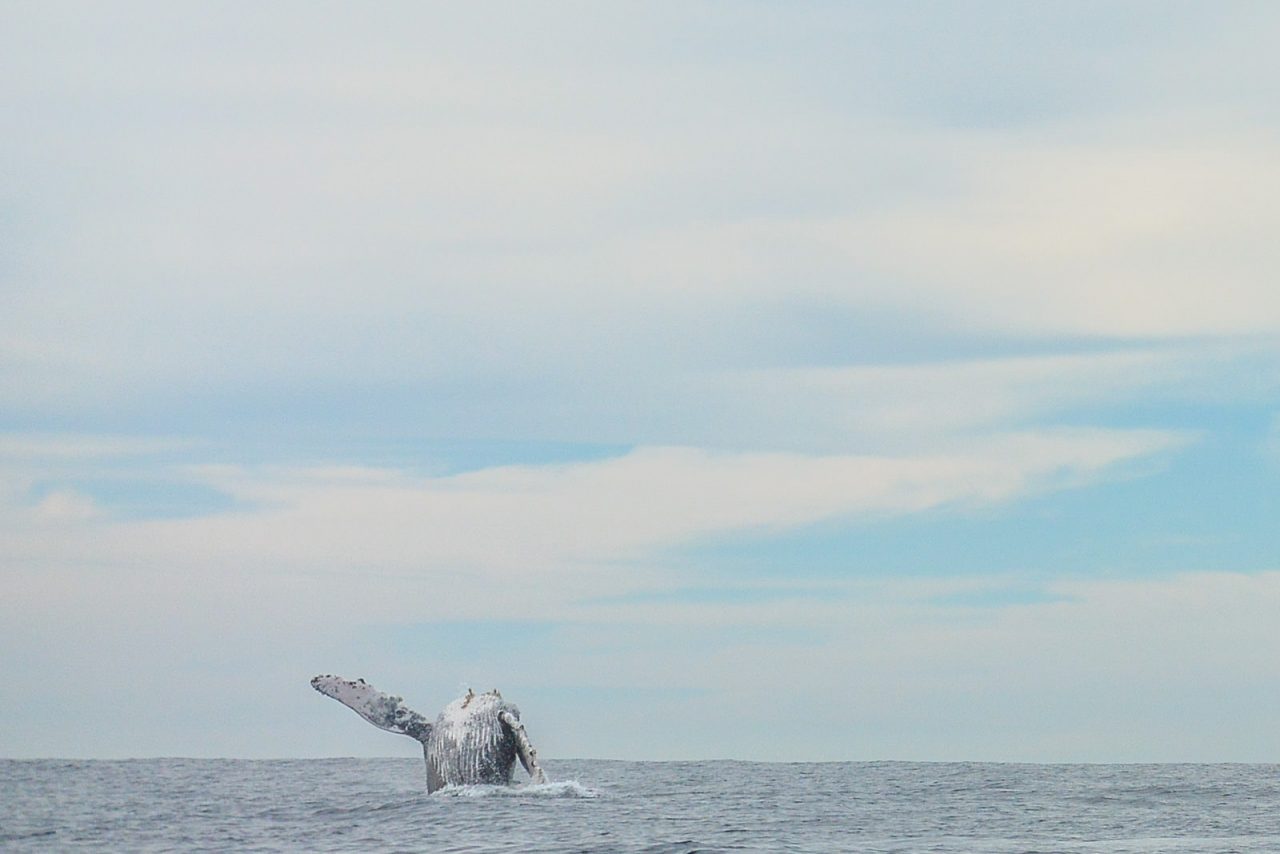 When to go: Whale watching season runs from December 15- April 15. Cabo Expeditions, the operator we went with and I would highly recommend, offers daily tours at 9AM, 12PM, and 3PM. We went in the morning, but supposedly the whales are at their most active in the afternoon.

Where to go: Cabo San Lucas, which has numerous inexpensive flights from the US and all over Mexico to San Jose del Cabo airport, is an easy hub for whale watching. Most tour operators will pick you up (and drop you off) right from your hotel, but if you’re near the Cabo San Lucas marina, you can also walk.

Why we chose Cabo Expeditions 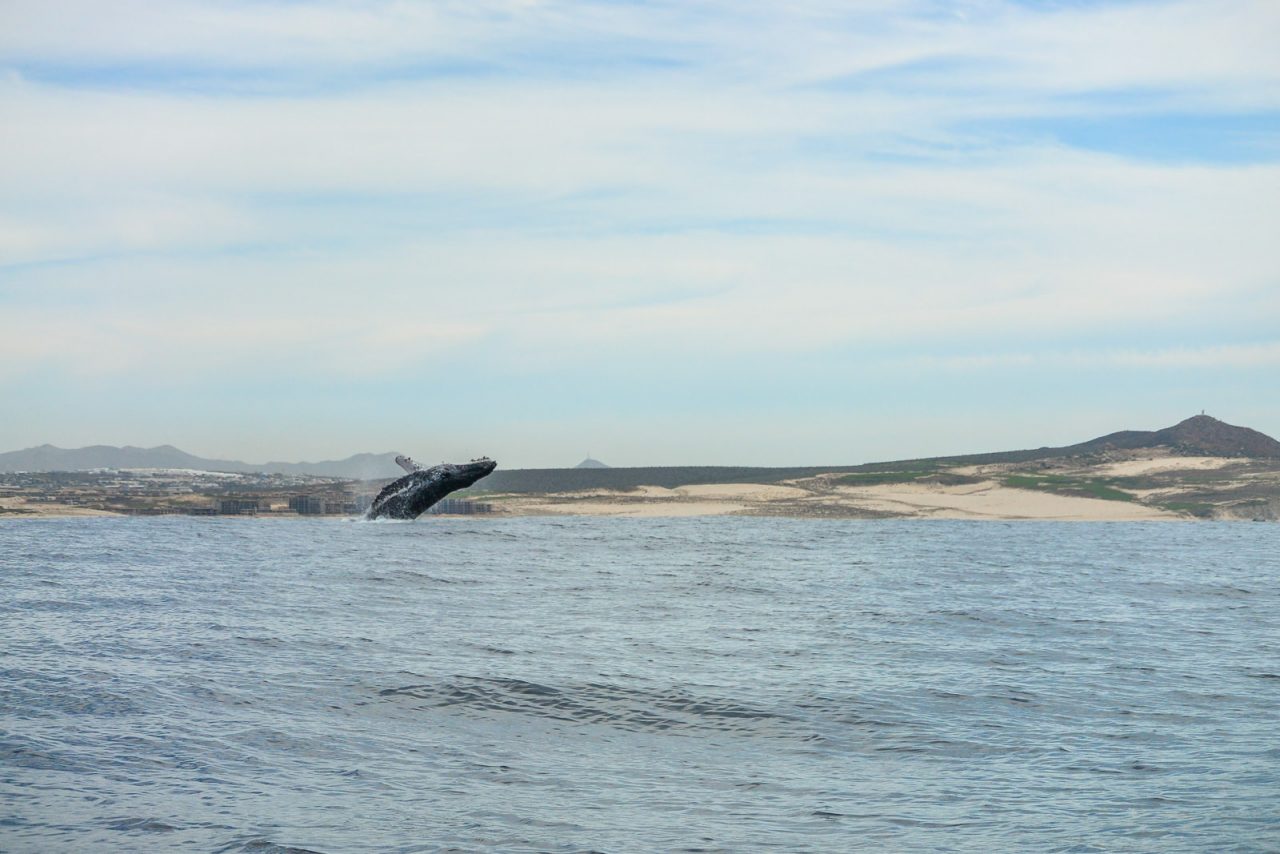 Cabo Expeditions is the only official whale watching company authorized by the Mexican government to rescue whales entangled and in danger. From 2000 to 2016, for example, Cabo Expeditions rescued 19 whales.

Cabo Expeditions has created a conservation campaign called “Cabo Consciente,” as well as having environmental awareness throughout every action and policy of the company.

Rates start at $85 a person for a Zodiac (less for kids), including roundtrip transportation to your hotel.

While I received a discount on my tour, all opinions remain my own. 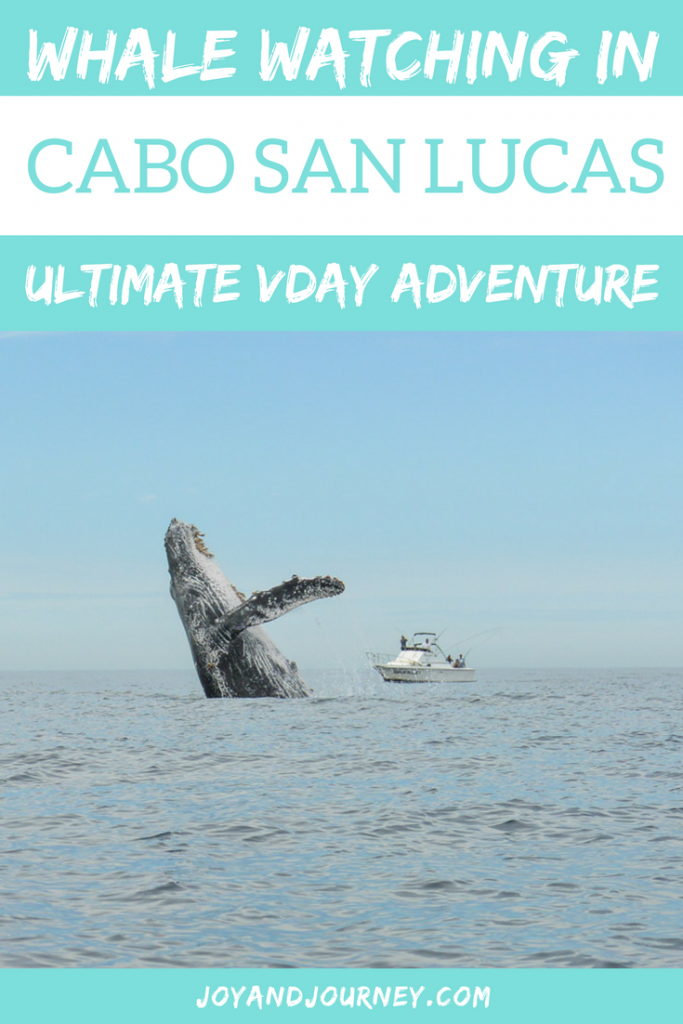