I’ve just moved across Rio de Janeiro for my first time (spoiler alert: it also ended up being my last)

In one building, I looked at old decrepit dirty units asking for 30% higher per month than another unit in the same building that was bright, clean, larger, and modern.

I struggled with where to live in Rio de Janeiro, and how to find an apartment.

I’ve realized it is really important to live in a good area where you feel safe and comfortable. Especially as a woman in Rio de Janeiro, not everywhere feels very comfortable, with the catcalling and harassment.

I prefer to live near (walking distance) to the metro. I don’t EVER take the bus, so being on a bus route wouldn’t matter. I thought I would really like to ride my bike around, but aside from the path along the beach and a few other specially indicated bike paths, I don’t feel very safe (from motor traffic) and sometimes its just too darn hot! [sidenote: my bike got stolen after 3 months of buying it so that’s now irrelevant]

I took a while to weigh the pros and cons of the neighborhoods in Zona Sul (where most expats live), and first I searched within the neighborhoods of Leblon, Ipanema, Botafogo, and Copacabana – because I feel most safe and comfortable there. Eventually, I ruled out Leblon as it is too far from the metro. Then, canceled Botafogo for its (relative) long length from the beach. I settled on Ipanema and Copacabana, and ended up choosing the edge of Copacabana (near Leme) for my final choice.

I love Leme and would highly recommend the neighborhood to any potential expats in Rio de Janeiro. Great prices, near to the beach, safe, and with lots of shops, a mall (RioSul), restaurants, and groceries. 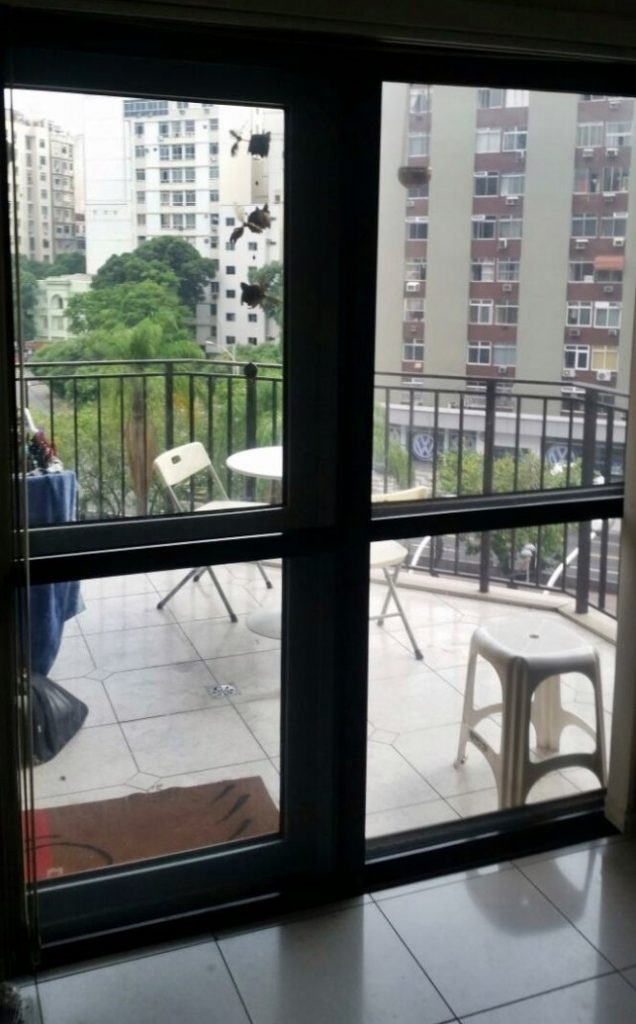 The unit I settled on is in an older building, but with a pool and gym and 24 hour security and doormen and porters. 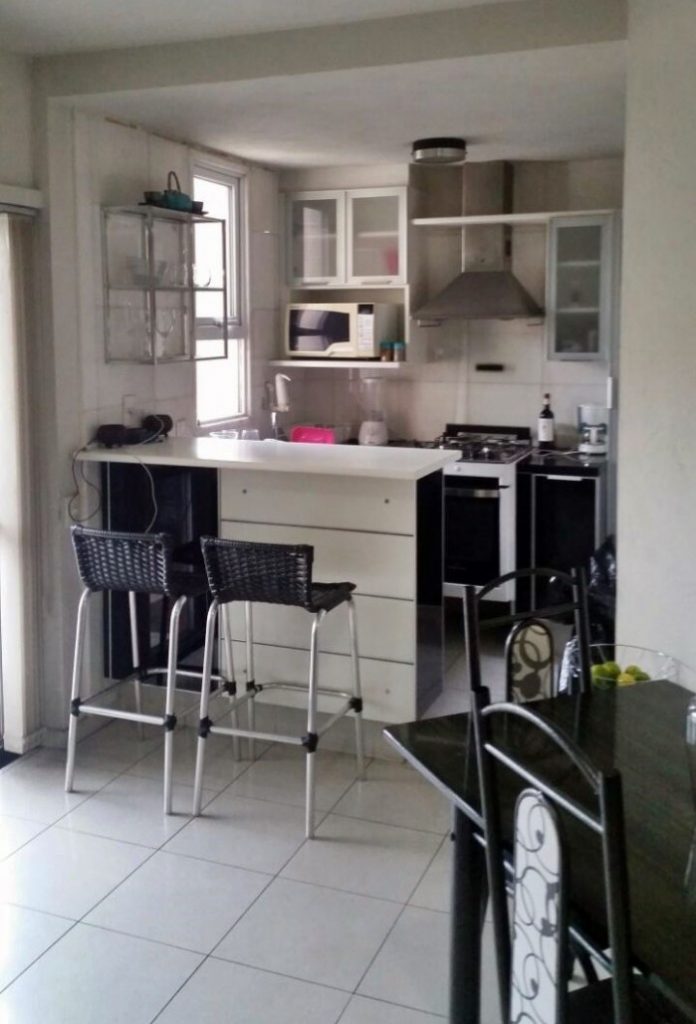 The apartment itself is modern, with an aaaaamazing shower (you forget what a difference a good shower really really makes, until you experience it again), super modern kitchen (ohmygawd an oven!), and big balcony with a view of the city and the mountain. I found the unit through airbnb.com, and was introduced to a proxy for the owner who was away. We settled on a “great” price around 1000USD per month including utilities. 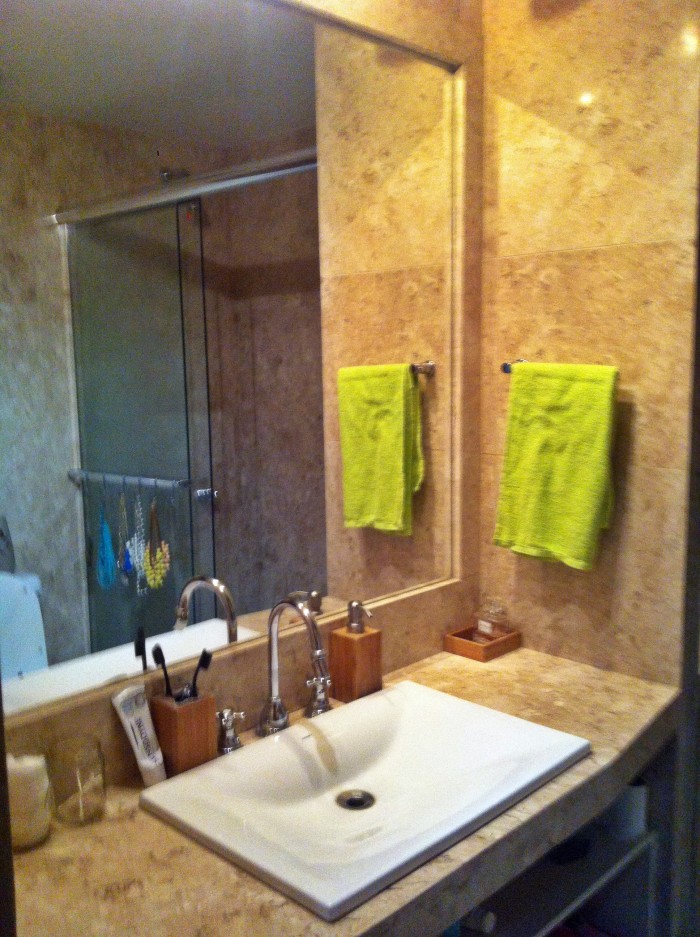 Unlike Bangkok, Rio does not have the same amenities, nor even close to a sane quality for price ratio. The cost of living in Rio de Janeiro is quite high, especially when compared to Bangkok, and this applies to apartments especially.

Its difficult to find an apartment of livable standard for less than 1100USD per month in a central area, and that is likely small, outdated, and almost certainly does not include a pool or gym.

It is more common in Rio than in Bangkok to live in shared houses or shared apartments, where rooms are rented individually. Average costs for a private room in a shared apartment/house, in a central area, but most likely not including pool or gym, starts from 700USD. It is also extremely common for Brazilians to live at home with their parents until marriage, due in part to the high apartment costs. 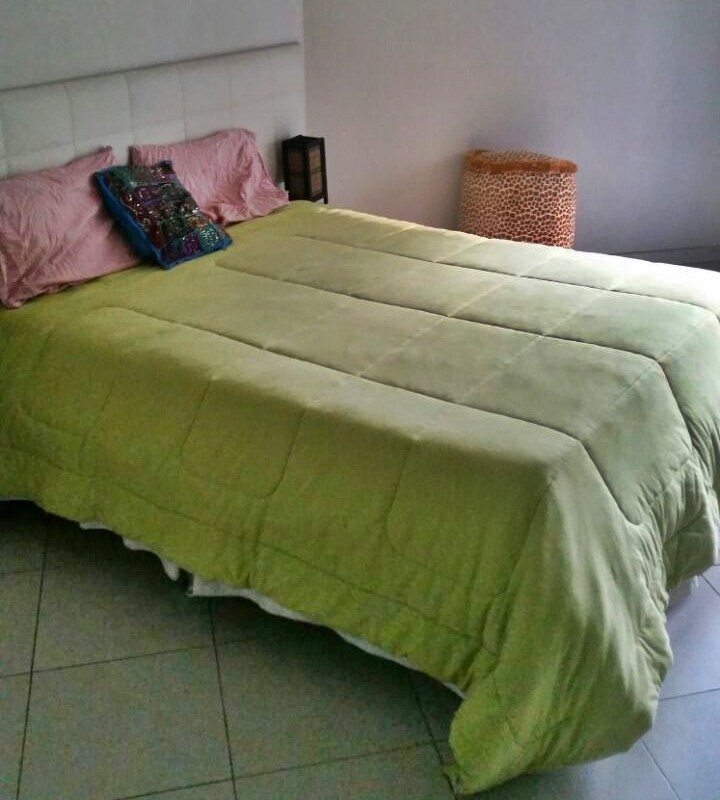 BUT I found a really great apartment for a good (Rio.. not Bangkok) value. My choices were further limited as I needed a dog friendly location, as I’m bringing my pup Mickey with me.

How I would move in Rio if I were to do it again..

Learn from my mistakes on expat living in Rio de Janeiro:

1. Don’t live five tall floors up with no elevator.

No view is worth the inconvenience, it seriously makes you think twice before leaving your house. Being an expat in Rio can be lonely enough, especially at first, and isolating yourself in some sort of Rapunzelesque living situation is only going to make you feel more alone. 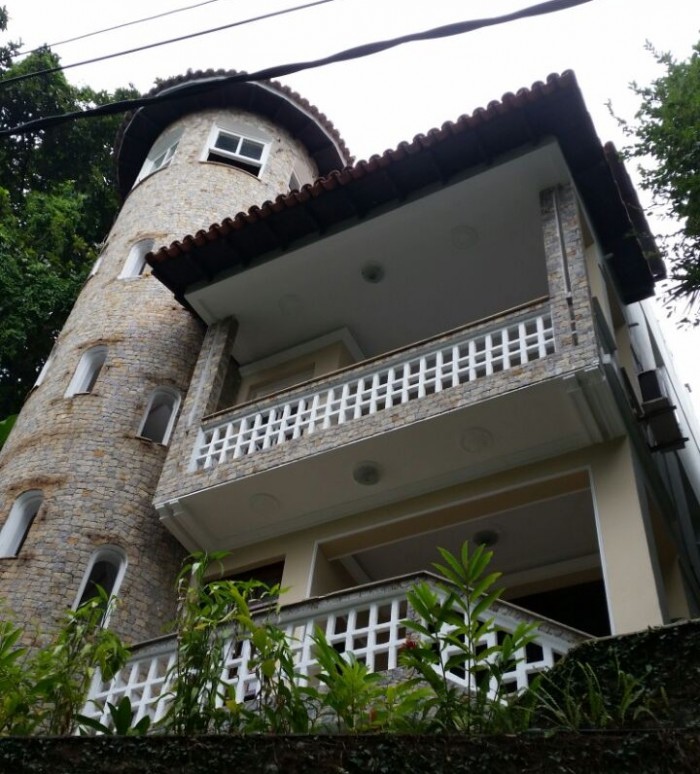 2. Use airbnb.com to find an apartment

If you can speak Portuguese, or have a friend that does, and you want a longterm lease, another option is to stop into any of the number of real estate offices in Zona Sul. You’ll notice them by the ads plastered on the windows for houses. These tend to have the best rates.

3. Double check anything a unit owner tells you, with the building operator / front desk

There seems to be a tendency in Brazil to oversell everything. Anything of importance, ALWAYS double check.

4. Get it in writing

If you’re promised anything, put it in writing and have all parties sign it. This goes from parking space, to who is responsible for paying the utilities. Rio is quite casual and things may be verbally promised without the necessary intention to follow through

5. Definitely have a rental car if you’re moving a lot of stuff

Or borrow a friend’s car if you have more than a taxi’s worth of stuff. First off, you don’t want to risk an unscrupulous driver fleeing with all your prized possessions while you attempt to move in. And it’s just way easier.

Give yourself plenty of time to sell or give away anything you don’t want to move. There’s no sense in moving something you plan on getting rid of eventually anyway.

To avoid the traffic and heat. Even better if you can manage moving on a weekend

Having a celebration or relaxation night give you motivation to get through the drudgery of the day. Bonus points for throwing a post-move casual dinner party for your helpers.

My most important realization, which pushed me further towards minimalism – why do I have so much stuff??? BUY LESS STUFF SO THERE IS LESS STUFF TO MOVE!!!!

On move-in day, I finished up packing [ughhhh packing], loaded the car, and headed to my new place! I was so excited to finally move in I could barely sleep for a whole week leading up to the move.

When I arrived to my new home, the porter came to my car to help me load my boxes and bags (how nice! one benefit that Bangkok did not have).

I began to walk inside, and was abruptly stopped by the doorman. He pointed at my dog and said (in Portuguese), “He can’t come in.”

Upon further confirmation, it was confirmed that dogs are not allowed. OMG.

Before paying for three months in cash up front, I had checked and double checked with the owner of the unit that dogs are allowed inside.

And now, I’m clearly being screwed.

On the verge of tears (okay, actually, really crying. no verge here.) and totally incapable of rational thought (the repeating thoughts in my mind OMG I’ve just moved out, All my things are here, I paid for three months up front, I’ve lost all this money, I need to find a new place, What am I going to do?!?) my friend helped me by contacting the owner and her proxy, and after a confusing half hour it was determined that dogs ARE actually allowed in the residential area of the apartment (the building also features a hotel).

Dogs aren’t allowed in the lobby, and they need to be registered in advance (would have been GREAT to have been told this one!).

So, teary-eyed, we moved in. For real.

What do you think of expat housing in Rio de Janeiro? Have you ever moved?