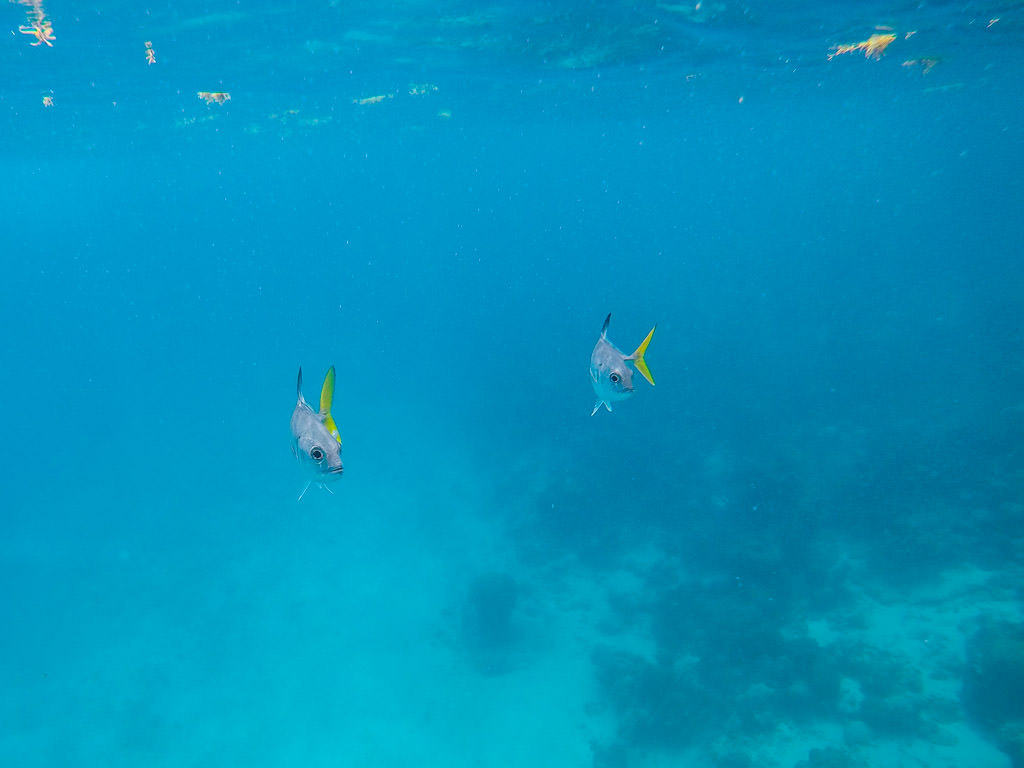 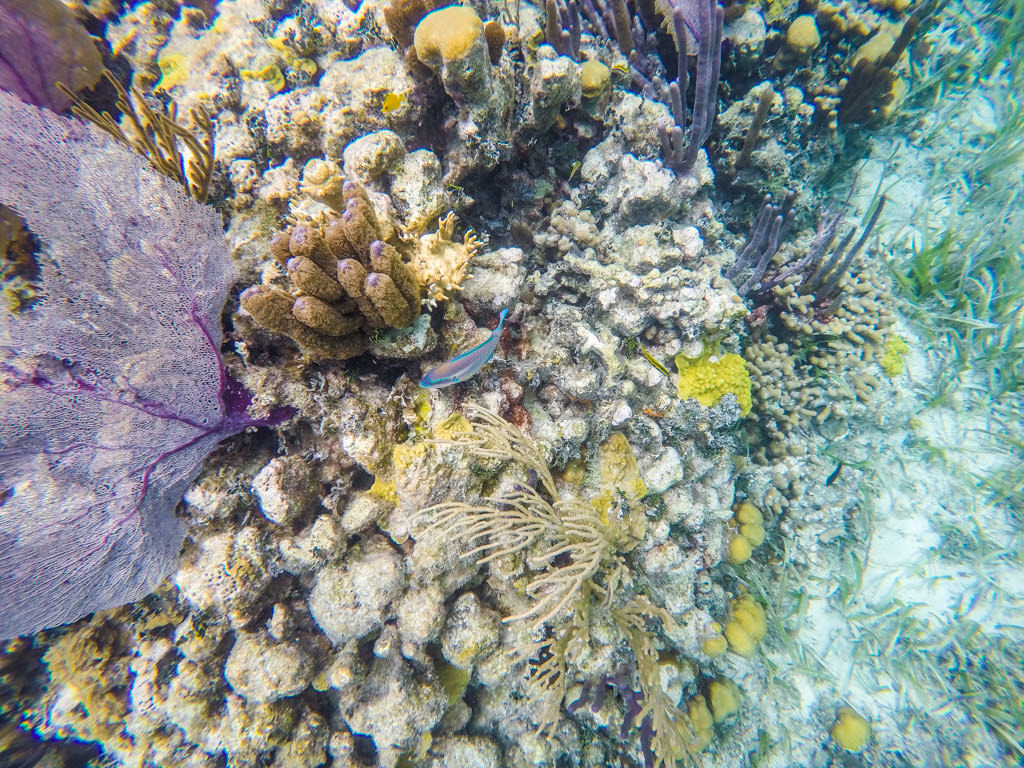 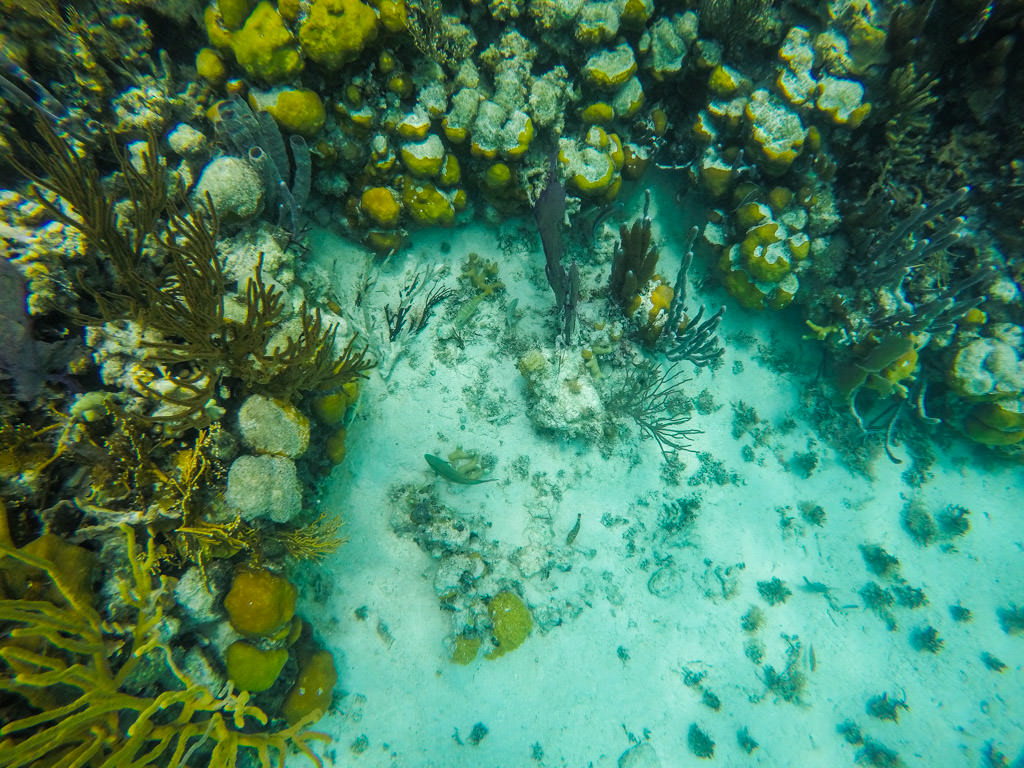 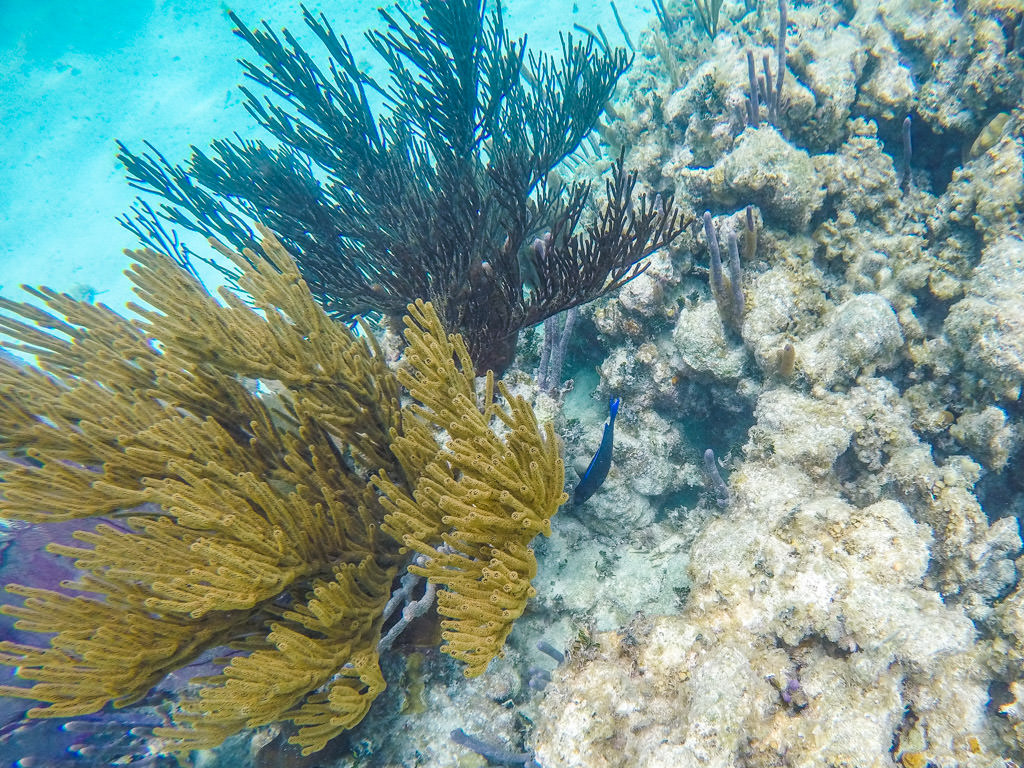 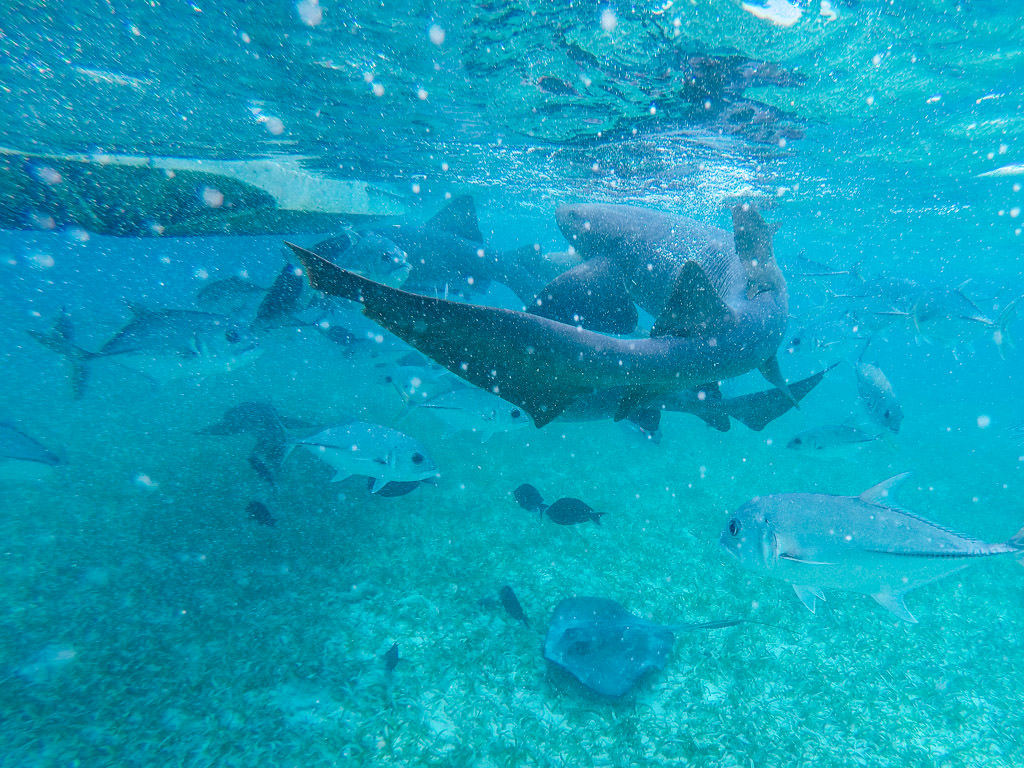 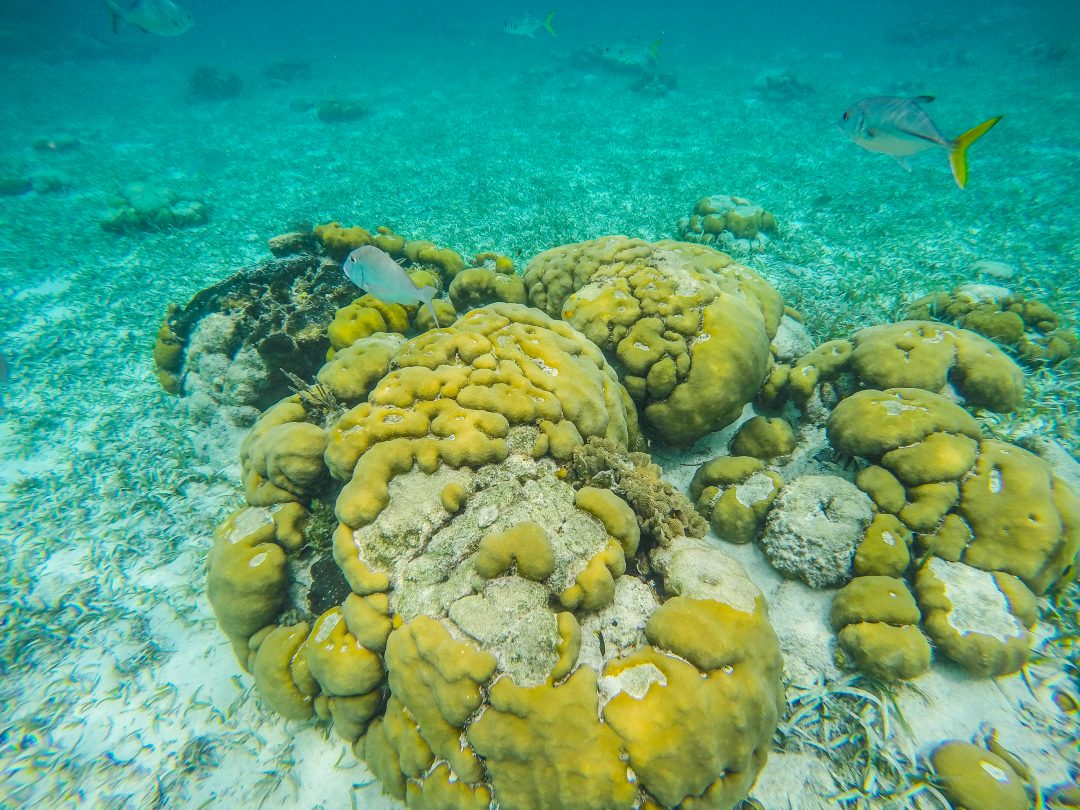 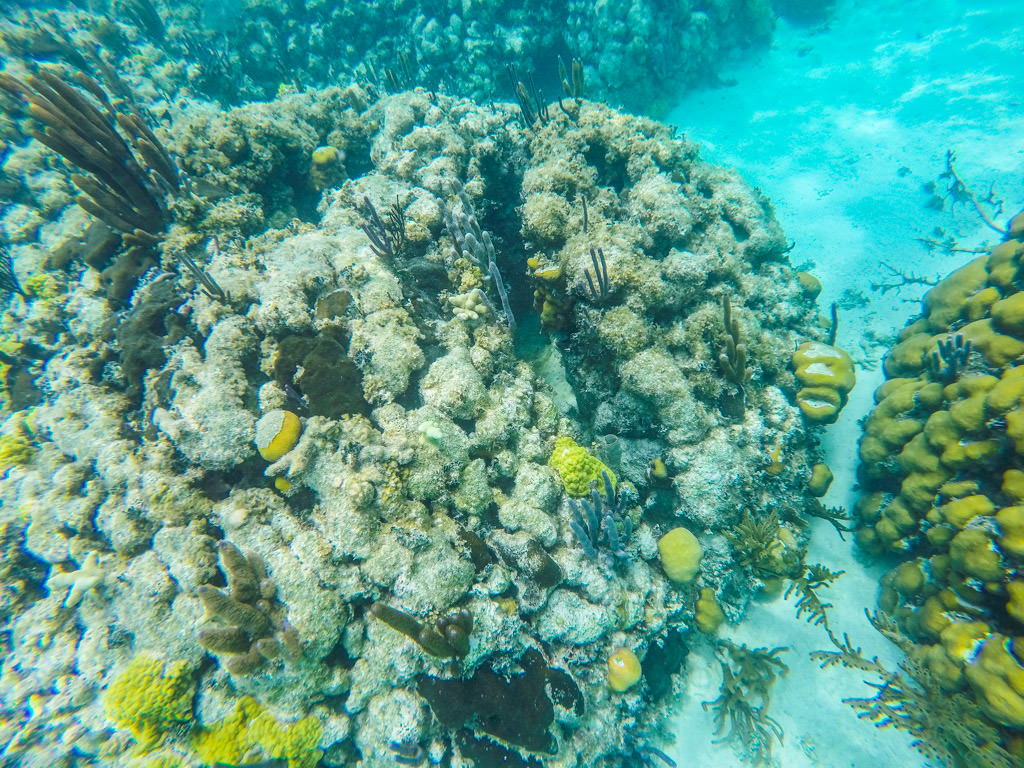 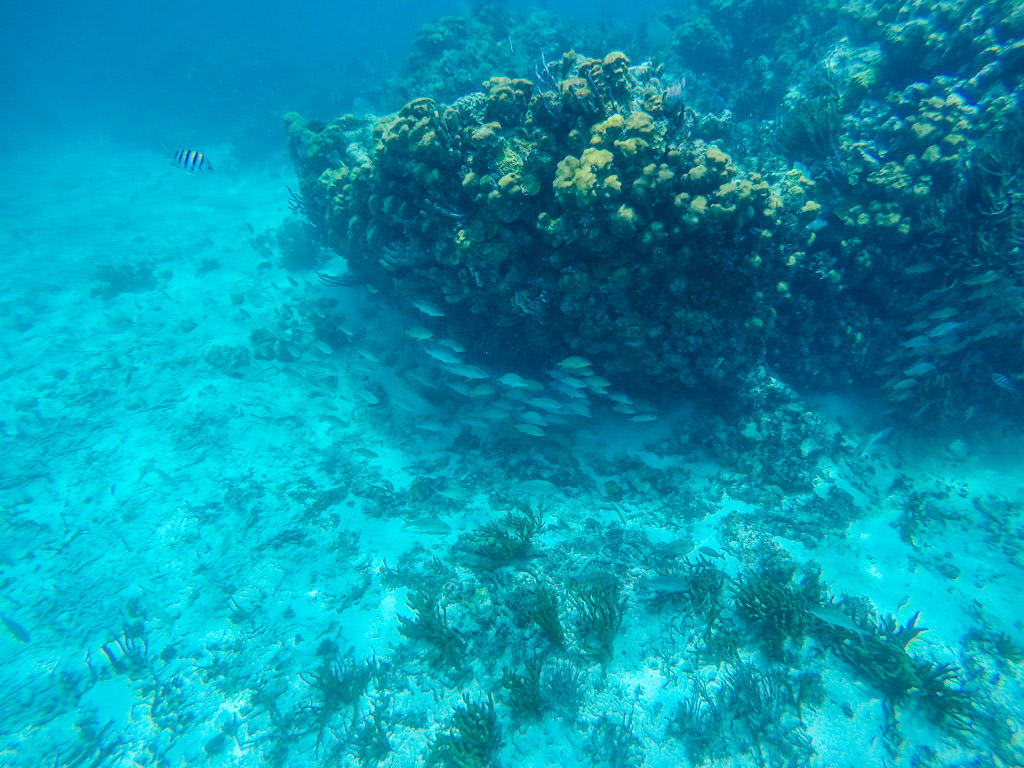 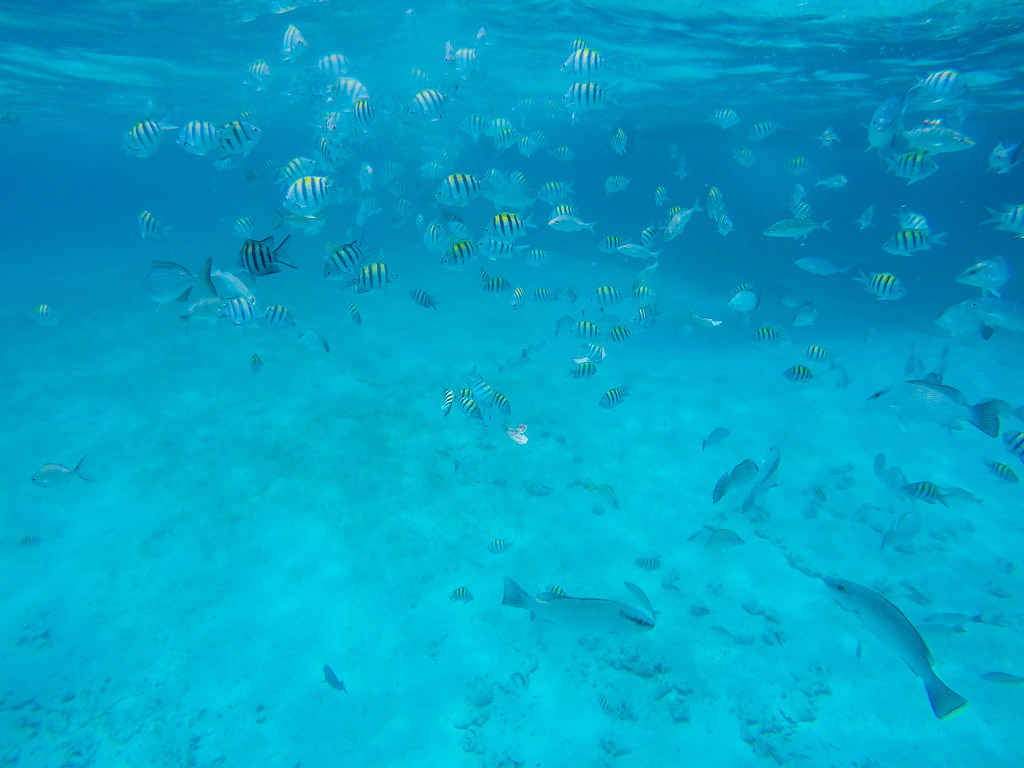 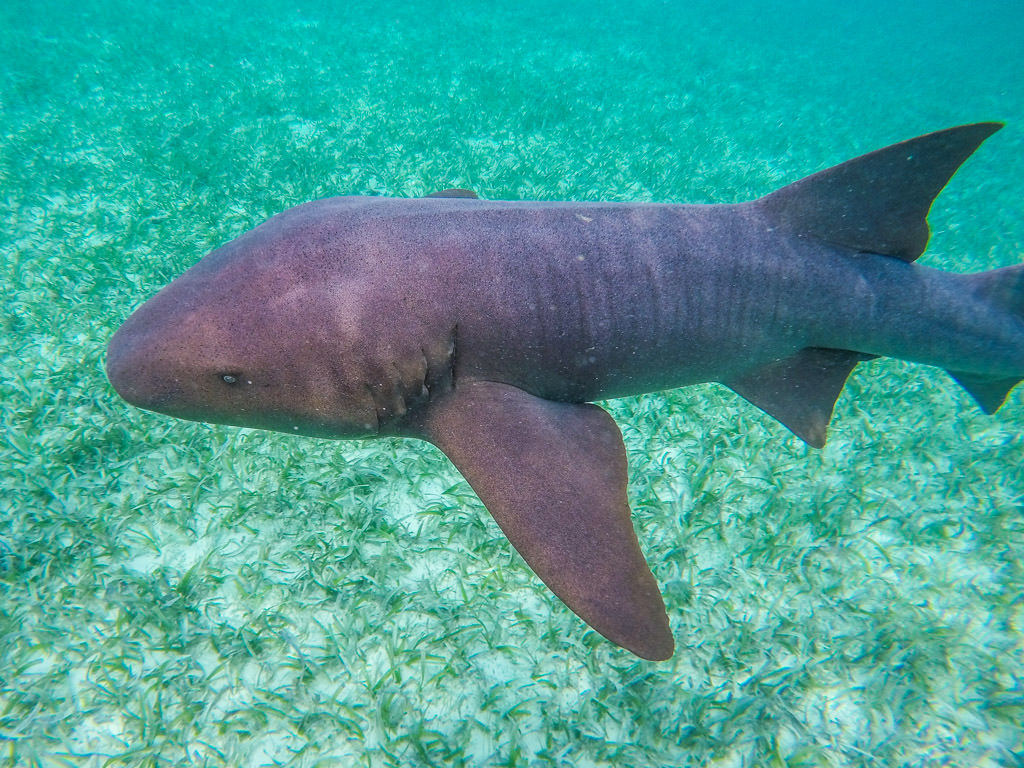 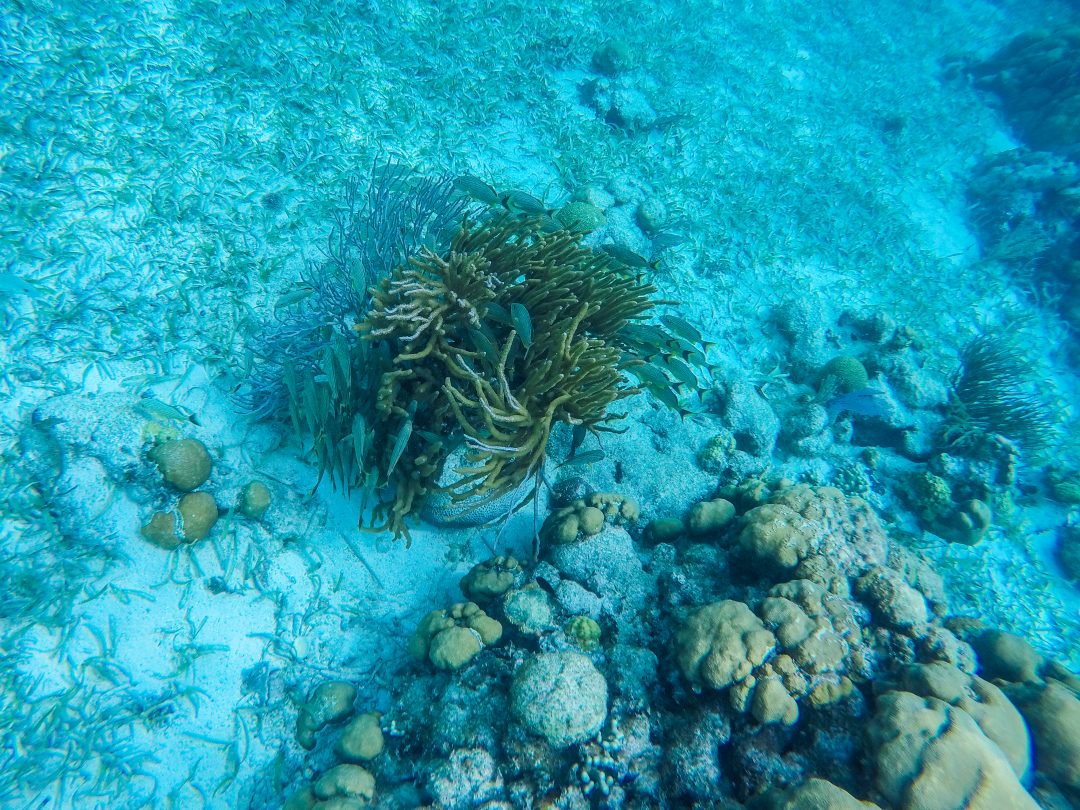 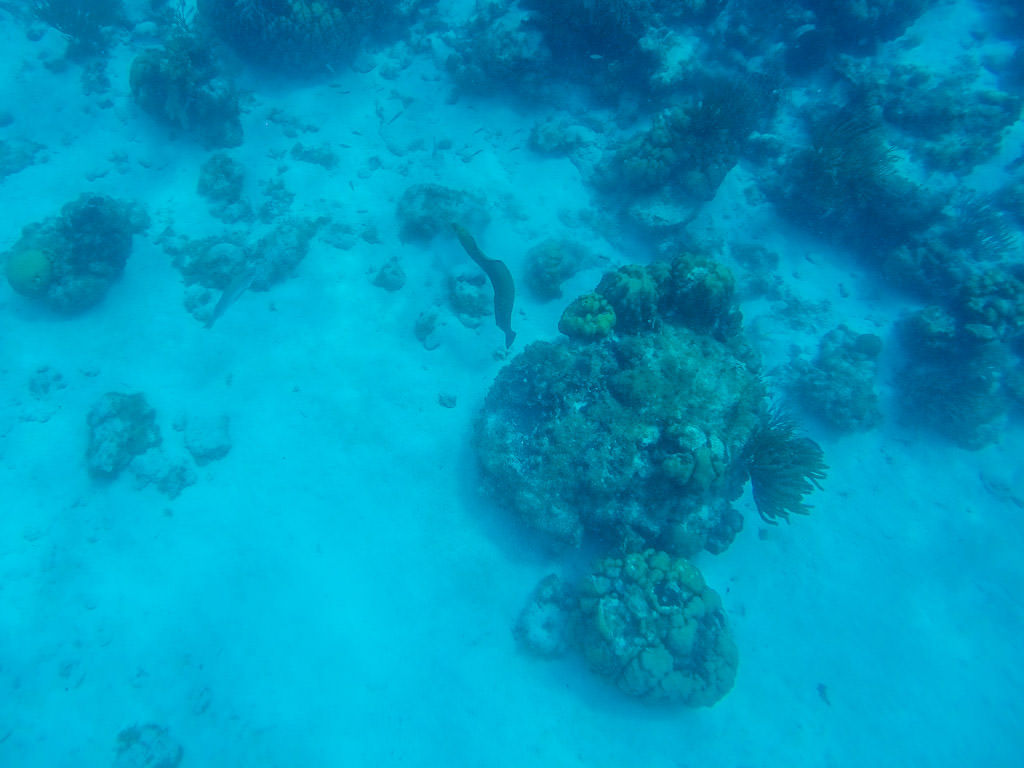 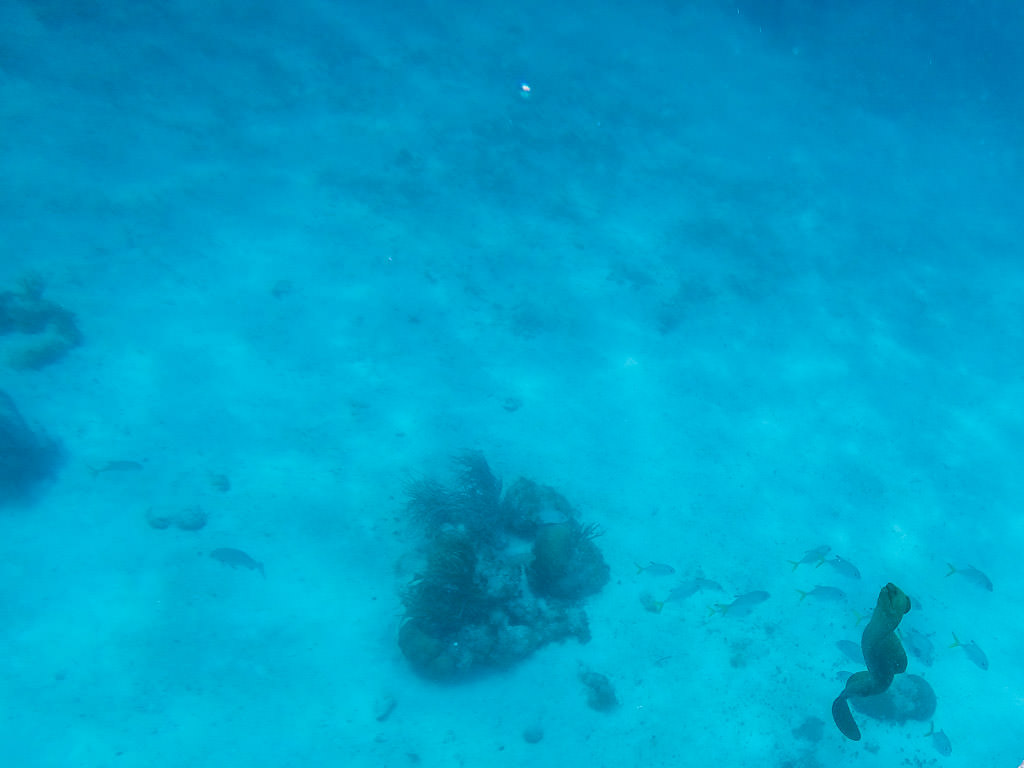 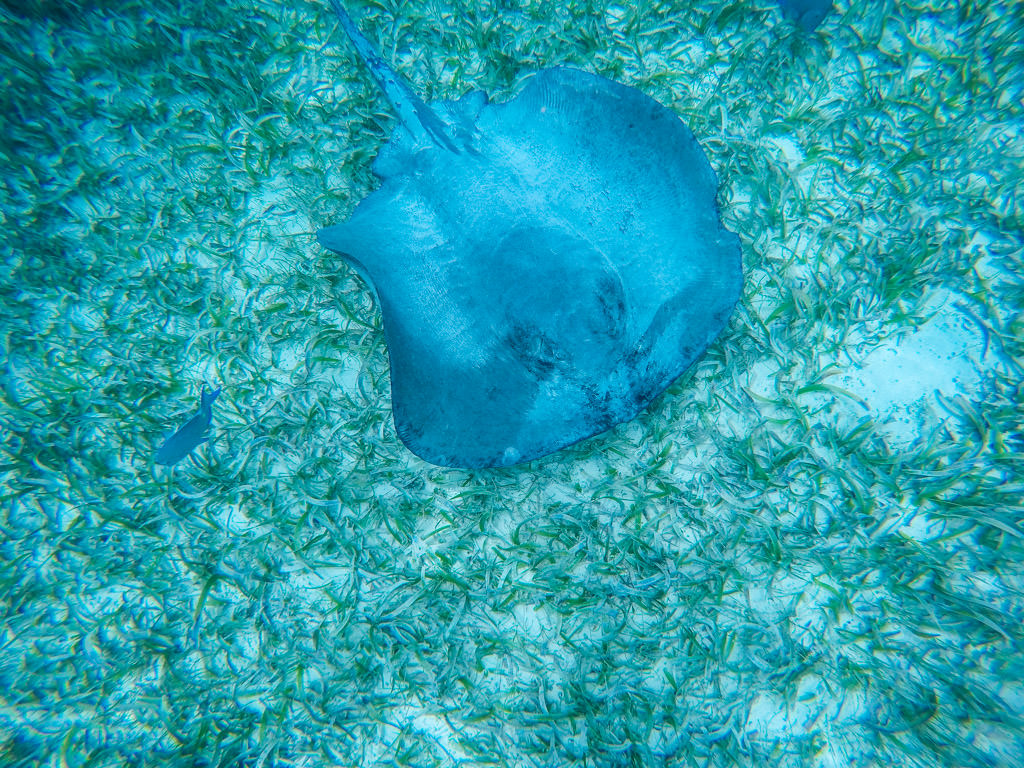 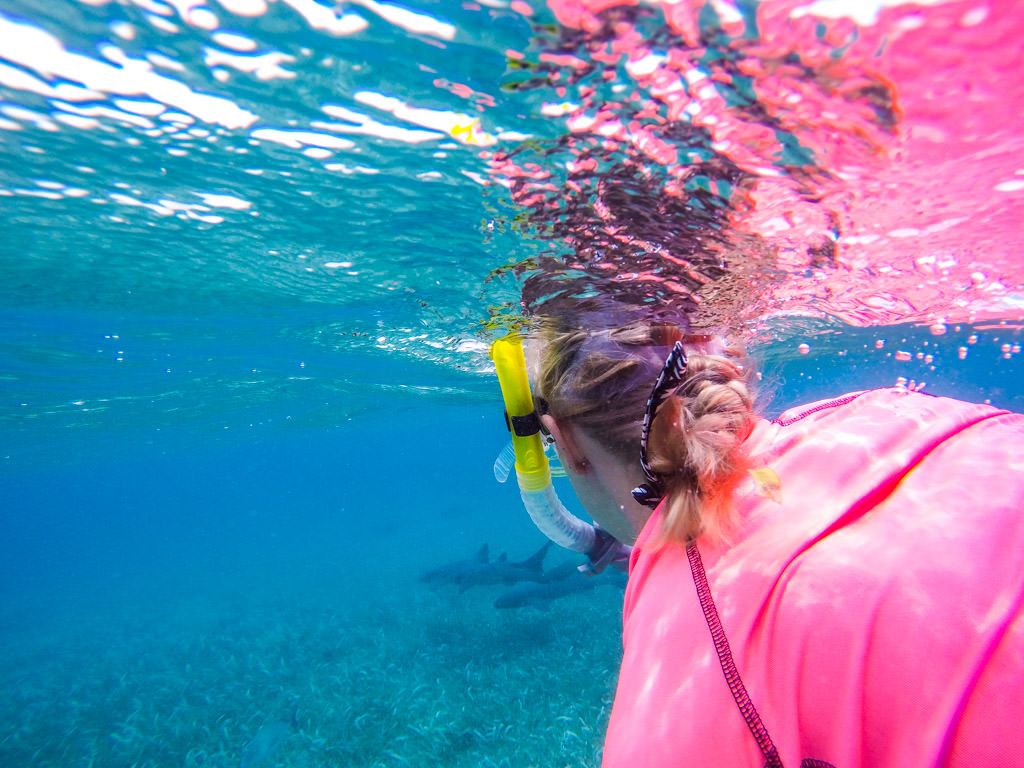 Then, the cold hard facts.

If you live on this planet, you’ve heard of the Great Barrier Reef, and probably know it’s located off the coast of Australia.

You might even know it’s the largest barrier reef in the world (hence, its name).

But what about the SECOND biggest barrier reef in the world?

If you’re an American, it’s a lot closer to home, but somehow — much less well known.

The MesoAmerican Reef needs to seriously step up it’s PR, but I’m here to help in the meantime.

This gorgeous reef, which hosted all of the photos and experienced depicted above, is located within the Caribbean Sea. It lies off the coasts of Mexico, Belize, Guatemala, and Honduras, and is almost 700 miles long.

Unfortunately, the government of Belize doesn’t really think so.

Belize has NOT enacted sufficient protection for the Belize Barrier reef, leaving it vulnerable to the dangers of offshore oil drilling and coastal construction.

You can take action and urge Prime Minister Barrow of Belize to behave in an ethical and environmentally conscious manner by signing your information to a prewritten letter by the World Wildlife Foundation, it doesn’t get any easier than that! Learn more about the lack of protection for Belize’s reef here

How to Snorkel the MesoAmerican Reef and NOT Be a Jerk

When you choose to visit the MesoAmerican reef, you can keep in mind a few key points to do your part in protecting this incredible natural ecosystem the Americas have been blessed with.

is full of chemicals and potentially coral-harming compounds. You should ALWAYS choose reef-safe, biodegradable sunscreen

when you’re going to be in near proximity to reefs, and the MesoAmerican reef is no exception.

To be honest, you should really be going with natural sunscreen

for your own health as well. Why rub icky chemicals all over the largest organ in your body?

If you’re worried natural sunscreen isn’t effective, you’re wrong. Seriously. But if you can’t get over your fear that natural isn’t as good as chemical, you can also use a sunshirt

for extra protection. I was wearing a bright pink one when I went snorkeling at the MesoAmerican reef, and in addition to protecting my back (my non-sun-shirted hubby got fried), I think it looks bright and cheery in photos.

Don’t wear any bugspray (or any other non-natural cream, spray, or lotion)

This should be a no-brainer but apparently its not.

The same chemicals that keep bugs away can damage the ecosystem of the MesoAmerican reef. You’re in the water, you don’t need it anyway.

Please also avoid putting on any unnatural creams, sprays, or lotions (this includes makeup foundation), as it will come off in the water.

Coral is super sensitive, and the last thing it needs is your big ol’ foot stomping on it.

Don’t use antifog on your mask exterior in the first place (it’ll just wash away), but also don’t use artificial, chemical-filled antifog solution on the interior of your mask and then rinse it out in the ocean water.

If you NEED to apply something with chemicals to the interior of your mask and then rinse it, do so with water that you keep in the boat and dispose of properly.

You want to remain horizontal as much as possible with your fins away from the bottom and especially from coral.

Fins stir up a lot of water and sediment (think about how much easier it is to swim with them and this will make sense).

Don’t throw trash in the ocean

Don’t get too close to wildlife

Don’t work with tour providers that try to save some money and skirt around the rules. Especially in Belize (and anywhere else that you’ll be entering a protected area), be sure that your tour operator has paid for any appropriate or relevant park fees.

Use a local naturalist guide

Using a local naturalist guide gives money to the local economy while also providing other economic opportunities for former fishermen.

Plus, it’s a WAY better experience for you! 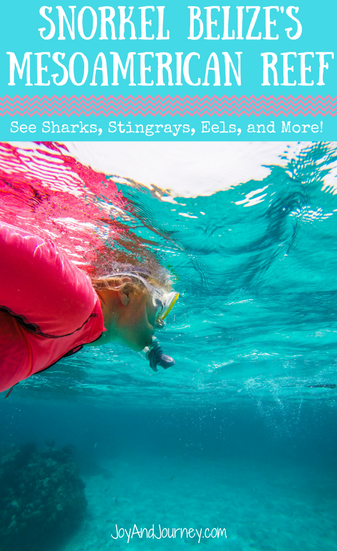 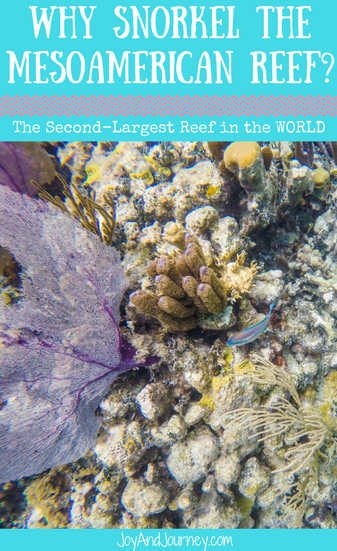 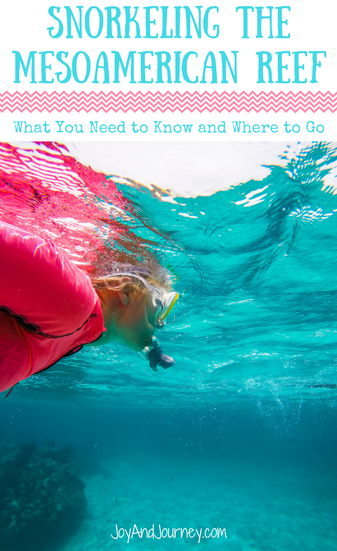 Would you ever snorkel the MesoAmerican reef? Have you already?