On our very last night in Salar de Uyuni, Bolivia, Lavi and I heard a compelling traveler’s tale. A honeymooning Irish couple had a friend of a friend who’d stayed in an inexpensive “pod” style hotel with clear ceilings for seeing the stars. It was located just across the border from us in San Pedro de Atacama Chile.

San Pedro de Atacama was said to be a beautiful little Chilean desert town, known throughout the world for its amazing night sky views. In fact, some of the planet’s biggest and most important telescopes were located there (thank you for the information, Kindle Unlimited Lonely Planet Guide to South America!)

We were pretty remote and without wifi access for the rest of the tour (and the Lonely Planet didn’t mention this ridiculously cool pod hotel), but our new friends were making their way across the border as well to book this amazing star-watching suite on arrival. We took a leap of faith, and decided to do the same (it was also a REALLY welcome excuse for Lavi and I to hang out together bit longer and not part ways as soon as we’d originally planned).

We changed our plans with only about 12 hours to spare, our guide confirming that we could be dropped off at the Chilean border instead of continuing back to Uyuni. We’d be watching stars and sipping wine under the vast night sky in no time!

Unfortunately, the dreamy stories about San Pedro de Atacama turned out to be just that – dreams. 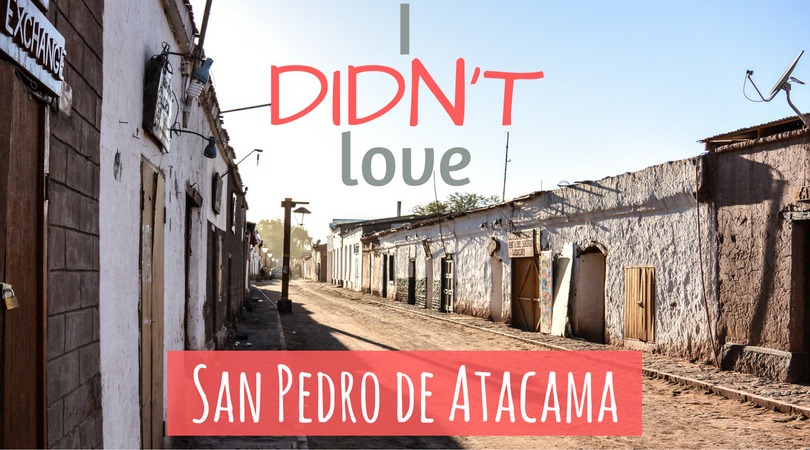 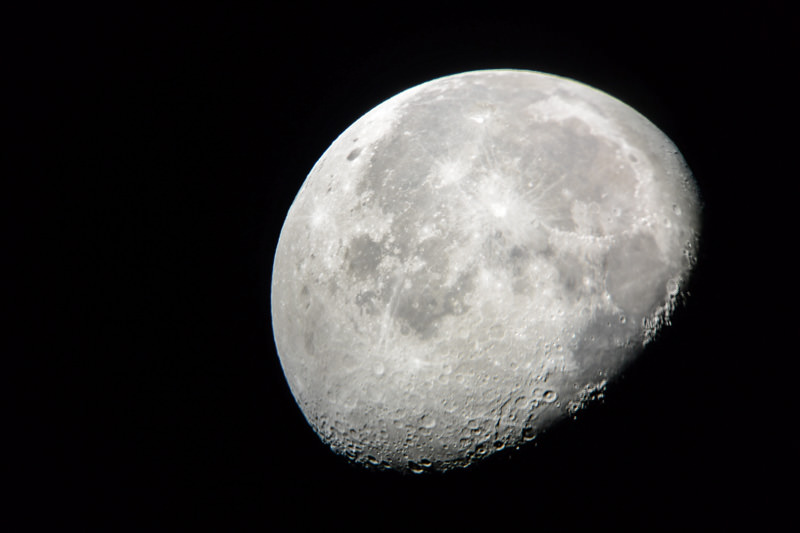 this was seen through a telescope, not the ceiling of an amazing star gazing pod

By far the biggest and most soul-crushing disappointment was that this beautiful traveler’s tale about the cheap stargazing hotel was nothing more than a fairytale.

The whole catalyst for changing our plans didn’t even exist.

The closest thing we found to the fabled stargazing hotel was Explora. But, Explora was $1000 per night, closed until further notice, and doesn’t even have stargazing rooms – just an on-site observatory.

I Didn’t Love San Pedro De Atacama Chile BECAUSE… it was super overpriced! 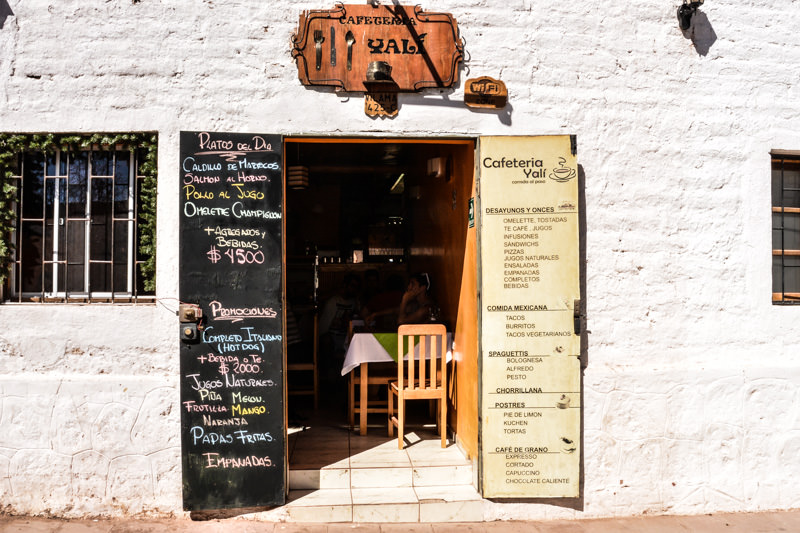 by far the cheapest restaurant we found

While I’ll concede we were there the week of Easter holidays, which could understandably increase the prices, the value for money was ridiculously bad. Accommodation and food were especially pricey.

Hotels ranged from $70 to over $100 for a simple double room with a private bathroom. For this price, you’ll get a breakfast of bread and cookies, spotty wifi, no AC, and an okay location. 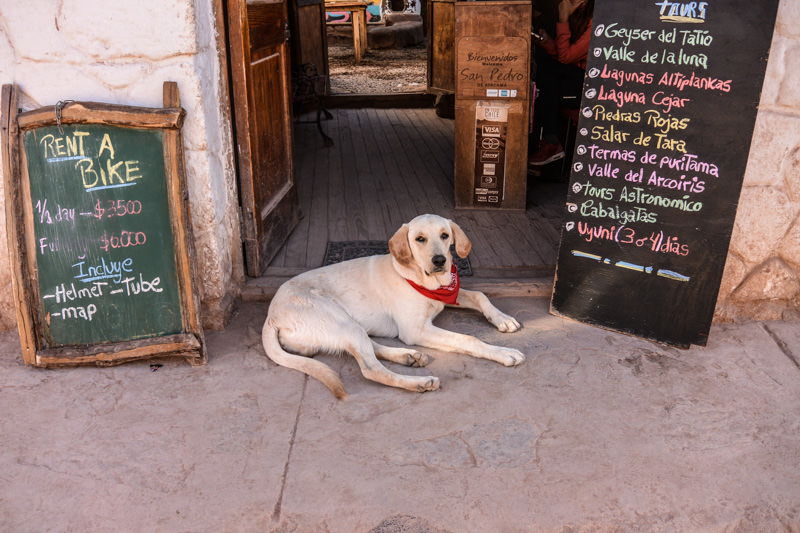 the only chill tour salesman in the whole town

Everywhere we walked, guys constantly called out suggestions, asking us to buy a tour. The guys wouldn’t even bother to glance at who they were yelling at – so we’d get shouted at by the same vendors every time we walked from our hotel to the main square, or to restaurants, or out for a drink. They were very persistent, and loud, and annoying.

I Didn’t Love San Pedro De Atacama Chile BECAUSE… there was dust and dirt everywhere! 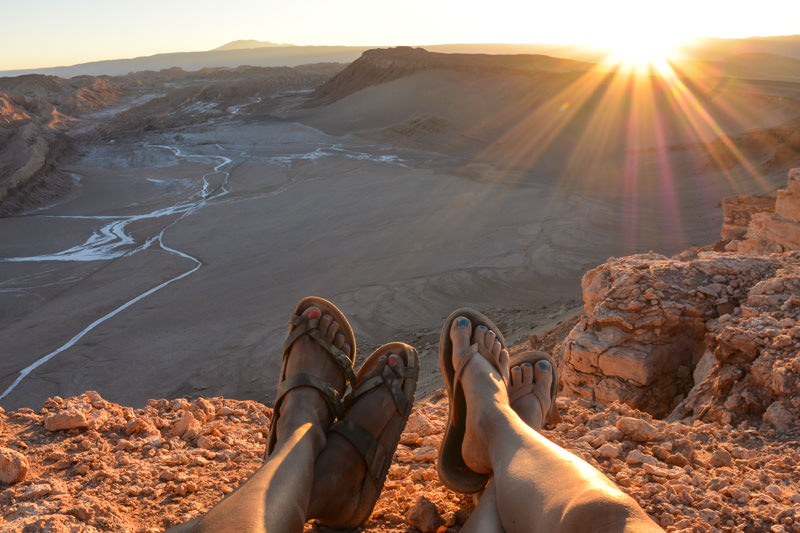 Whether you’re stepping out for a quick bit to eat, or even to just grab something from the store, all of your skin and clothing will get covered in dust. If you like to wear sandals or open-sided shoes, you will NOT like the look of your feet after even a few minutes in the street. They get caked in dirt and dust.

ESPECIALLY don’t wear flip-flops on any tour, even if the guy selling it to you promises you’ll be fine. 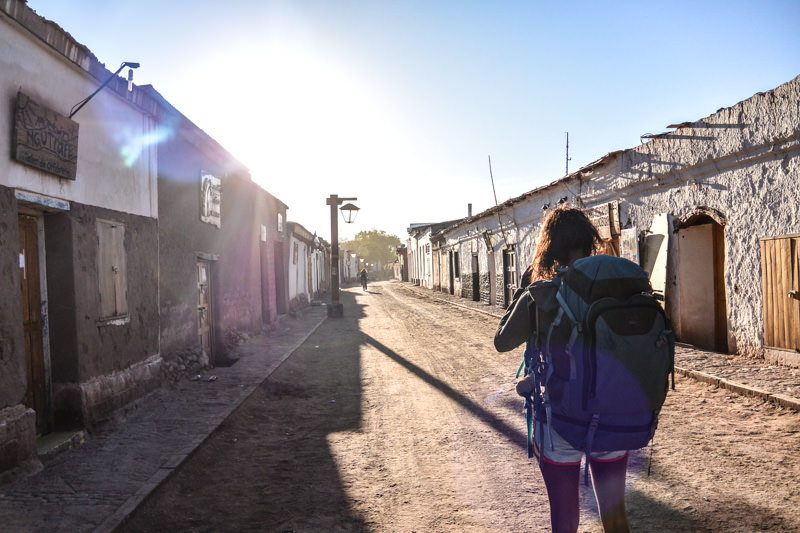 We were trying to get to Argentina a few days after the law requiring Americans to pay the reciprocity fee was canceled.

The bus company providing service to Argentina wouldn’t recognize the changes (even though it was publicized and all bus companies informed), and still insisted that we show proof that we’d pay the reciprocity fee (which we couldn’t anymore, it doesn’t exist). They wouldn’t even consider the letters that the Argentinian consulate wrote for us to them. Because of their willful ignorance, we got stuck in San Pedro de Atacama for twice as long as we would’ve wanted.

At first, the bus company wouldn’t allow us to buy tickets. And after they finally allowed us to actually buy tickets, they then tried to prevent us from boarding the bus the next day! Luckily, a slightly more informed manager was there, and she allowed us to board. Jeesh!

I Didn’t Love San Pedro De Atacama Chile BECAUSE… the wifi was unusable!

Adobe stopped providing wifi AT ALL

We couldn’t find good wifi anywhere. Hotels promised to have it, and didn’t. Restaurant wifi would work sometimes (if it was even provided), and then cut out suddenly. We started getting desperate and googling suggestions for okay wifi (I’d recommend the Globetrotter Girls article here), but even the Globetrotter Girls’ suggestions didn’t always pan out, like in the section about Adobe quoted above.

I realize this is a super spoiled, bitchy thing to complain about. For goodness sakes, I’m on a trip in Chile! Truth. But as working bloggers, we NEED wifi to keep our jobs going. And with the high prices we were paying for everything, I’d expect at least a little wifi, somewhere. ANYWHERE.

Everything about San Pedro de Atacama wasn’t all bad.

The stars at night were still really beautiful, even though it would’ve been WAY cooler watching them from the comfort of our own glass-ceilinged pod. Even if the whole reason we changed our plans was nothing more than a tall tale, I’m honestly still grateful for believing in it because I got to spend more time hanging out with Lavi.

Pin it For Later! 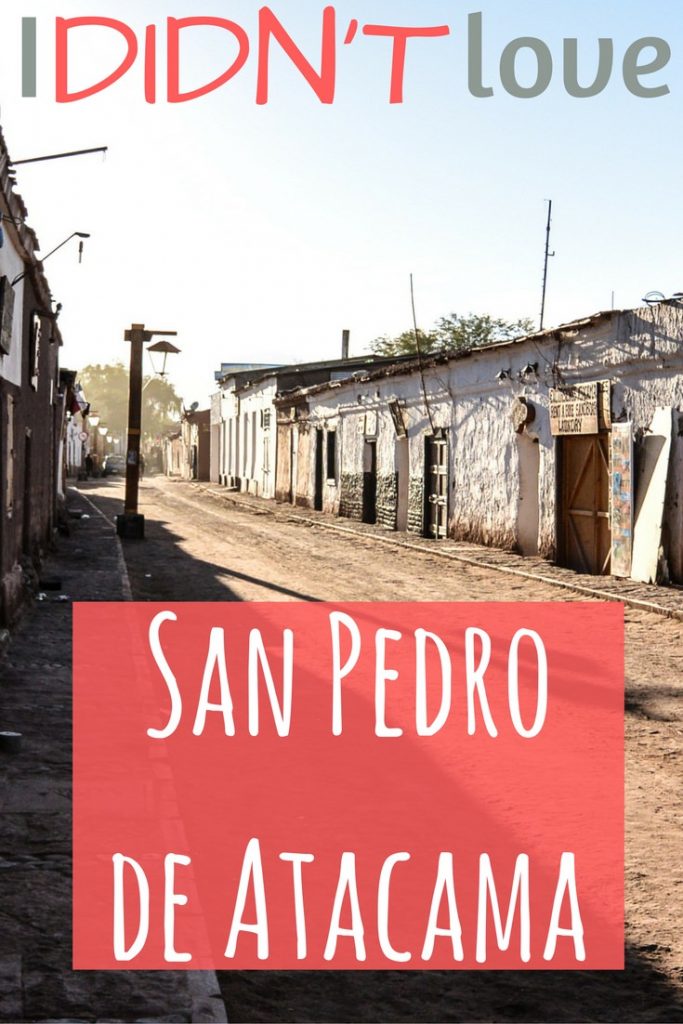 Have you ever been let down by a destination?