My main purpose in going to Arequipa was to visit the Colca Canyon on a two day, one-night Colca Canyon Tour. I was psyched to visit small villages, to experience the majesty of the world’s second deepest canyon, and most importantly for me: to hopefully see some Andean condors! 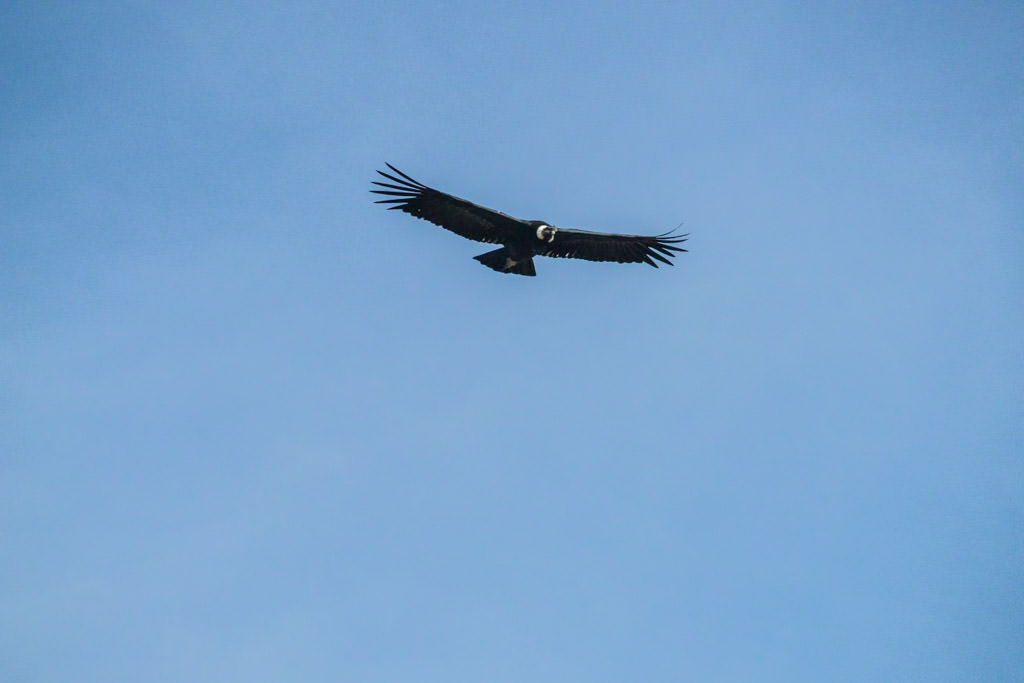 I didn’t have high hopes but I was definitely keeping my fingers crossed. You could probably steal and patent this perfect, scientific model, but I’m going to share it with you anyway: your likelihood of seeing an animal is INVERSELY proportional to your level of excitement about seeing it TIMES your expectations of a sighting. In layman’s terms, for you fellow math-averse humanities-majors (like myself), don’t get too excited about seeing an animal because it ruins your chances for said sighting to occur.

I was on a tight time frame (just 2 weeks to get from Lima to Cusco, including a trip to Machu Picchu), and had limited my time in Arequipa* to a too-short stopover the morning before and an evening after the Colca Canyon Tour.

The tour was, to be honest, totally incredible and totally underrated and totally worth it… even though I was TOTALLY sick for a lot of it (but more on that in a bit). [Is that enough “totallies” for you? What’s the plural of totally?]

The tour started around 8am with a hotel pickup by our guided minibus. After we made a pitstop to pickup some provisions (namely coca candies for the altitude and a bunch of water), we were off and on our way towards Chivay! 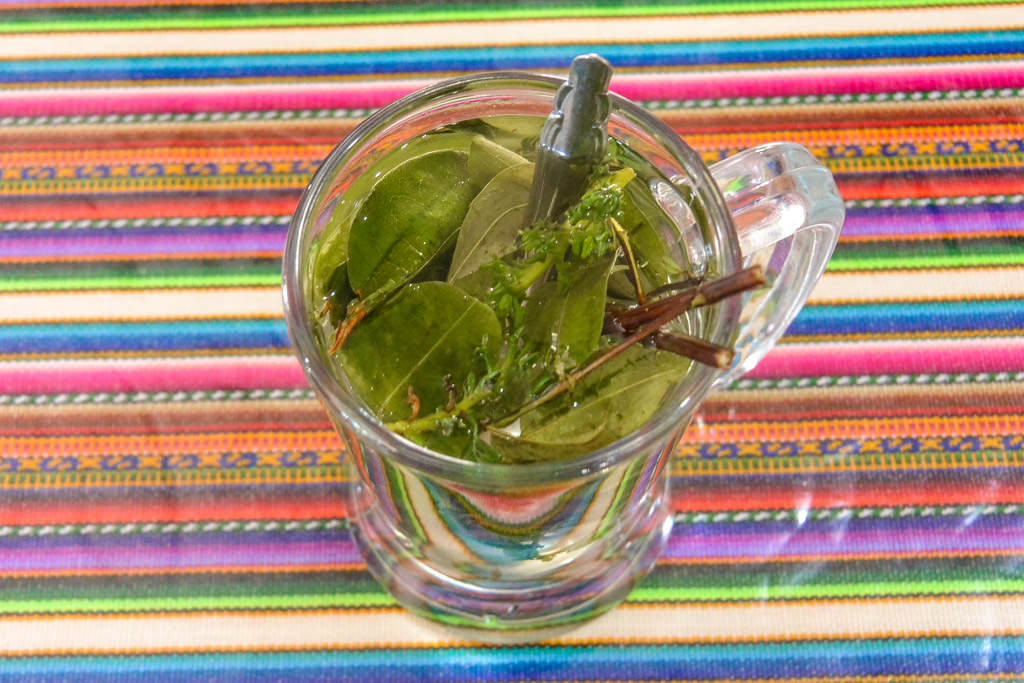 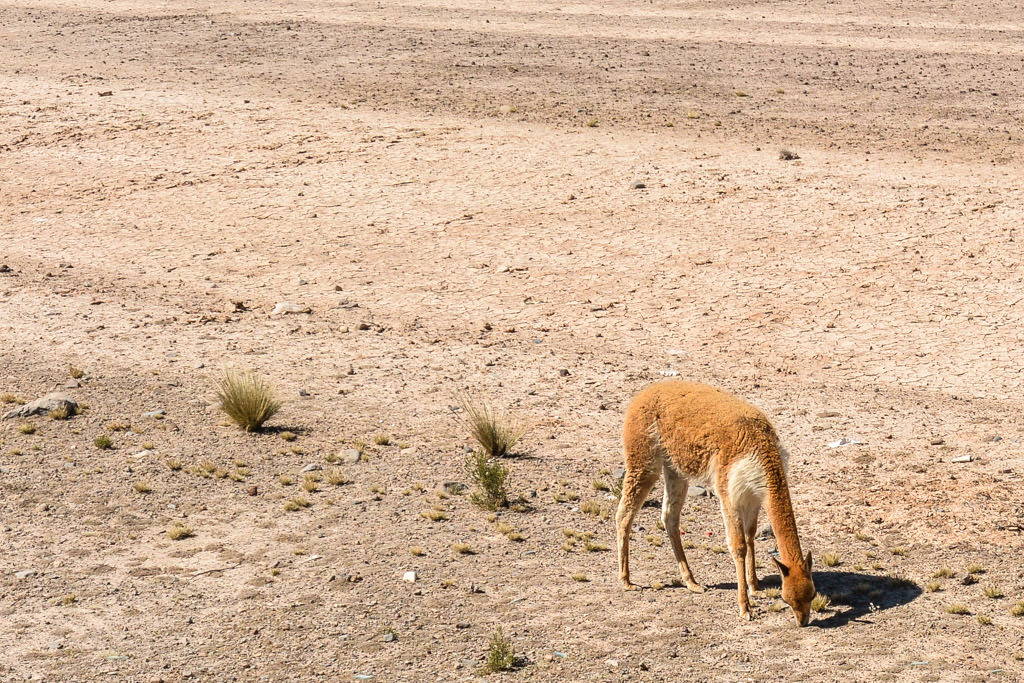 While crossing Pampa Canahuas in the Aguada Blanca National Reserve, we made stops to look at herds of wild vicunas, along with llamas and alpacas, before taking a little break at a roadside stop to guzzle down some herbal tea (coca and mint).

The stop for selfies with alpacas was when everything started to go downhill. Not literally, as we were still creeping our way upwards in elevation (we’d reach 5000 meters before the trip was over), but figuratively, as I began to feel pretty effing weird, and not in a good way. 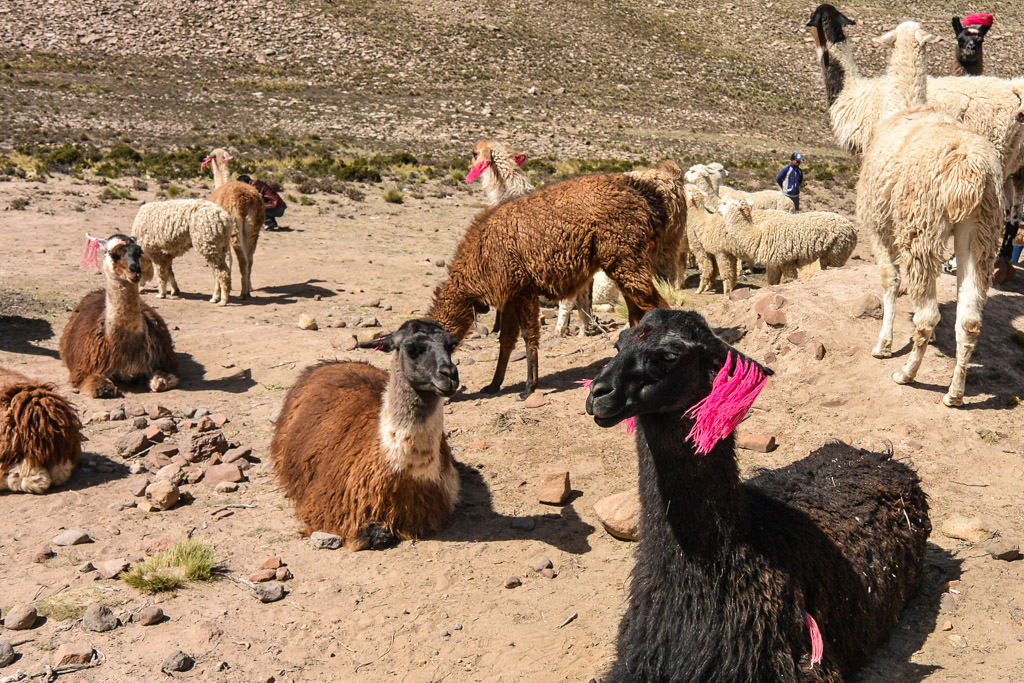 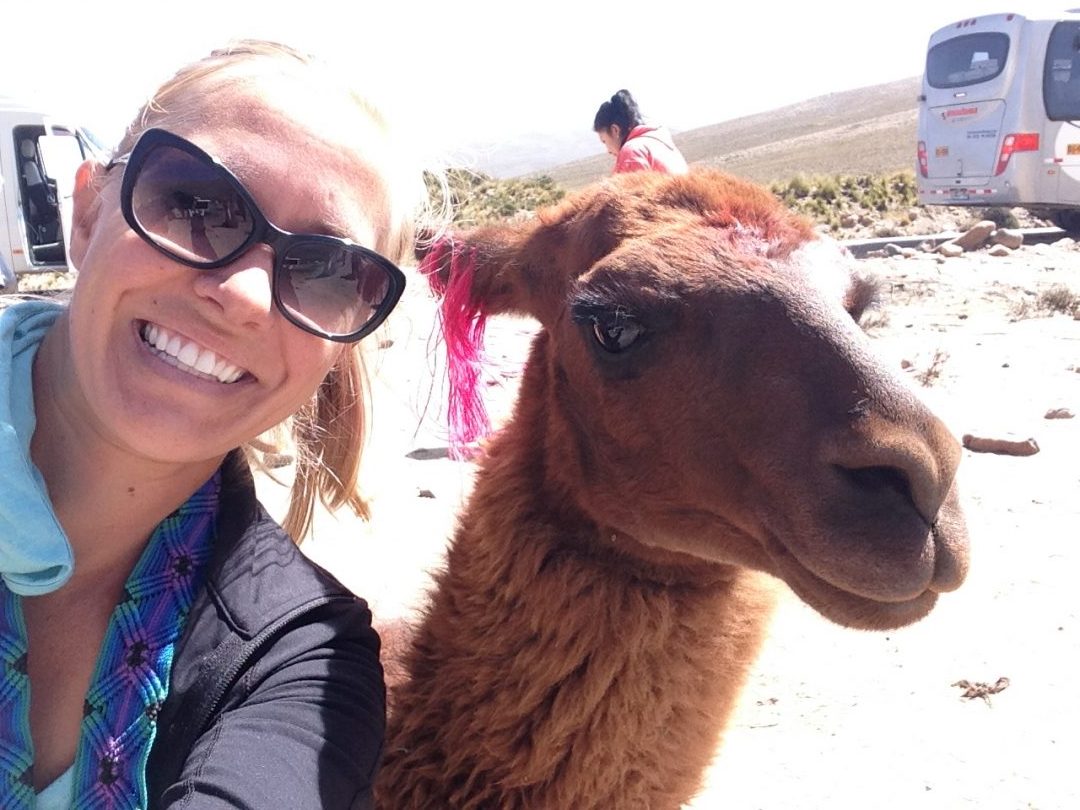 I was hugging an alpaca (of course), when I began to have blurry vision and dizziness. I slowly, stiffly disengaged from my furry cuddle buddy and made my way (feeling like I was walking on a slant) back to the van, where I tried to explain to the guide what I was experiencing.

She gave me some coca to chew, which I did, because I am obedient even in the best of times, let alone when I feel like I might be taking my last breaths. I chewed those gritty leaves even though my stomach was heaving and I felt as nauseous as I can ever remember. Yech.

My head was pounding, I felt like I couldn’t breathe, and everything hurt. I felt delirious and could barely speak, a sort of brain fog coming over me that lifted only when the guide gave me alcohol to inhale (literally inhale like breathe in, not take shots of like a fraternity kid).

The next few hours were a blur, and I didn’t move from my agonized seat in the van, even when we stopped at the Mirador de los Andes, the Crater of Chucura, or the Mirador de Chivay. I missed attractions and photo opportunities. That’s how you know shit got real, and I really felt like I was dying. 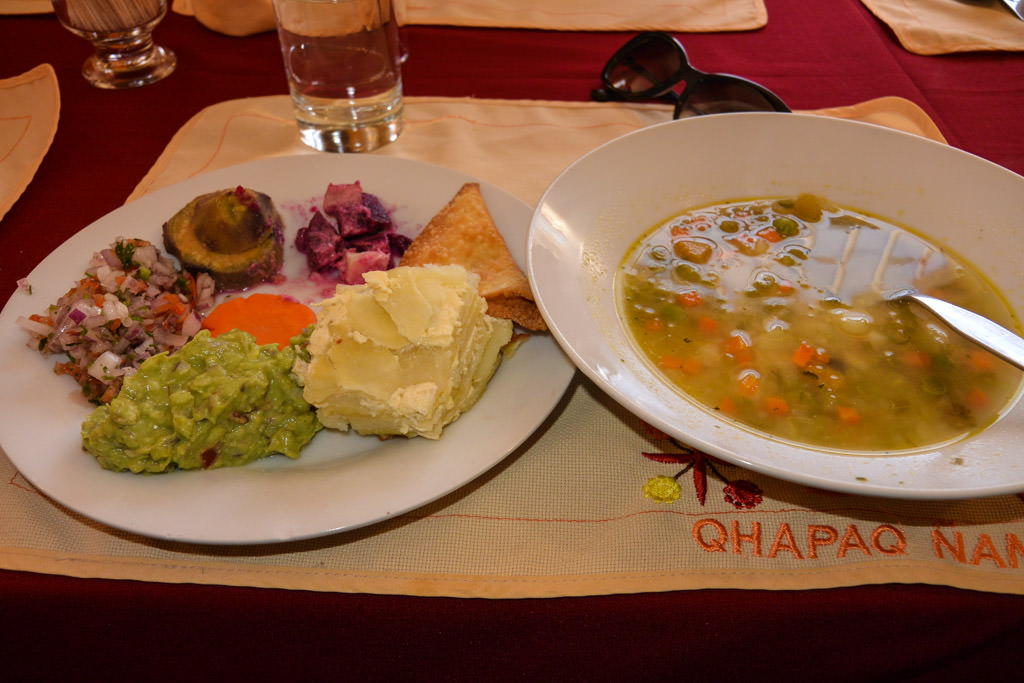 By the time we reached Chivay at lunchtime (a bit lower in elevation), I was starting to regain awareness. I forced myself to eat, based upon the advice of my group members. It definitely helped, though my headache remained. 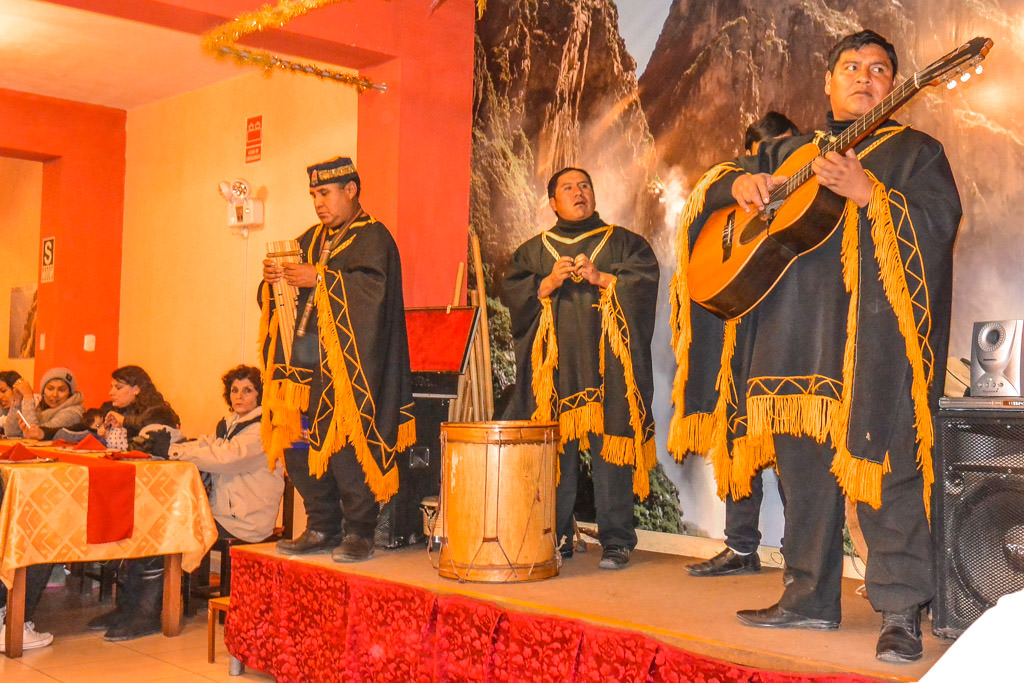 (the singing and dancing I barely made it through)

A quick dip in the hotsprings near Chivay temporarily alleviated all symptoms, but they returned with a vengeance in time for dinner, which I suffered through (sadly, as it seemed quite fun with folkloric singing and dancing) before passing out immediately upon falling into bed.

Waking up on Day 2 was tough at 6am (breakfast was a bread-filled blur), but I felt a lot better. We visited different viewpoints along Colca Canyon (the second deepest canyon in the world) to explore its beauty, and small, traditional villages. I actually got out of the car for these stops. 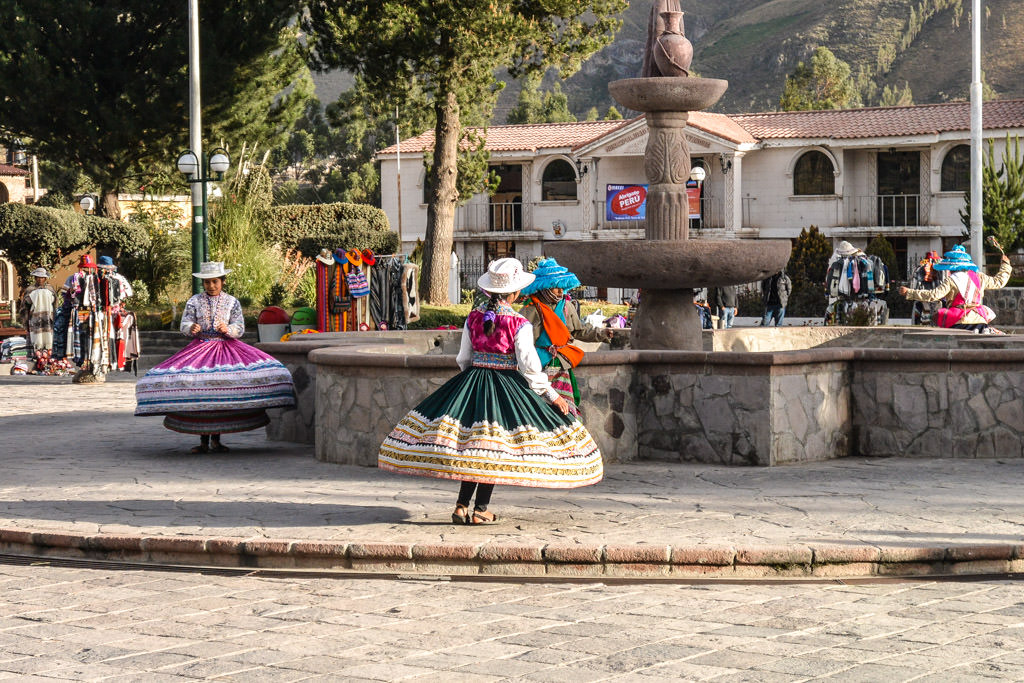 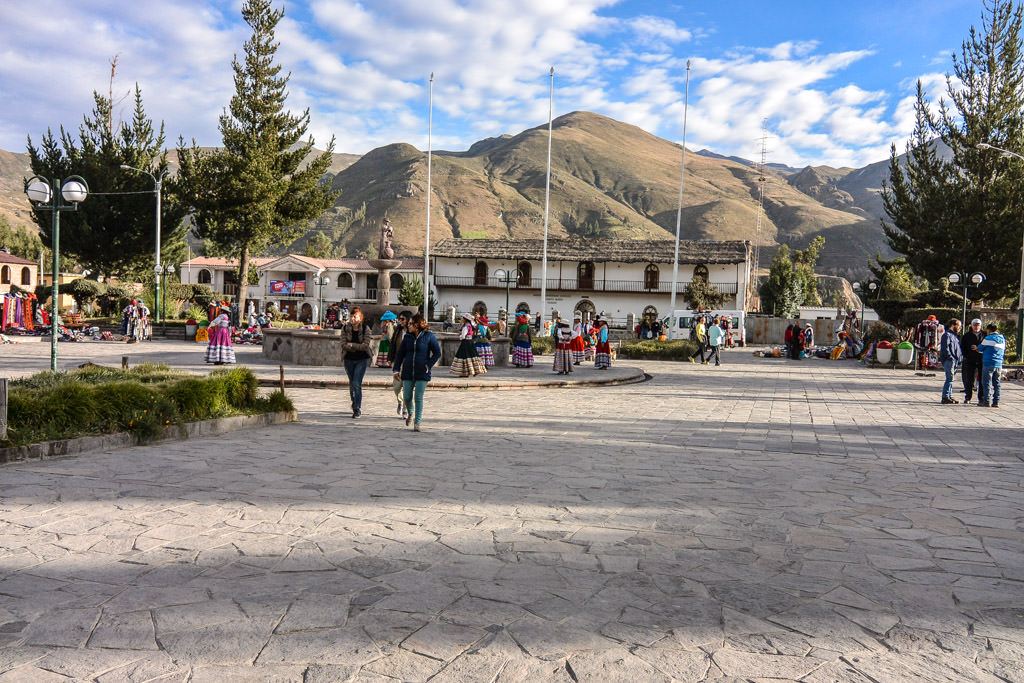 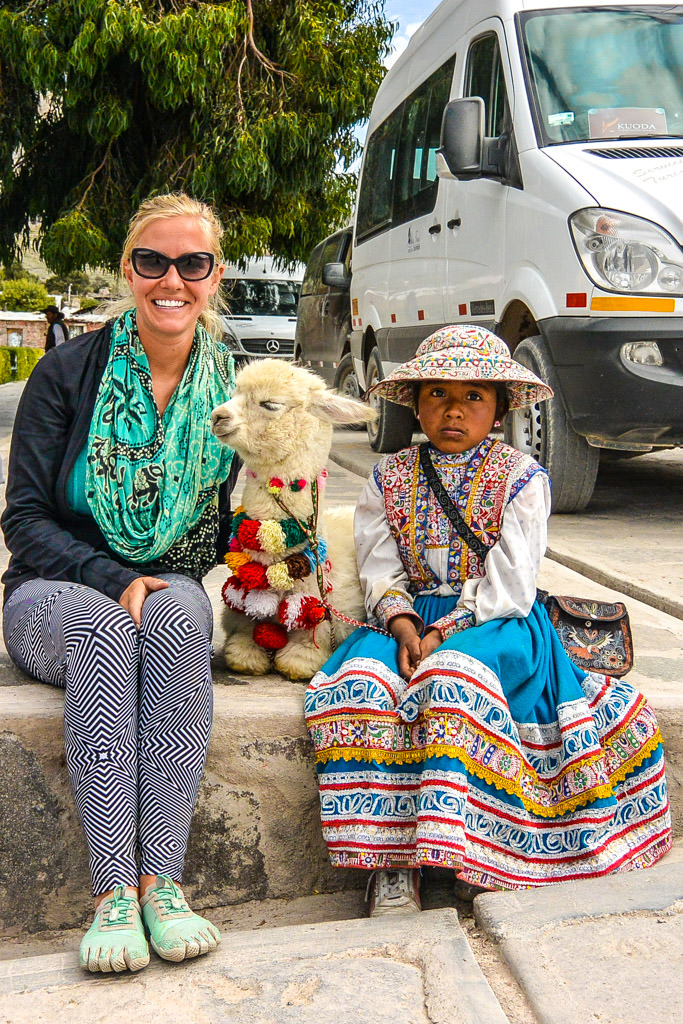 But my favorite part of the entire two day trip was without a doubt our stop at “Condor’s Cross”, a viewpoint to watch Andean Condors in Colca Canyon. (Read more on that here – it deserves its own post) Because, animals. 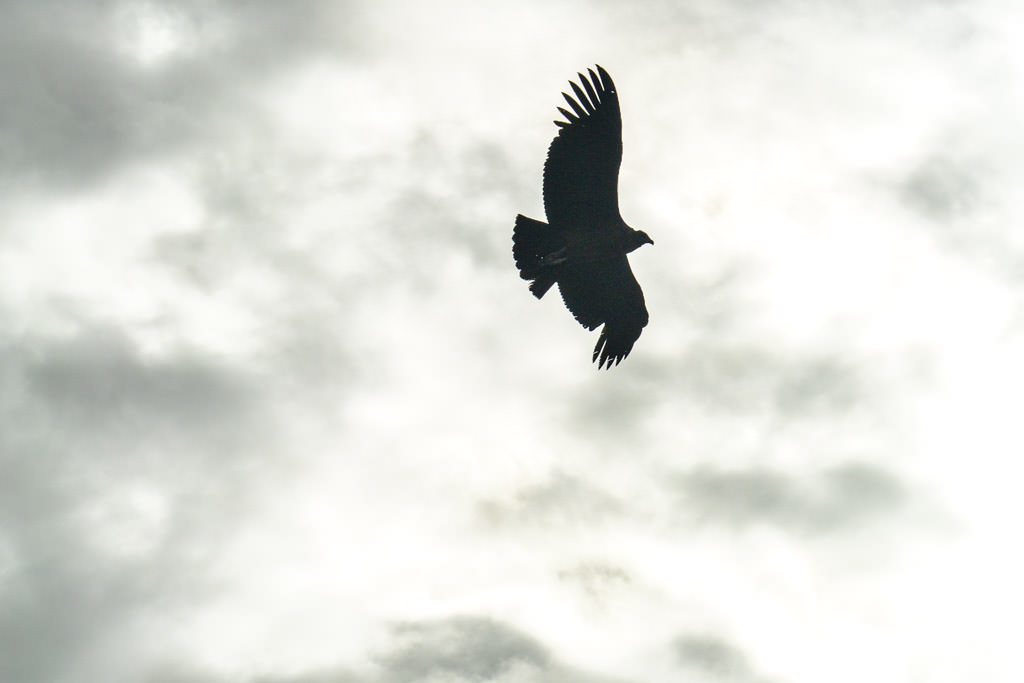 I have to admit that seeing Andeans condors in their natural habitat blew away any other experience, but the Colca Canyon Tour had a few other neat stops. We also visited Yanque town, Choquetipo and Artahuilque viewpoints, in addition to the traditional villages earlier. I also got to try a fruit that goes into making the “Colca Sour” (which I of course also tried), a local twist on the famous Pisco Sour. 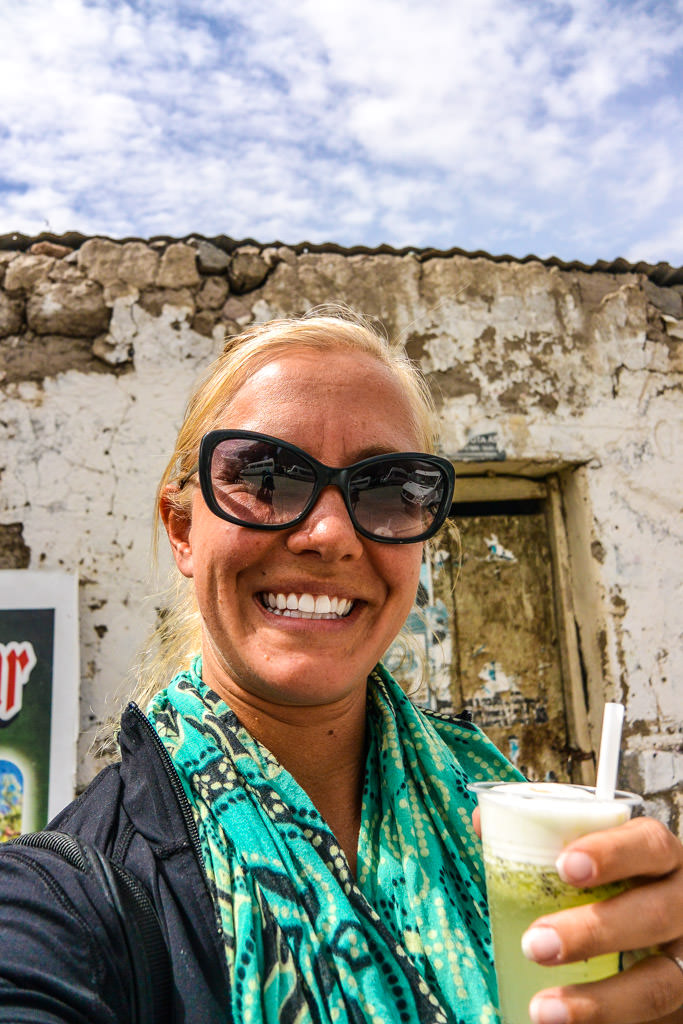 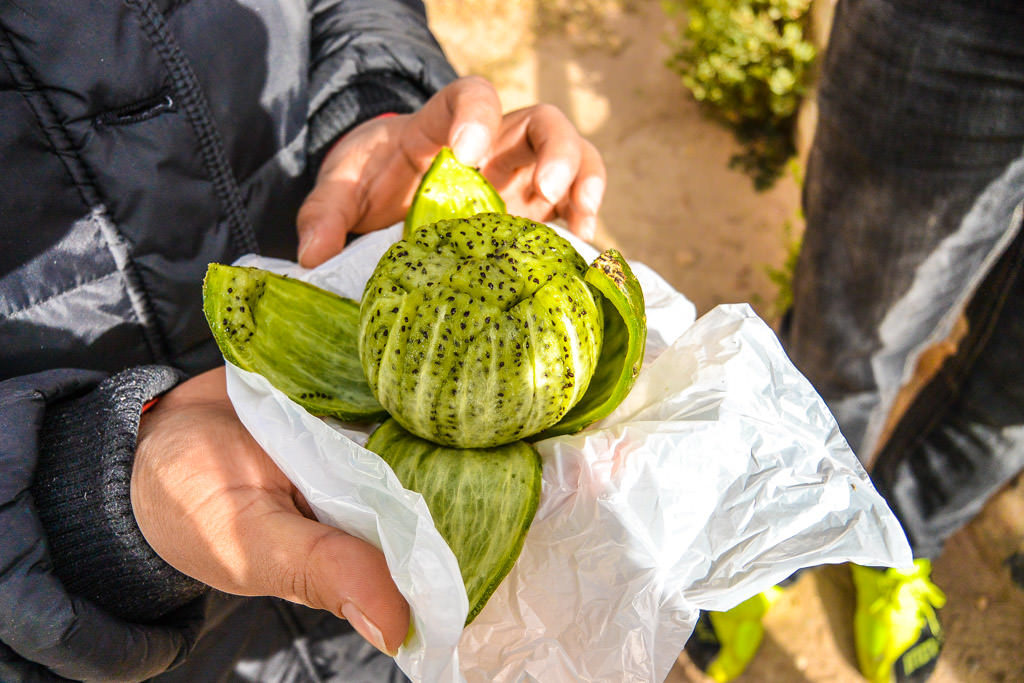 *I realized, after my Colca Canyon trip, that my limited time budget for Arequipa was a total mistake. One, because you should give yourself a few days to acclimate (maybe then you won’t be sniffing alcohol instead of checking out viewpoints), and two, because Arequipa is pretty damn cool.

The tour was just $28, and included roundtrip transportation from my hotel in Arequipa to Colca Canyon, a bilingual guide, and one night’s accommodation at a simple but comfortable hotel (2 people of the same gender per room with a private bathroom). The cost is an incredible value but does not include food (aside from bread at breakfast). 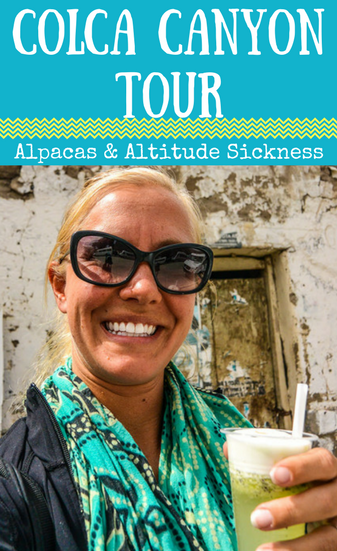 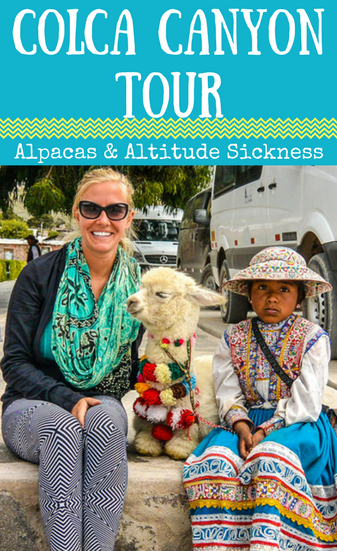 What do you look for when you travel? Are you an animal-lover like me? 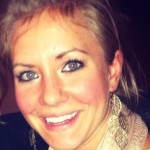