I arrived in Kratie as the base for my first ever homestay and first ever bike trip (with the Community Rural Development Tours – they’ve recently expanded their offerings! Check them out here)

We picked up our bikes in Kratie at 6am and hit the road on the Mekong Discovery Trail, grabbing a baguette from a vendor for 500riels and trying to make the most of a (relatively) cool morning.

It was already 80F and we had 50 miles to bike to Koh Phdao. 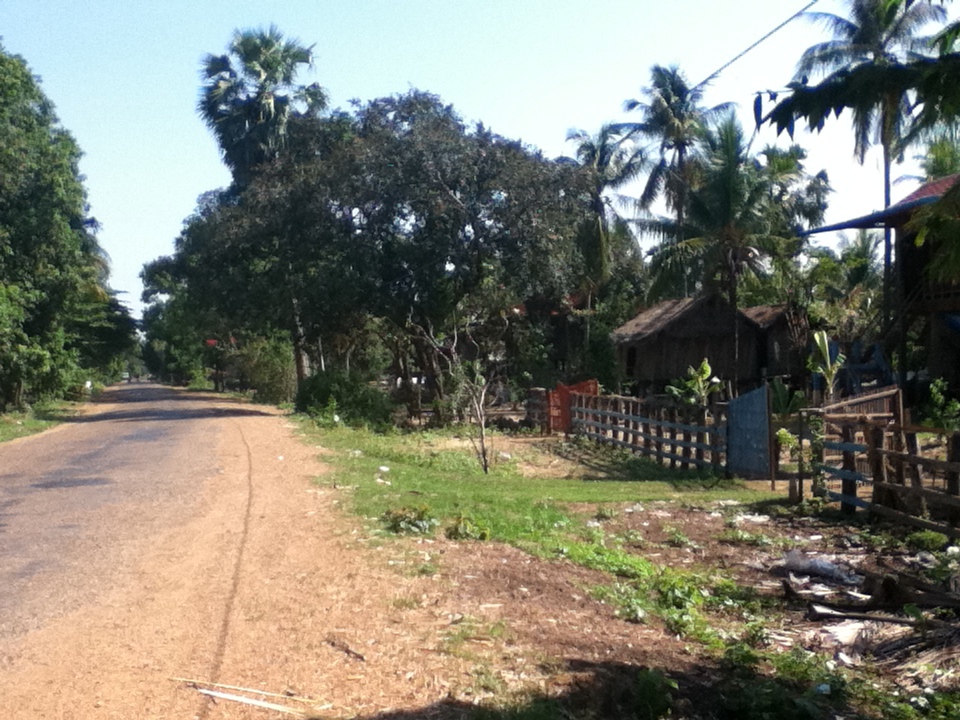 We were sweating buckets – I’ve never been so hot in my life.

Even when taking a break, standing was exhausting.

Every river, stream, and bucket of water I saw – I wanted to jump in.

My whole body screamed for cool. 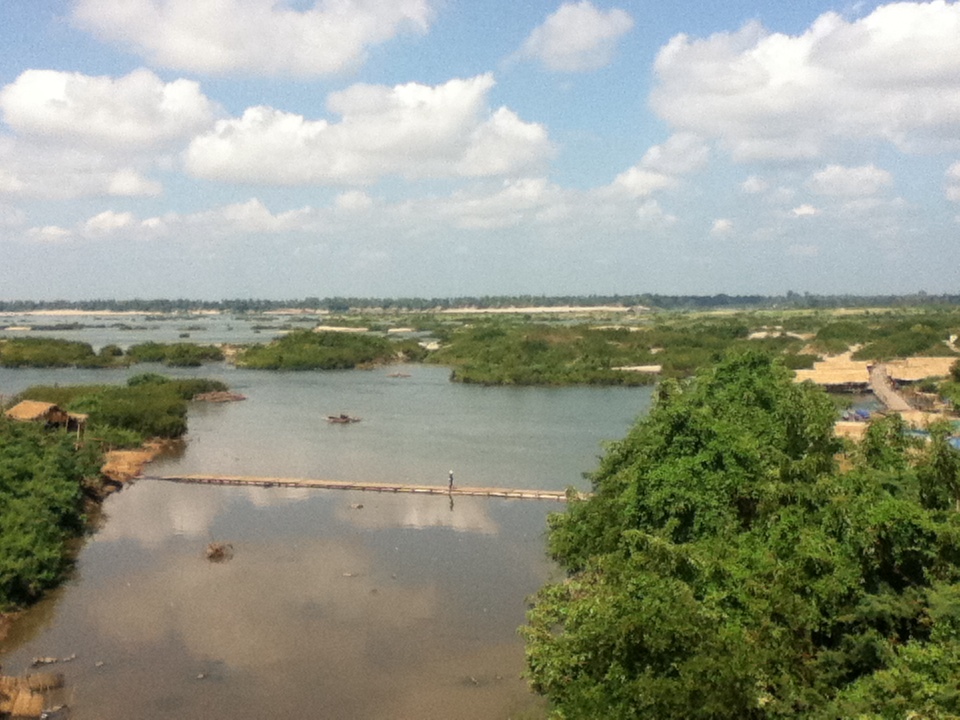 Luckily, the guys and kids at the snack shacks were always entertaining and got our minds off the seemingly impossible journey we’d taken on. 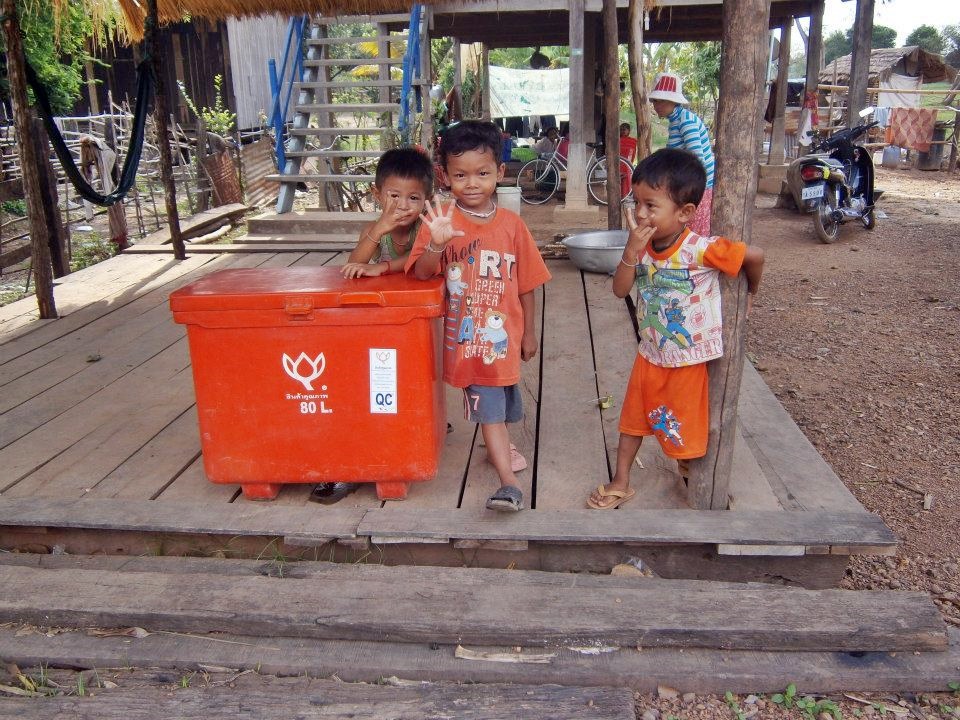 At one place, the awesome grandfather grabbed chairs for us and, even though he didn’t speak English, we did the best we could to converse. After telling him we were Americans, he pointed at my tan skin and his own tan skin (as compared to my friend being paler?) and said ‘Barack Obama!’ with a huge smile on his face.

Then he pointed at my friend’s beard and said ‘Saddam Hussein’ and made a hanging motion, paused a moment and mimed a beard and added ‘Osama Bin Laden!’

Strange what the rest of the world knows about America.

Our old friend then called over his son in law and grandson, and a bunch of other members of his family to come see us. Soon we were surrounded by 8 or so of his family members, including a son that spoke great English and was translating his family’s questions to us, and our answers back to them.

After that fun little break, it took us less than an hour to reach the ferry and take it across to Koh Phdao: our destination (1500 riel each person and bike total). 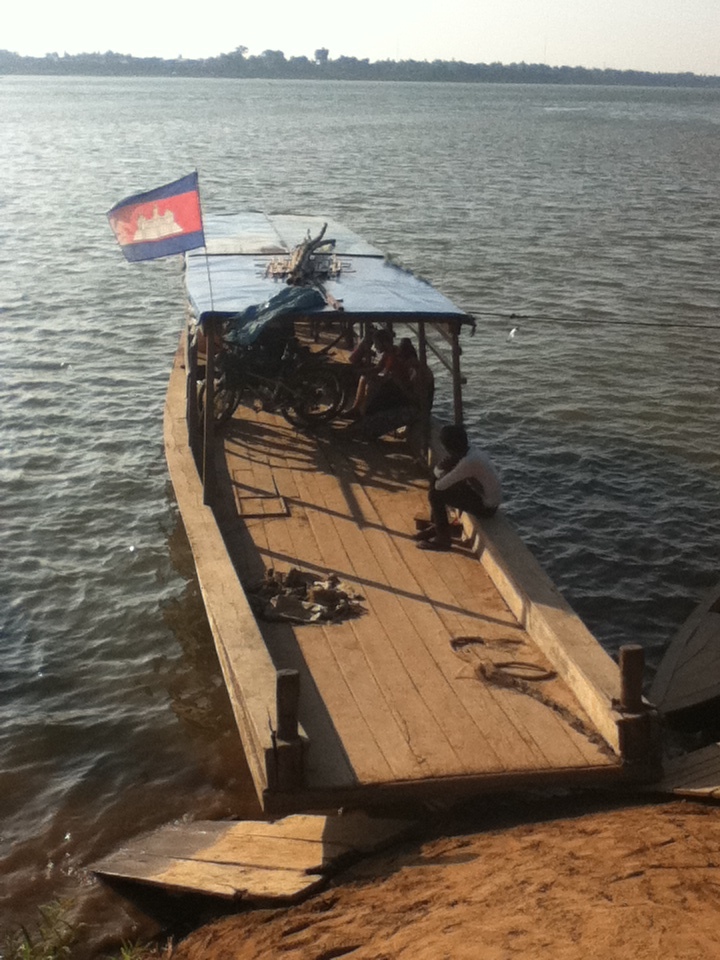 After pushing our bikes up the super steep hill, we had about another hour or so before we reached our homestay.

Sweaty, bums aching, and exhausted, we were welcomed by some members of our host family, the mom, dad, 7 year old daughter, and 3 month old daughter.

We grabbed some cheap snacks and an awesome ground ice slush from a few of the neighboring families, and then met our community guide, 28 year old Jaansna.

We all decided to take much-needed naps and reconvene at 2pm.

After our naps we got back on the bikes, this time with Jaansna too, and rode for a while more to see community initiatives in progress, including a huge irrigation ditch being hand dug with spades (in this heat! Ayyyyi).

Eventually we made our way to the community center, where the four of got on a boat in the Mekong.

We crossed the river and stopped at a sandy island to go swimming. After 50 kms of riding in sweltering heat, nothing had ever felt so good.

After soaking our sore muscles, we hopped back in the boat towards the center of the river.

A quarter from shore, the boatsman cut the engine and we floated. The sound of a deep, throaty exhale caught our attention – Irawaddy dolphins!

We sat and watched the amazing mammals, at least twelve of them, breathe, roll over, and surface all around us, a few times only a few meters away. It was absolutely amazing.

We continued back to shore, hopped on our bikes for the final torture of the day, and headed back to our homestay. We watched the father play with his daughter while the mom made dinner.. And what dinner it was!! So good, and so much, and so very needed after such a long day. 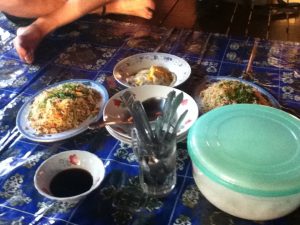 After dinner we chilled on the cool lower deck, and watched lightning as we waited for the temperature to cool. Eventually, we headed to our rooms, a part of the living space sectioned off with sheets for privacy, and mattresses on the floor, and mosquito netting.

The morning we woke up at 6am again, had another awesome meal, and headed back out to the ferry. 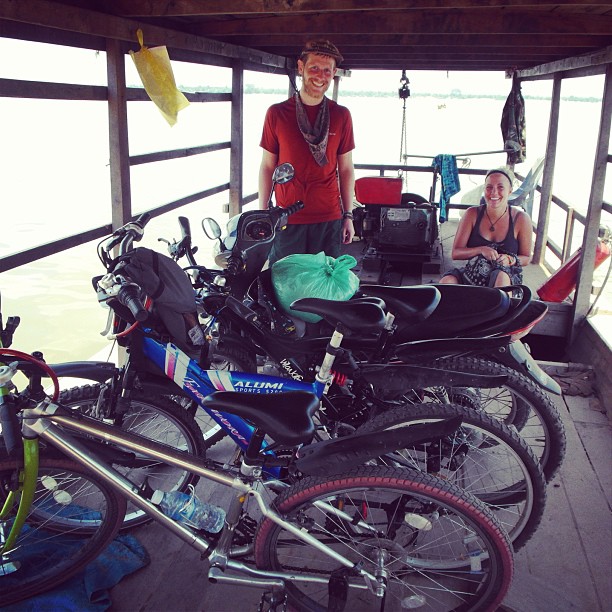 We made awesome time, being cheered on with the ‘hallo!!’s of countless children , stopping a few times for a water or crushed ice drink, returning our bikes to CRDT and arriving back to Balcony before noon.

The Mekong Discovery Trail was amazing, and exhausting.

I can’t lie, it was the most physically challenging thing I’ve done in Southeast Asia. The heat, lack of sleep (due to it being so hot), dehydration and not being used to riding a bike all compounded to make a pretty difficult second day (and end of the first day). That being said, this was one of the best experiences I’ve had so far. 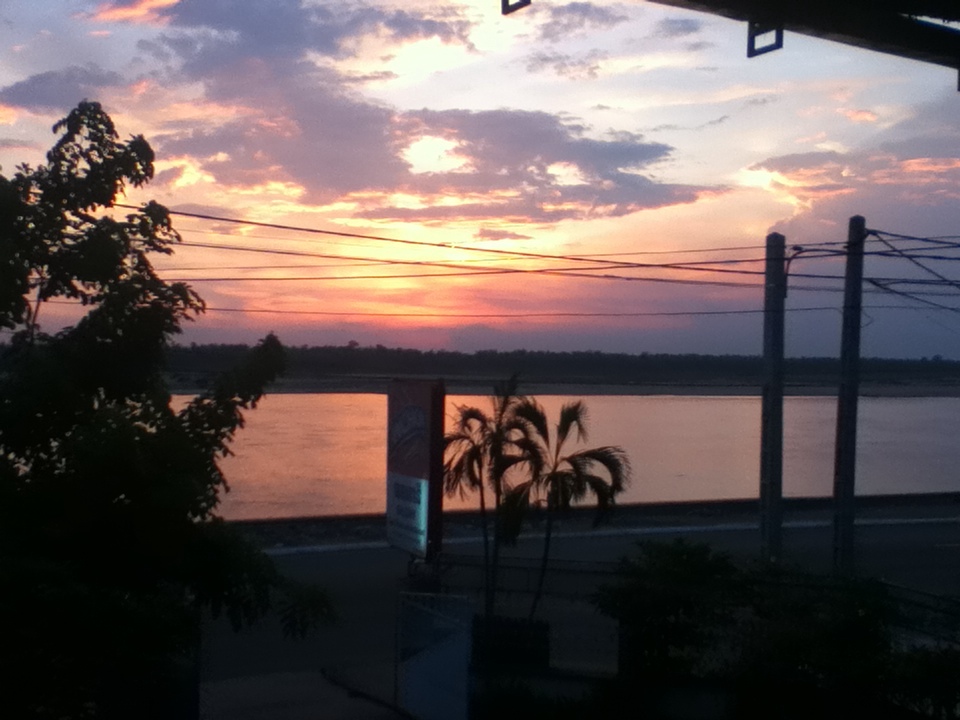 I would do it again, but never during April or May. Why did I choose the hottest time of year?

Pin it for Later:
Biking the Mekong Discovery Trail 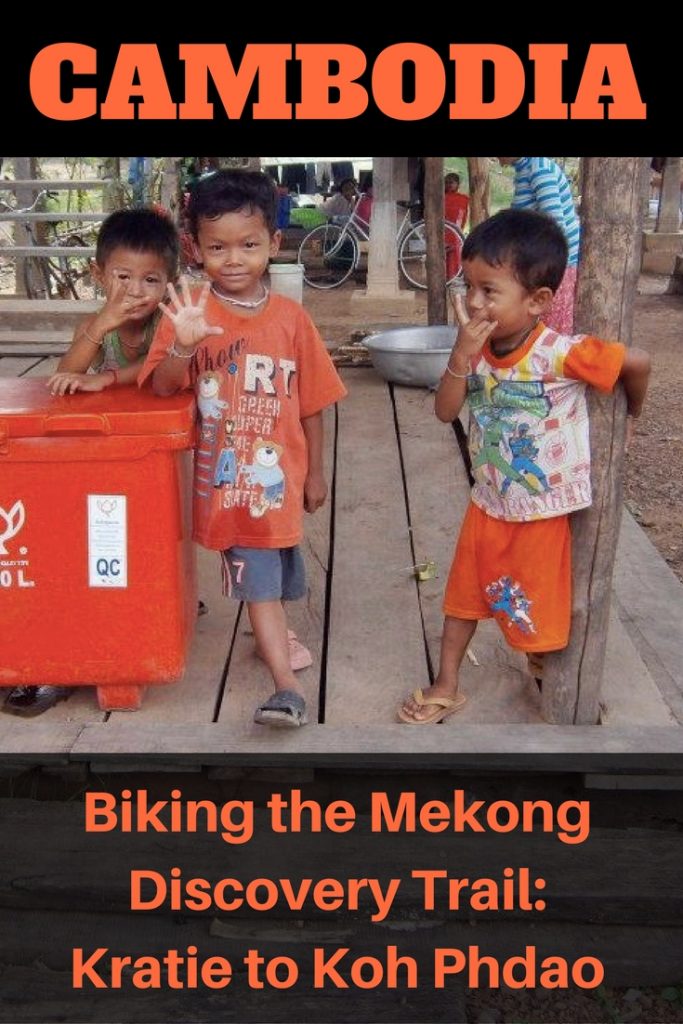 Would you do the Mekong Discovery Trail and a homestay? Have you already?