My first stop from Mexico City to Israel was a long layover in Detroit, Michigan: my home state, and my younger sister’s current hometown.

How the heck does an itinerary from Mexico City to Israel include a 24 hour layover at DTW?

This year, a roundtrip ticket from Mexico City to Tel Aviv in the middle of September (for our friends’ wedding) was around $1500.

Experiencing serious sticker shock (even compared to the typically pricey tickets), I decided to try something new. While I usually book with Skyscanner, I spent a bit of time and got creative with Kiwi.com.

I tried adding in some long layovers before and after my stay in Israel… and ending up saving around $1000 off my plane tickets AND I got a few incredible side trips: Detroit, Dublin, Belfast, Riga, Vilnius, and Stockholm!

For my short but sweet stay in Detroit I decided to shack up in the pretty and purposeful MGM Grand Hotel, which does double duty as accommodation AND entertainment center — it is home to a thriving casino, performance venue, and several restaurants. 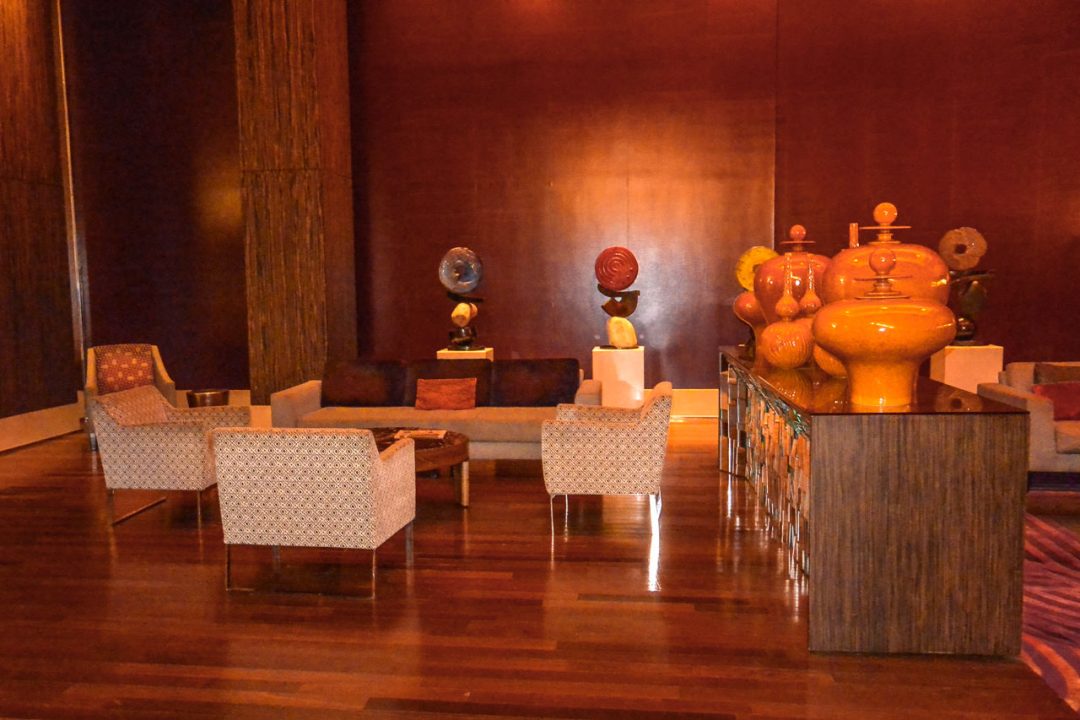 It was the perfect place to chill out in between my flights (I’m too old to base myself in the airport for longer than a few hours, seriously), catch some restful shut eye… and most importantly: spend some quality time with my sister, who would stay the night with me. 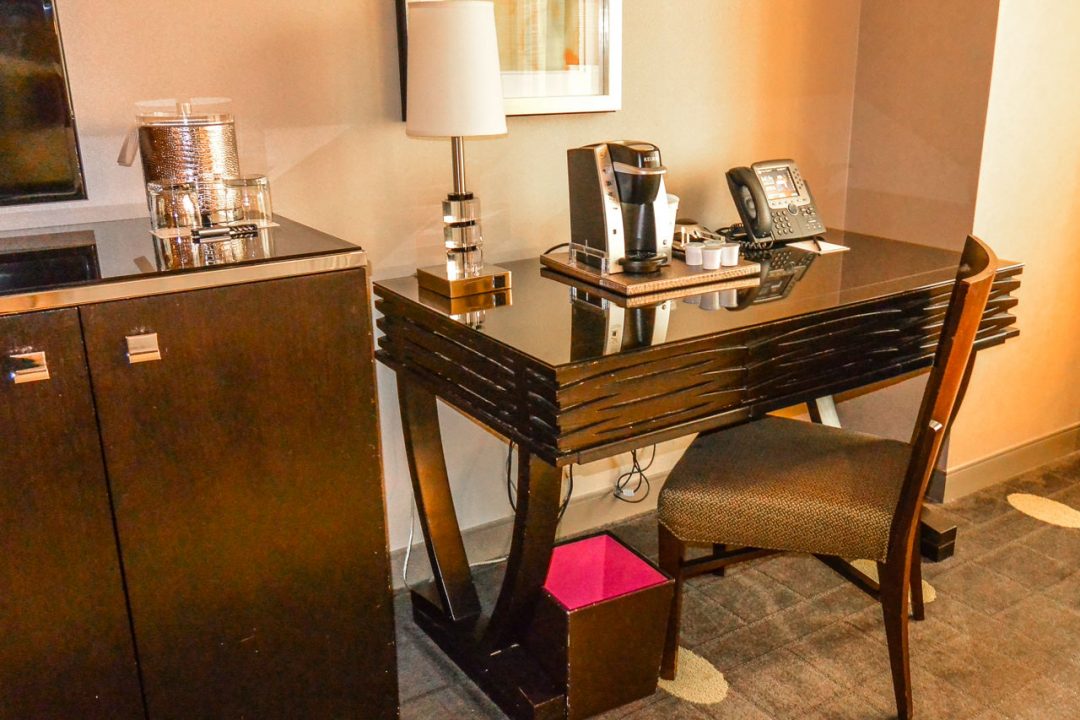 What did my 24 hour layover in Detroit look like?

Upon landing at Detroit Metropolitan Airport in the afternoon (and after getting interrogated – apparently traveling “too light” is seen as suspicious, instead of just minimalist and AWESOME 😉 ), I took a quick Uber to MGM Hotel.

My sister was still at work when I arrived to the hotel. I took advantage of the time to get refreshed. I showered, blasted some tunes, and drank a coffee to wake myself up. 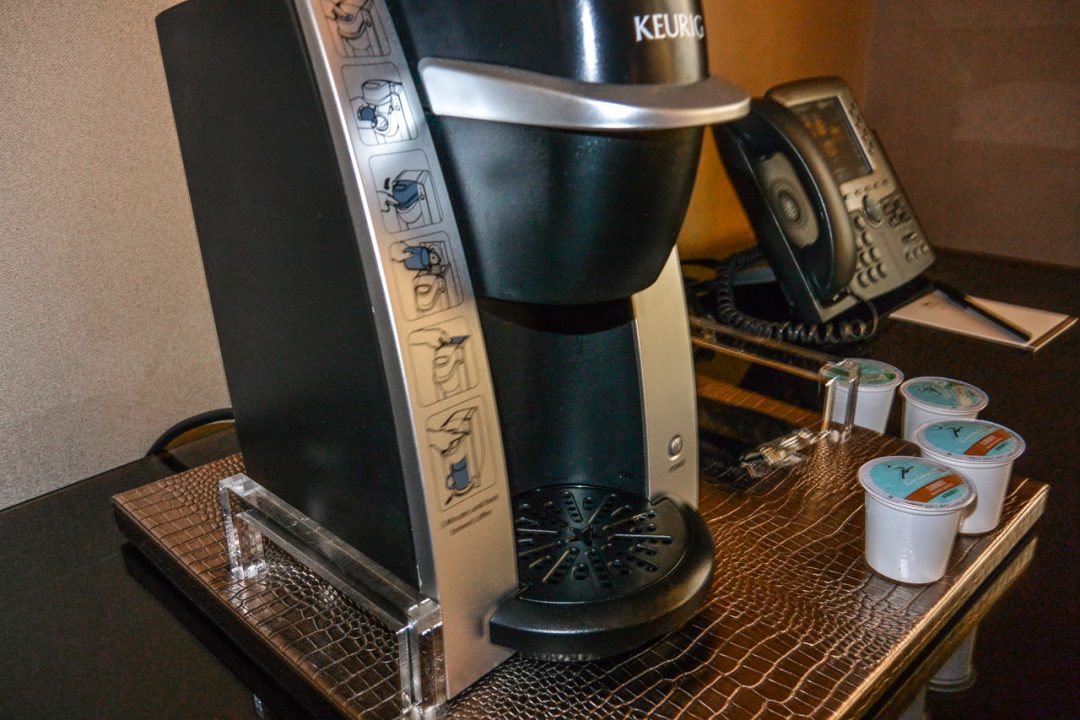 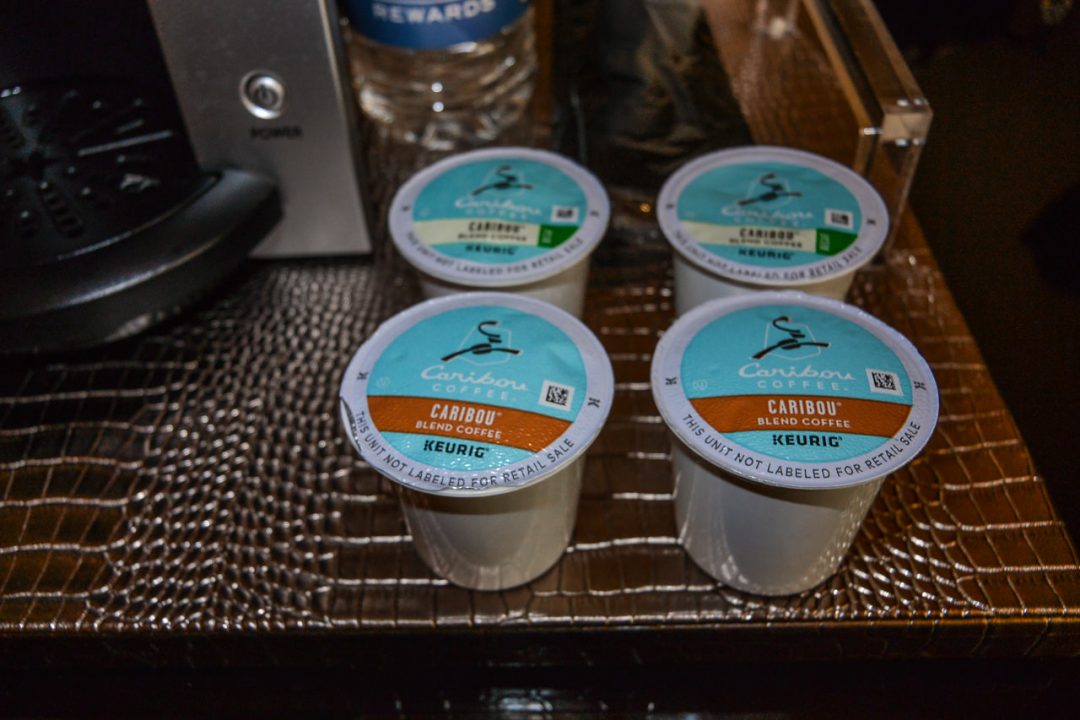 [Transportation puts me to sleep, always, whether it’s a plane, a train, or a car ride.]

Eventually, my sister arrived, and I was already on HANGER status so we made our way to her favorite restaurant in a nearby neighborhood: Blackfinn.

I got a bloody mary (as always), she got a cider (also as always), we shared some pretzels with cheese (hells to the yes), and I devoured a veggie burger while she went for the tacos. America the beautiful, there’s nothing like your pub grub. 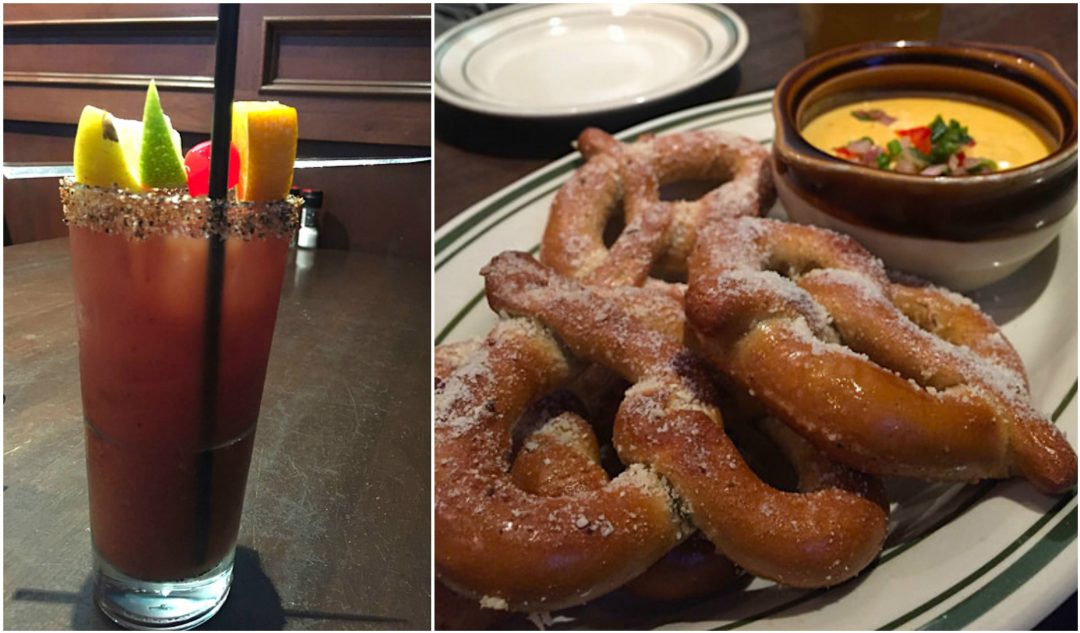 While chowing down on our delicious selections, a downpour started up outside… literally dampening our plans for the rest of the evening, which had included mainly wandering around the town.

We took our sweet time in the restaurant, hoping for the showers to lighten up… with no luck. We had to run through the rain back to the car before driving to Becca’s new apartment. She’s basically an interior designer in marketing analyst day job disguise, so it was adorable, of course.

While at her apartment, a flash flood warning for the entire Detroit area started, further decimating our plans. We hightailed it back to the MGM to spend the rest of the night safe and sound on the grounds of the hotel (which offers free parking for guests and is also fortunately FULL of activities).

24 hours isn’t a ton of time, especially if you’re gearing up for a longer trip. When you stay at the MGM, you really don’t even need to venture out of the hotel if you don’t want to… or if you happen to be flooded-in like we were!

Chill in the Pool 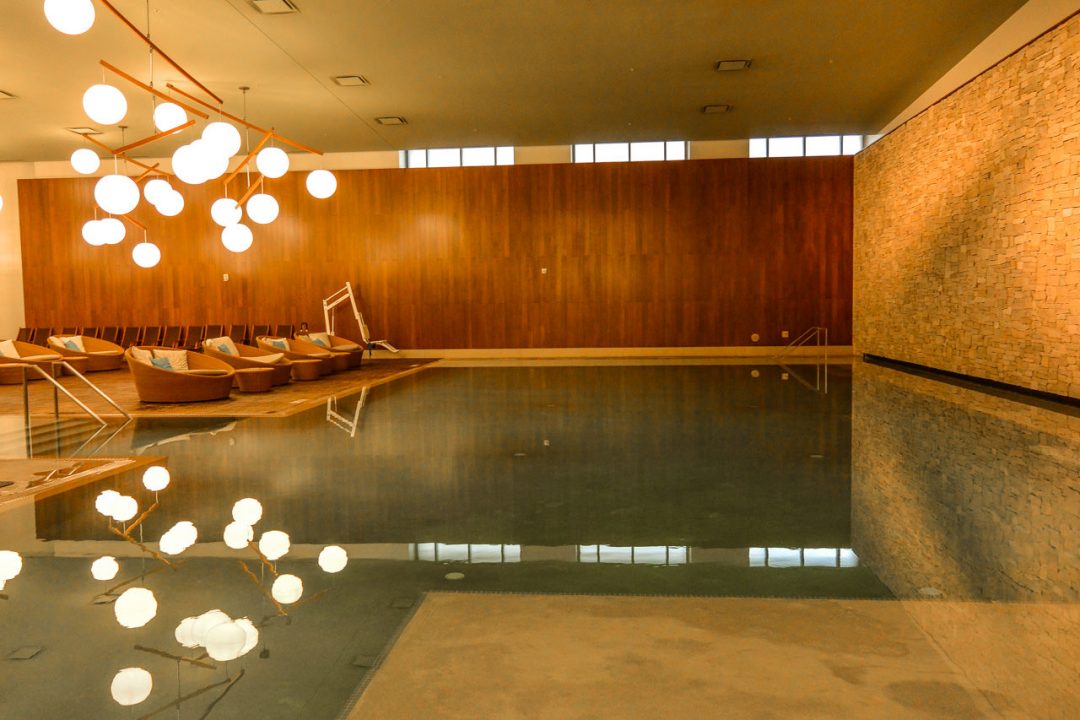 The MGM pool is newly redecorated, and feels like a relaxing oasis. The surrounding couches and chairs have a very Southeast Asian vibe (I’ve seen similar at many fancy hotels in Bangkok), which was a major plus to me, considering I miss Thailand each and every day! 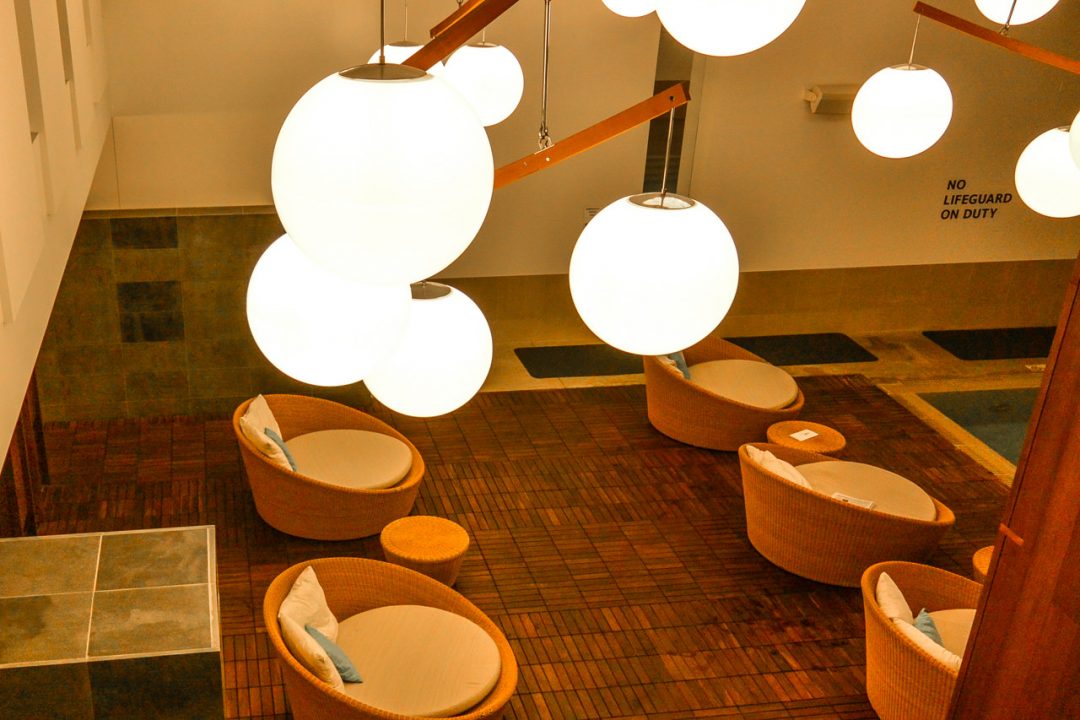 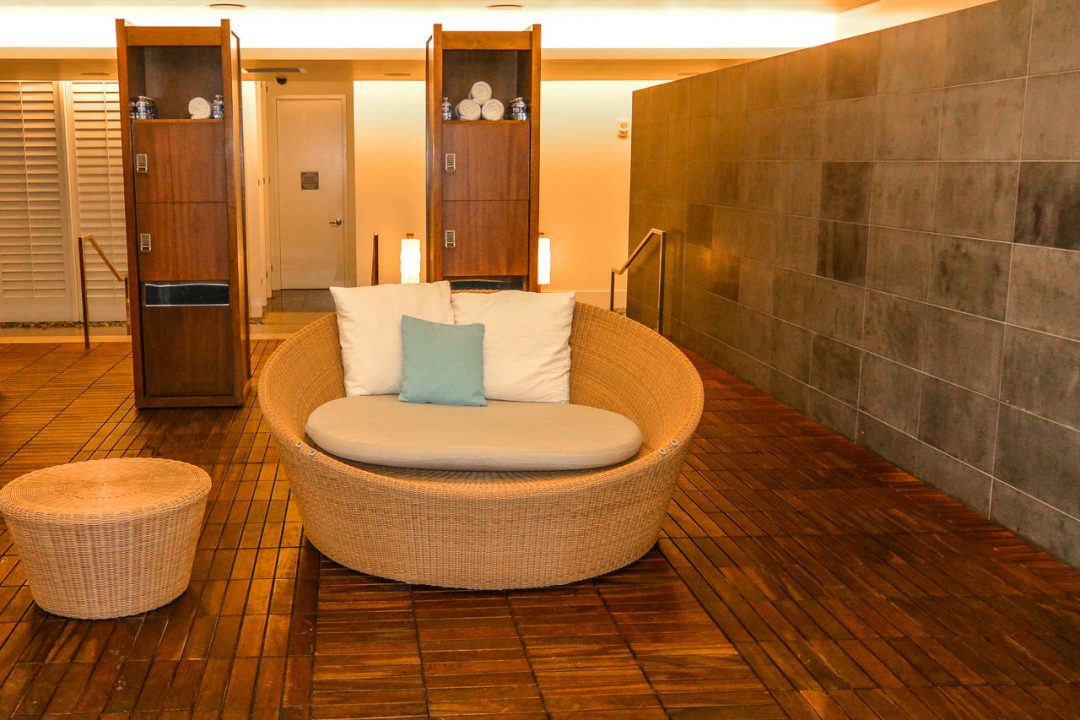 The MGM Grand Detroit hotel pool is a destination in itself. You can escape even the most frigid Michigan weather and feel like you’re somewhere in the tropics! I love the poolside loungers and the very relaxing, spa-like feel of the space.

Try your luck at the Casino

As no photos are allowed on the gaming floor, you’ll have to take my word that the casino is fully stocked with everything your gambling heart could desire, from slot machines to roulette tables to sports betting. The casino is open 24 hours a day, had free soft drinks, water, and coffee, and you don’t even need to go outside to reach it from the MGM Hotel.

Check out a Show

The MGM has a full gamut of performances, hosting everyone from Sinbad to the Plain White Tees (…”hey there Delilah”). Check out the full schedule here.

Get Your Workout On 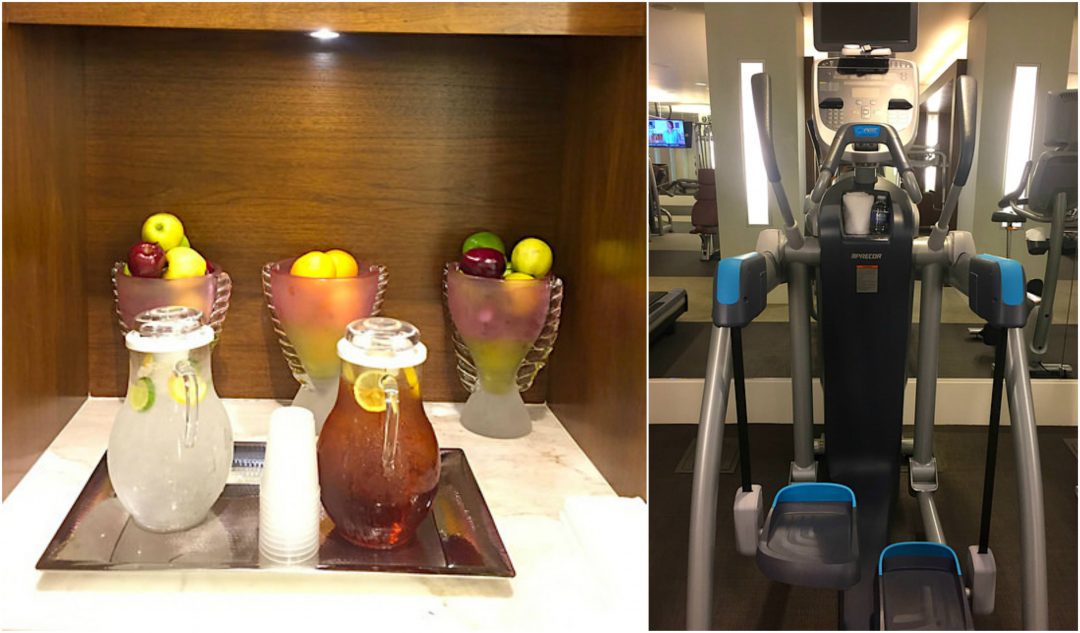 The workout room is fully equipped with a variety of machines and free weights. I loved that fresh towels were available, health magazines for browsing, and ice cold water. Some of the machines even have TV screens!

Have Dinner (and Drinks!)

The MGM offers four restaurants AND a food court (open 24 hours), so there’s no need to go hungry. Each of the restaurants also offers a few vegetarian options, so vegs like me don’t need to worry!

Relax in Your Hotel Room 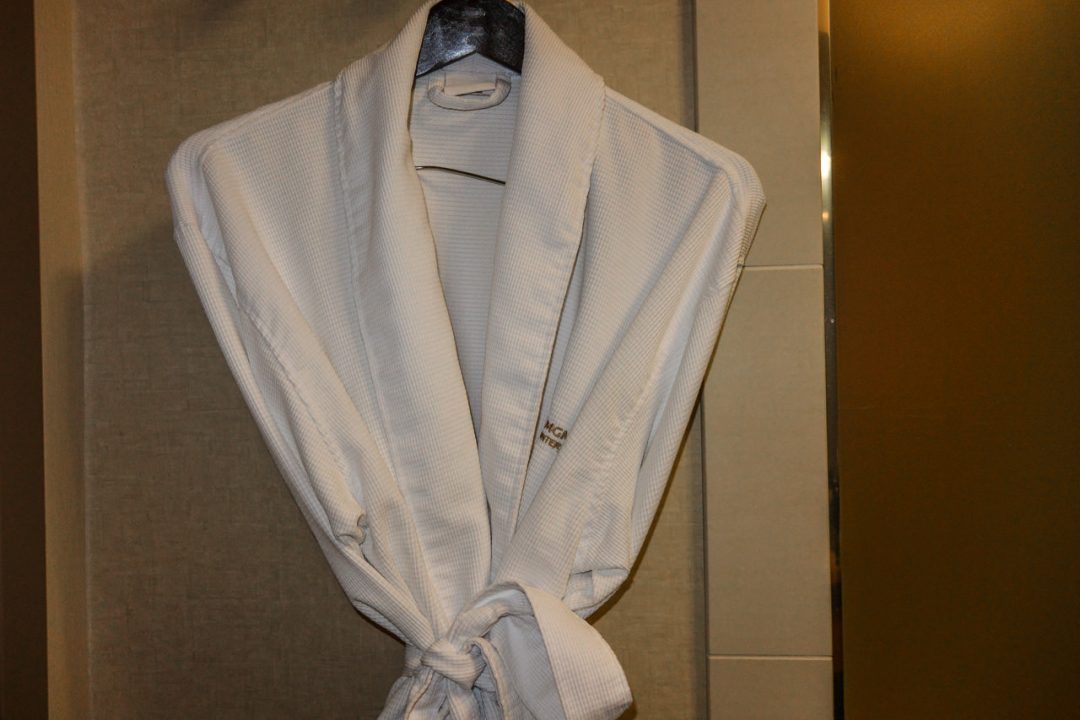 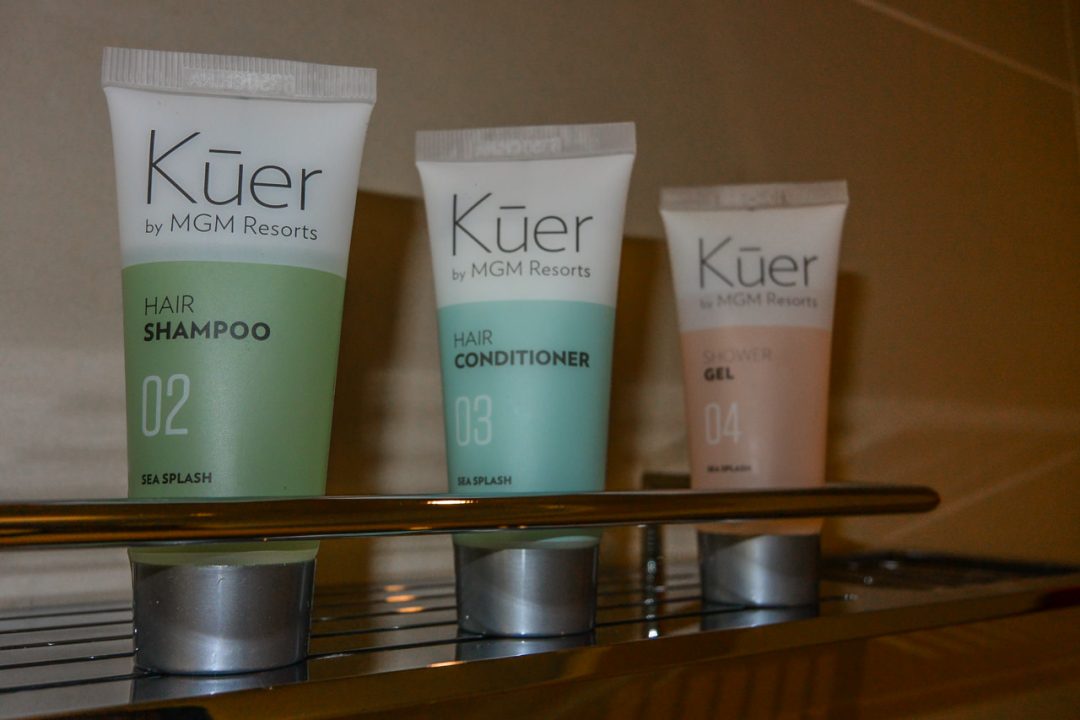 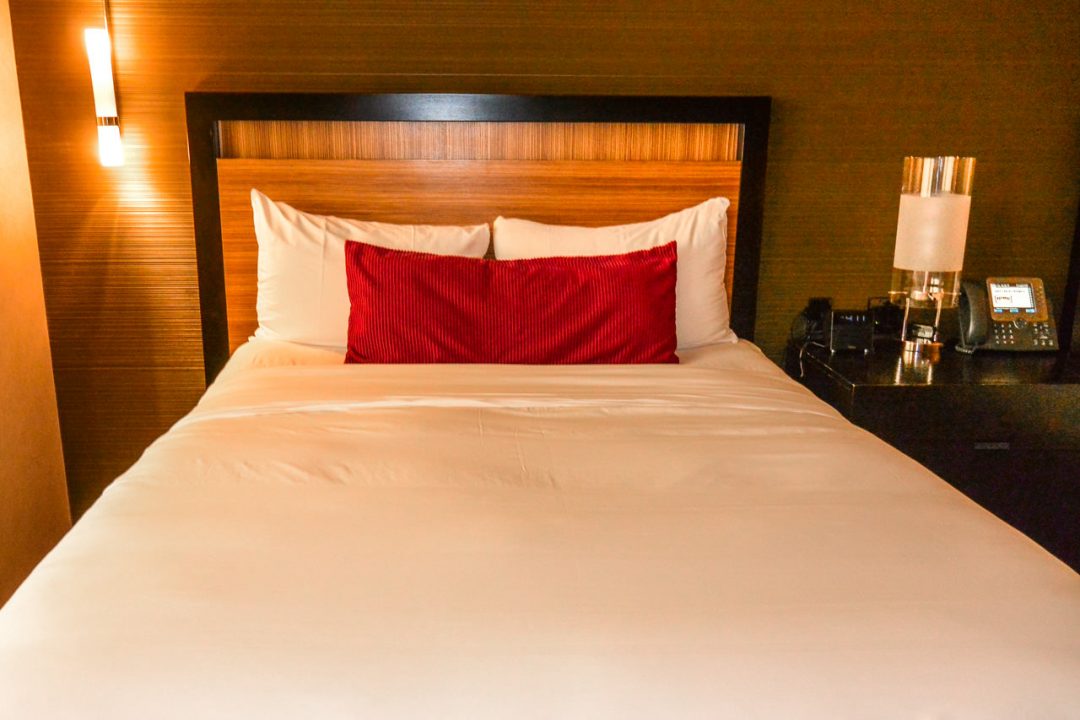 We opted for this last option, as we don’t get to spend that much time together (and Becca had forgotten her bikini and workout clothes in the mad flood-avoiding dash).

We decided to do a DIY spa night. We put on face masks (which we had remembered to grab), donned our hotel robes and slippers, and got our hardcore relaxation on — like only sisters and best friends can do.

The next morning, Becca went to work and I hit the gym hardcore before heading to the airport to get some work done before my flight.

All in all, a super successful layover! Sister time, delicious food, a great workout… what more could I ask for in an awesome layover?

Pin it “Long layover at DTW: 24 hours in Detroit at the MGM Grand Detroit” for Later 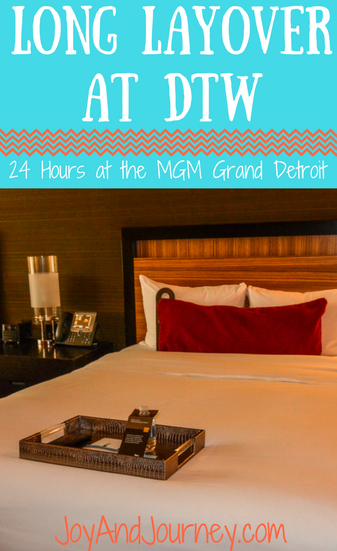 How do you like to spend long layovers? Or do you avoid them?